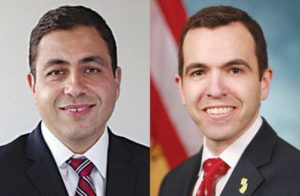 They are two of Murphy’s most trusted advisers. Helmy, as chief of staff, helps set the agenda while keeping the governor focused on the most pressing issues. Platkin helps develop — and provides the final legal look — at all policies. Their skills will be on display in the coming months as they both will be called on to help sell the governor’s budget proposal as well as his progressive agenda. They also will be involved in the discussions around the toxic culture toward women in Trenton, helping a governor who has come under fire due to allegations against his administration’s actions and efforts.

Jon Hanson
The Hampshire Cos.
Chairman 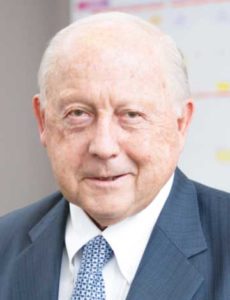 Hanson is the most respected and revered member of the real estate community. His successes in private industry are solid, but his ability to help the state advance key projects are legendary. Consider his presence in the past few years: He got involved in the projects that helped create a new campus for Rutgers in New Brunswick and a business/academic campus in Atlantic City for South Jersey Industries and Stockton University. And, then, Hanson has been vital to guiding the neverending project that was Xanadu into the now-opened American Dream retail-entertainment center, which has the potential to rebuild the sector in North Jersey while bringing in new dollars (and tourists) at the same time. 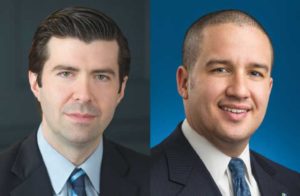 Sullivan and Lozano are tasked with the same goal (attracting and retaining business to the state) and face the same challenge (doing so in a sometimes less-than-friendly business environment, one currently without incentives). Both are up to the challenge. Sullivan is supplying a steady hand to the EDA, while Lozano continues his push to bring more international companies to the state. It’s not an easy task. Both, however, have strong support from the business community, which feels they are overachieving considering the (lack of incentive) cards they have been dealt. 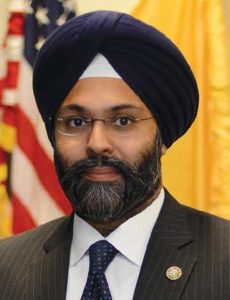 Grewal has been involved in a number of high-profile cases on behalf of the state, most notably the national fight against the opioid epidemic, and accusing the Environmental Protection Agency of violating the Clean Air Act by not addressing pollution that is coming from other states. Most recently, he and other defendants around the state won a legal battle to support Gov. Phil Murphy’s 2018 law to allow judges to temporarily prohibit individuals from possessing a firearm when they present an extreme danger to others. 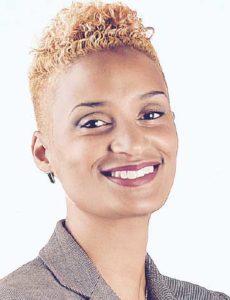 Glover, long respected for her work in Newark at both the Community Economic Development Corp. and now Newark Alliance, is now serving a larger audience with her appointment to the board of the New Jersey Economic Development Authority. An expert in all things development — especially development done with social mobility in mind — Glover will provide insights to the state agency as it attempts to reform the state economy. Her role in Newark, as the head of the Alliance, should not be overlooked, either. 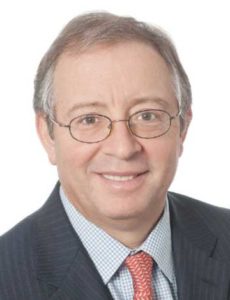 Here’s the deal: Coscia is worthy of a top spot in this list simply because he is one of the state’s top attorneys, specifically in dealing with corporate and real estate finance transactions and mergers and acquisitions. But that’s just part of what he does. As chairman of Amtrak, he’s not only worked to turn the company around (it’s profitable for the first time) he is working with New Jersey Transit to build a better relationship between the entities to create better rail infrastructure in the state. This, of course, leads to the ultimate: He is one of the chief planners/negotiators/leaders of the once-in-a-century Gateway Tunnel project. No one can be sure when it will get approved and ultimately finished, but, when it does, you can be certain that Coscia’s influence will be all over it. 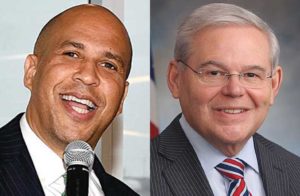 The state is fortunate to have two influential senators in Washington — now, if they can only figure out a way to use that influence for the ultimate prize: the Gateway Tunnel project. Insiders say they are making all the right moves in a fight that ultimately comes down to the will of President Donald Trump. Their efforts don’t end there, especially when it comes to serving the underserved communities in the state. Both are pushing for economic measures to help strengthen the middle class while offering opportunities for those looking to get there. Booker — who surprisingly never caught on nationally (we’re guessing 2020 won’t be his only try for the presidency) — will now have more time to push his signature legislation: Opportunity Zones. 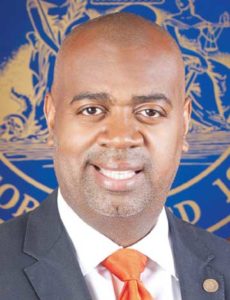 Some will knock him for the water crisis in the city. Others will say, ‘When’s the last time you heard about that?’ pointing to his handling of a crisis that wasn’t as serious as the one in Flint, Michigan, and wasn’t a result of his negligence. Everyone can agree on this: Baraka is the powerful leader Newark needs now and in the future. He is bringing people to the table like never before, and getting projects done and ribbons cut. And, while so much of the headlines have been about building business and academic opportunities, Baraka has never forgotten about the residents. He is pushing for more housing units — and more homeownership — like no one has before. He knows housing is the next step to the city’s success. 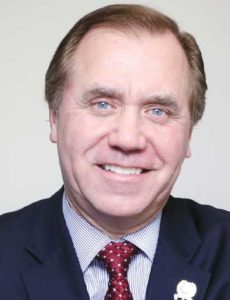 The speaker gets credit for being somewhat of a rarity in politics: “He’s a gentleman,” one insider said. “And he’s genuine, too. What you see is what you get,” This approach is paying off on policy. “He’s thoughtful and deliberative, rather than reactive. This works brilliantly. He knows he can jump out of the gate to say something and get in some headlines; instead, he looks at it from every angle and provides a thoughtful response. And that’s kind of rare sometimes with politics.” And it wasn’t what was expected of Coughlin, who some felt was a selection that was agreed upon by all the right people. Now, he plays the role of peacemaker. “It seems if the governor proposes something, Steve Sweeney won’t like it. If Steve Sweeney proposes something, the governor won’t like it. That’s why the speaker steps back and takes a careful look at it. Because, ultimately, if those scales are tipping one way or the other, when he puts his thumb on one of the scales, it makes a difference.” 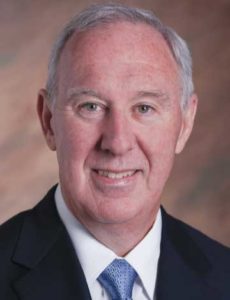 He is the chairman of the state’s largest insurer. That alone puts him high on this list. But Conlin’s influence extends beyond just the title. First, there is the push for Horizon to change its corporate form to a not-for-profit mutual. While many appear to favor this, recognizing the need to give the company more flexibility to operate in a rapidly changing health care market, others worry that the plan might somehow be a backdoor to conversion or might otherwise jeopardize the company’s unique historical mission. Conlin and his team will need to make their case — substantively and politically — to Gov. Phil Murphy’s administration and its progressive allies to get this done. Then there was the decision for Conlin to step away from his CEO and president roles (Gary St. Hilaire starts in April). That’s not an easy thing to do. Doing so may help influence other leaders to do the same thing, which is putting the company and customers they serve over themselves.