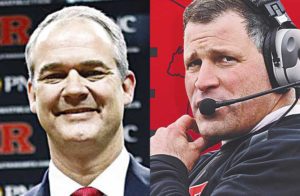 A funny thing happened on the way to Greg Schiano helping Rutgers return to relevance — and influence: Pikiell beat him to it. Pikiell has the men’s basketball team playing before packed houses (it’s been awhile since that happened) and potentially headed to the NCAA Tournament (it’s been 29 years since that happened). The excitement is not only drawing fans — and, potentially, top recruits — it’s finally showing the impact joining the Big Ten can have on campus. People are talking about Rutgers. These two guys have a lot to do with that. 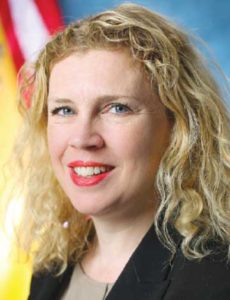 Not familiar with her? Get to know her … she might not be in New Jersey for long — she’s that good. “She is the superstar that few people know about,” one insider said. “But those in the administration certainly do.” She has been the leader on a lot of the policy issues involving energy, one of the key initiatives of Murphy’s administration. She was brought to the administration from D.C., where she was an executive vice president of a political consulting group after serving as a senior policy adviser on the U.S. Senate Foreign Relations Committee under then-Sen. John Kerry, acting as lead staffer on climate change issues. “If there is a change in administration in Washington, she would be one of the first people to get a call,” the insider said. 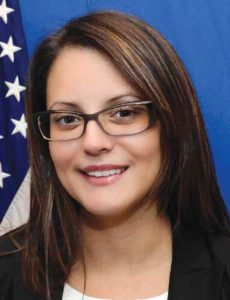 She will be at her best (and most influential) in the coming months as the Assembly Budget chair. “You don’t know how powerful and effective she is until you see her in action,” one insider said. “People don’t always realize that she is one of the most powerful members of the Assembly.” And not just on the budget: Pintor Marin has not shied away from being a leader in helping to change the toxic culture in Trenton. 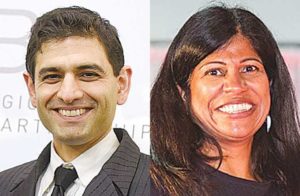 The two often are paired because of their work in helping Prudential fulfill its mission of having an impact in the city of Newark. Sathe oversees all the underwriting, origination, pipeline development and portfolio management activities for a unit that manages more than $600 million in investments. Reddy, as the chair and president of the Prudential Foundation, helps the company make long-term investments that yield tangible results though both grants and program-related investments. 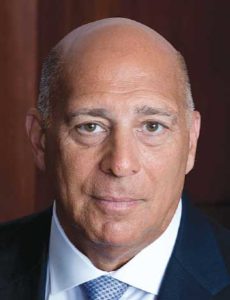 He’s a national labor leader, serving as the second general vice president at the United Brotherhood of Carpenters. Most people feel the carpenters are the state’s most powerful union; Spencer is a big reason why. “Nothing gets built without going through the carpenters, and that means going through Frank,” one insider said. A former Camden County freeholder, Spencer remains active in New Jersey. He is on the board of the Casino Reinvestment Development Authority. 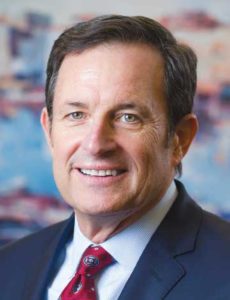 For starters, there’s this: Atlantic Health was one of two companies in the state to make Fortune’s Best Places to Work in the country — and Morristown Medical Center, its flagship hospital, was again selected by U.S. News & World Report as the top hospital in the state. Want more? All Atlantic Health System medical centers are on a Magnet nursing journey, with Atlantic Health’s Morristown Medical Center being named a Magnet Hospital for Excellence in Nursing Service for the fourth consecutive time, an honor claimed by less than 1% of the hospitals in the United States. Gragnolati also has led the charge for innovative solutions to improve access, affordability and inclusion, including the creation of the Atlantic Alliance, a physician-led clinically integrated network, and partnered with five of the state’s independent hospitals to form the Healthcare Transformation Consortium. 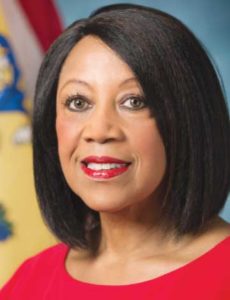 Some health issues have slowed the LG when it comes to being the economic development force that she can be — but they haven’t stopped her. Oliver gets strong reviews for her work in helping to reshape Atlantic City as the head of the Department of Community Affairs. “This is a leader who knows how government works — and needs to work — at all levels, especially the local level,” one insider said. “She’s just getting started in her work with the Murphy administration.” 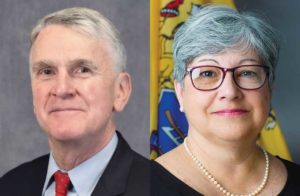 Corbett is the point person on the monumental task of improving NJ Transit, but Gutierrez-Scacetti’s role in all things transportation should not be overlooked. The reason is simple: Rebuilding our transportation infrastructure is the key to the state’s future as an economic power. And, for all that is heard about the Gateway Tunnel project — and it literally is a once-in-a-century undertaking — if New Jersey cannot fix its roads and bridges, it will miss out on its golden opportunity to rule e-commerce. 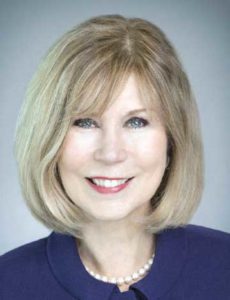 She is the face of the state’s biggest bank — and now the chair of the New Jersey Chamber of Commerce. Well-respected by all, she is brought in on economic development questions. “She is a connector of people and ideas,” one insider said. “That’s why she is involved in so many groups. She has the ability to cut through the clutter, get to the details and bring consensus.” She will be a key part to the state chamber’s efforts to be heard within the walls of Trenton. 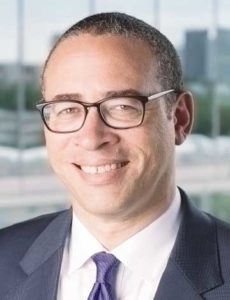 How do you make the list when you haven’t started working here yet? Simple: Be the most anticipated hire in many years — one that already has a long list of top leaders eager for a meeting. Holloway has big shoes to fill, following the tenure of Bob Barchi. But he enters as the head of the university during a time when the business community has never been more interested in interacting and partnering. The Rutgers community has long viewed itself as an ultra-elite national university. Holloway, with his experience at Yale University and Northwestern University, could be the person that finally leads it there.