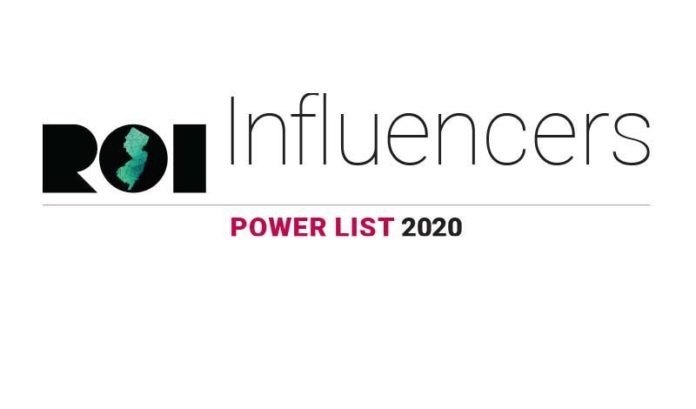 After so many thought leaders across New Jersey came up with the same idea when it comes to who is its most influential person — generally regarding it as a stalemate between Gov. Phil Murphy and Senate President Steve Sweeney — we thought we’d go to an expert.

“Clearly, there is tension between Murphy and Sweeney that hangs like a dark cloud over everything that happens in Trenton,” Ben Dworkin said. “And this tension stems initially from the fact that one of these people is governor and the other one wants to be governor. But it goes further than that, because these are two very different people based on upbringing and a temperament and leadership style. So, there’s conflict.”

Find out who’s in the Top 30 Influencers:

Dworkin is the director of the Rowan Institute for Public Policy and Citizenship. He’s seen it all in a lengthy career that has intersected with so many universities in the state: He held a similar position at Rider University for a decade, he earned a Ph.D. from Rutgers University and was awarded an undergraduate degree by Princeton University. He’s worked in the private sector. And he’s worked in the Legislature.

All of this experience tells him Murphy is still the No. 1 Influencer in the state.

“If you’re looking for a political science answer, it really depends on how you define influence,” he said. “If we’re strictly talking about legislation, neither can get something done without the other.

“If we are talking about influencing people statewide, the governor has more tools at his disposal. The governor makes all these appointments, to judges, to every board and commission. The governor has tremendous patronage within state government. The constitution imbues the Governor’s Office with more powers than it does for the Senate president. So, the more you expand the definition of influence, the greater the governor’s powers.”

Dworkin, however, admits Sweeney has plenty of power to slow down Murphy.

“On some high-profile (actions), certainly the governor can be stymied by the Senate president,” he said. “Appointments might not be approved. Obviously, anything that deals with legislation isn’t going to move through the Senate unless a deal is cut between the two sides. But the governor is still the governor and the governor can command public attention in a way that Steve Sweeney cannot. I’m talking about the general public.

And, while he agrees that Sweeney has stymied the governor, he does not see it as much more than political business as usual.

A stalemate? That’s not the way Dworkin sees it.

“I would push back on that,” he said. “Look, there’ve been some high-profile disagreements, the millionaire’s tax being a good example. We’ve had delays in the budget, but there’s always a budget. We haven’t reached the levels of dysfunction that you see in Washington, D.C.”

There hardly is harmony. But that’s not all bad, Dworkin said.

“You have the conflict that the constitution demands between the branches of government,” he said. “There are high-profile disagreements and there’s always a bit of a tension and things take longer, but it’s not dysfunctional. You know, we eventually come up with a compromise.”

The proof, Dworkin said, is in the passing of much of Murphy’s progressive agenda.

“The state is still doing things,” he said. “We should only look to the initial year of the Murphy administration: Paid family medical leave, refunding Planned Parenthood, even tougher things like raising the minimum wage — these are things that all came together because a lot of folks, including the (Assembly) Speaker (Craig Coughlin), found ways to push them across the goal line.

“To a degree that the state wants to see a progressive agenda, they’ve largely seen this progressive agenda. And, while Murphy may be most identified with that agenda, as would be expected given he is the apex of the pyramid in political power in the state, it only happened because they were able to work together.”

More flights to the South? Spirit, which has base in A.C.,...