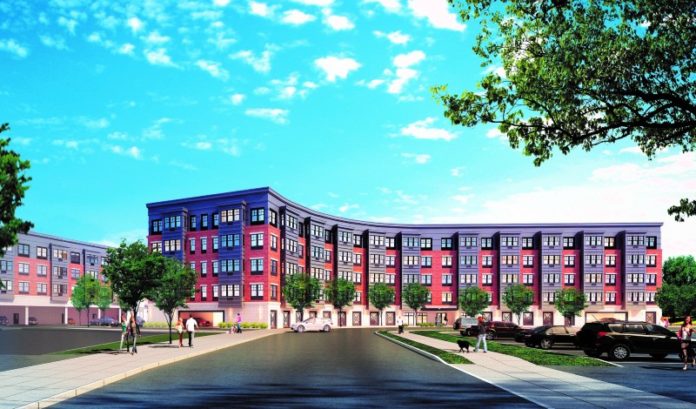 Leasing has officially begun at Centurion Union, a new rental property within the Union Center business district in Union.

Located at 975 Bonnel Court, the five-story building has 80 one- and two-bedroom upscale residences priced from $1,930 a month. Initial occupancy is slated for March 1.

The Marketing Directors will serve as the exclusive leasing and marketing agency for the property.

“The opening of Centurion Union ushers in a new era for Union Center, where municipal efforts to create a vibrant new lifestyle experience along Stuyvesant Avenue have taken root,” Manuel A. Fernandez, founder of American Landmark Developers, said. “As the first new construction residential building to be introduced in Union’s reimagined downtown in three decades, Centurion Union delivers a modern residential opportunity to this flourishing and close-knit neighborhood while placing residents just steps from a diverse offering of dining, retail and conveniences.”

“Centurion Union is an exciting new lifestyle choice for residents looking to reside in one of Union County’s most eclectic downtowns,” Adrienne Albert, CEO of The Marketing Directors, said. “We expect it to appeal to renters from throughout the spectrum, from young professionals and couples seeking a convenient commute to work regionally or in New York City to empty-nesters looking to downsize to a more maintenance-free and city-centric lifestyle.  We also anticipate significant interest from those working at major nearby employers such as Bed Bath & Beyond, Overlook Hospital, Merck, Celgene, and Prudential Financial.”

The property is within close access to routes 78 and 22 as well as the Garden State Parkway and Newark Penn Station.

Centurion Union is the first of a multiphase project in Union Center by American Landmark Development. The initiative includes nearly 300 new homes and 27,000 square feet of retail.