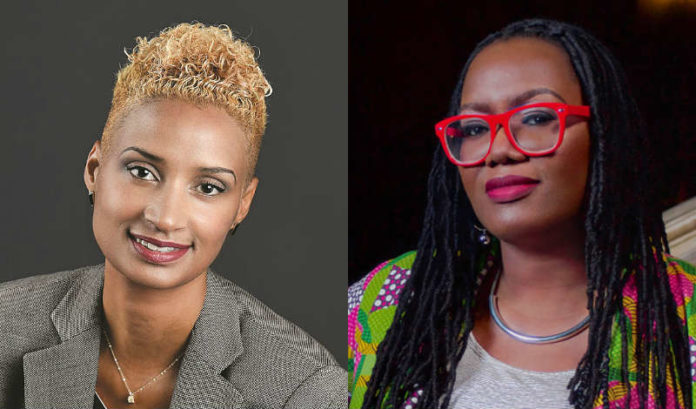 Two Newark-based nonprofit executives have been named among the Top 25 Influential Black Women in Business by The Network Journal, a print and online business magazine for African-American professionals, for their dedication to the ongoing economic revitalization and cultural preservation in the City of Newark.

The awards distinguishes women who have made a significant impact in their industry or profession as well as their community. This year, 25 honorees were selected among hundreds of nominations.

Besides university executives, Glover and Laird are the only two honorees representing the not-for-profit sector.

Glover, who was named CEO of Newark Alliance in 2018, earned the recognition for her work in the city’s corporate and anchor communities and helping to carry out Mayor Ras J. Baraka’s vision of an inclusive economy.

Laird was named for spearheading a $50 million capital campaign to preserve and restore the performing arts center.

“Both of these women are strong leaders who embody the sheer determination it takes to lead their respective organizations. The strengthened partnerships and collaborations currently in place and budding throughout the city serve as a testament to their innovative thinking, strategic planning and commitment to community, all of which help to advance our city forward,” Baraka said. “I congratulate them on this honor and for being included in this group of astounding leaders.”

Since being at the helm of the Alliance, she’s increased membership by nearly 500%, has helped attract new partnerships with entities such as The Rockefeller Foundation, and established national conferences in the city such as Next City Vanguard and the Forbes Opportunity Zone Investor Summit. Last year, she was appointed by Gov. Phil Murphy to serve on the New Jersey Economic Development Authority’s board of directors.

“I think this distinction says as much about the City of Newark as it does about our leadership. We are working collectively to advance Newark, using these opportunities to show the world that whether in business, entrepreneurship, arts, or economic development, there’s something special happening here and it’s helping to create a future with women and people of color at the epicenter,” Glover said. “Thank you to TNJ for this recognition and continuing their work to shine a spotlight on women business leaders.”

“I came to Newark to be a part of the success story already underway thanks to visionary leader Mayor Ras Baraka and his key partners such as the organizations led by Aisha Glover.  I believe that The Network Journal’s recognition of two women in our city on their list of 25 Black women from across the country confirms my view that there are more great things in store for Newark, NJ,” Laird said.