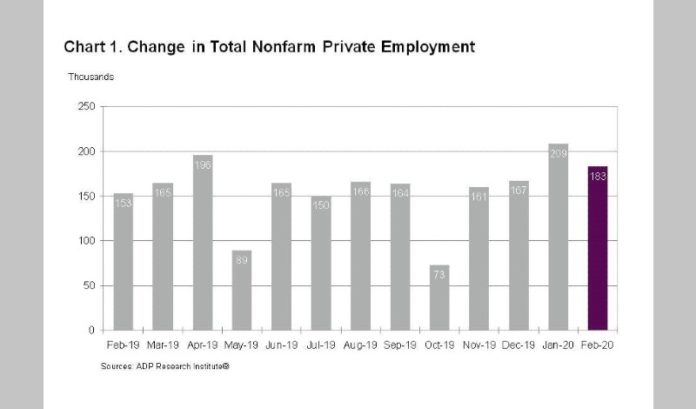 Private sector employment increased by more than 180,000 jobs between January and February, according to the February ADP National Employment Report by Roseland-based ADP.

The payroll and human resources company said in a news release that the month saw a 183,000-job uptick in nonfarm private employment.

It was a positive month in both the goods-producing and the service-providing sectors, with grew by 11,000 and 172,000 jobs, respectively.

“COVID-19 will need to break through the job market firewall if it is to do significant damage to the economy. The firewall has some cracks, but judging by the February employment gain it should be strong enough to weather most scenarios,” Mark Zandi, chief economist of Moody’s Analytics, said.

N.J. American Water’s Norton to pitch program that will speed up...