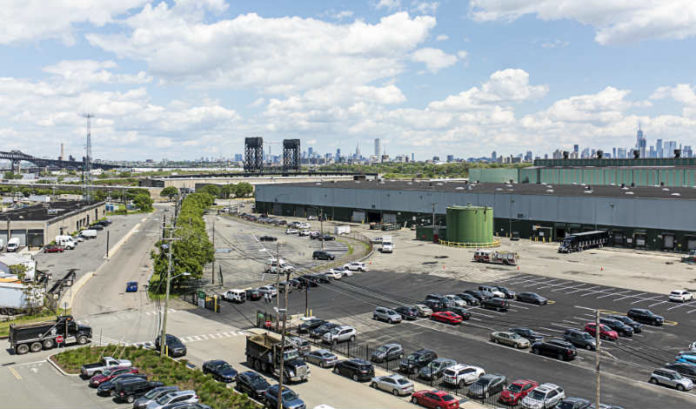 Hugo Neu Group, a redeveloper based in New York, announced on Tuesday it has obtained $15 million worth of New Market Tax Credit loans from Capital One and New Jersey Community Capital. The loans include a $4 million allocation from Capital One Community Renewal Fund and $10.5 million from NJCC, which also gave Hugo Neu with a $2.5 million term loan.

The loans will be used to fund the construction and rehabilitation of The Annex, the third asset to be redeveloped as part of Hugo’s multiphase $1 billion redevelopment project at Kearny Point.

“We’re incredibly excited by the opportunity to bring a flex office environment like The Annex to Kearny Point’s already thriving community of innovative and forward-thinking companies,” Michael Meyer, director of development for Hugo Neu, said. “Lenders like Capital One and New Jersey Community Capital not only make projects like this possible, but remain critical to the continued realization of our vision at Kearny Point: to provide opportunities to businesses of all shapes and sizes, and to become a model for environmentally and socially conscious redevelopment.”

The Annex has two floors of office space, modern amenities and break-out areas. Spanning 90,000 square feet, it sits next to Building 78, the first renovated facility on campus. It caters to small businesses, startups and businesses working to develop and commercialize energy conservation technologies. Improvements include the development of a “complete green” street with integrated stormwater management, a carbon adaptation garden and carbon sink, and a 1,200 kilowatt microgrid with solar and battery storage.

“Kearny Point demonstrates the importance of funding initiatives for projects that support social, economic and environmental justice,” Mitch Hart, vice president, commercial banking at Capital One, said. “For entrepreneurs, start-ups, and innovative small businesses primed for growth, an investment in Kearny Point is an investment in the business community of Hudson County and the region as a whole. We were happy to be involved.”

Kearny Point is home to more than 200 businesses.

“It’s impossible not to be inspired by Kearny Point, its success stories, and its plans for the future,” Wayne Meyer, president at New Jersey Community Capital, said. “NMTCs are important building blocks for projects like Kearny Point and allow us to effect meaningful change. Hugo Neu’s commitment to sustainable development, local economic growth, and equitable and inclusive work environments is unparalleled. We are privileged to celebrate this milestone alongside Hugo Neu and look forward to Kearny Point’s continued successes.”

Construction of The Annex is slated for completion by April.

Freshpet’s new CFO taking over as September turns to October

Bed Bath & Beyond donates $10M of products to aid communities...