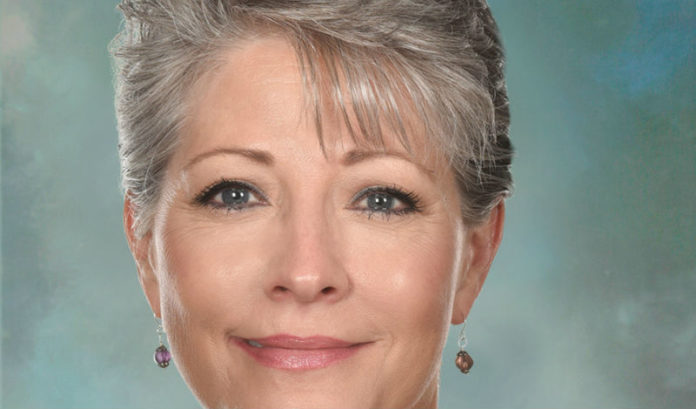 While some have been in a feverish dash to snatch the last cold medicines and disinfectants from shelf-stripped grocery stores, others have found themselves in need of other necessities.

Many have felt the need to stock up on the advice of family business experts.

Amid coronavirus fears, Lisë Stewart said she’s had clients postpone meetings because of emergency preparedness work they needed to do for the epidemic. The principal-in-charge of EisnerAmper‘s Center for Family Business Excellence also has been rushed to by owners of family-run businesses who just don’t know what to do.

“I was just talking to a father who was doing some planning around the possibility of handing the business over to his two sons, with the older son taking the reins and the younger following in his footsteps,” she said. “Now, he’s really nervous about doing that, because he just doesn’t know what’s going to happen. ‘Is this really a good time to pass on this responsibility to my children?’”

Stewart spoke to ROI-NJ as news broke of exposures to the highly contagious virus in neighboring New York and an increasing death toll on the West Coast.

The first presumptive case of the disease in New Jersey was announced Wednesday night.

And, importantly for a family business hoping to execute a succession plan under good economic conditions, the Federal Reserve was introducing its first emergency interest rate reduction since the 2008 financial crisis. The increasingly volatile U.S. stock market shrugged it off that day, with the Dow Jones industrial average falling nearly 800 points despite the move.

In light of all this, Stewart wasn’t surprised when she detected some anxiety from family business clients.

“A lot of our clients in the middle market have been waiting for the other shoe to drop in the economy, as many have anticipated a recession would be coming for quite some time,” she said. “So far, that hasn’t happened. But the last two weeks have really rattled a lot of business owners. And, for smaller and medium-sized businesses, they know it’s sometimes more difficult for them to weather some of these big storms.”

Whether it’s the amount of foot traffic a small retailer on a New Jersey city’s Main Street can expect or the prospects of a family-run manufacturer with business in the parts of China that have virtually shut down all commerce to control spread of the respiratory illness, the global health crisis is having going to have an effect on local business.

How much of an impact it will have is anyone’s guess, Stewart said.

In any case, panic is not part of what she’s eager to tell clients to do. Still, some family businesses are taking the disruption caused by the coronavirus and its potentially detrimental influence on the economy as a reason for reassessment.

“For some, they’re more comfortable putting plans on hold until they figure out what the next few months will look like,” she said. “It’s a hard time for business owners, especially those who decided maybe 10 years ago to put off retirement, when the economy was in bad shape. With things looking good, it seemed like the right time to finalize this planning. Now, things are somewhat shaky.”

Sometimes years precede a longtime family business owner executing a plan to pass the leadership reins off to the next generation. If a business has done what’s necessary to put a succession plan in place, family business experts say there’s no need to rush into it if the timing doesn’t feel right.

But not all experts agree whether the timing is in question right now.

Jeff Savlov, a family business and wealth consultant, told ROI-NJ in an email that he hasn’t heard much in the way of concern from clients.

“If anything, they think it is overblown,” he said. “They are growing their businesses and thinking about transitioning to the next generation in terms of developing family talent and family owners. This is not on their radar.”

Savlov, founder of Highland Park-based Blum & Savlov LLP, did give the caveat that it might be that his current stable of clients are not dealing in industries that would be more heavily affected.

Alan Sobel, who deals with a wide range of family-run business clients as managing member of Livingston-based SobelCo, has found the current level of concern does tend vary from one industry to the next.

“We do have clients that will be potentially more impacted than others — those sourcing products from China are concerned about being able to maintain a flow of inventory,” he said. “And some sell to China, which also could present significant challenges.”

Sobel and his team have been busy measuring the exposure and risks for these businesses, as well as helping them find a supply chain alternative when there is one. Some clients were already in the middle of that, given the U.S.-China trade war.

For any other private enterprise — especially those that rely on profit margins to support their family — a moment of shakiness in the economy is a time that business advisers expect clients will do some amount of introspection.

“What this might raise the specter of … is whether too much financial risk is concentrated in your family business,” Sobel said. “On the other side, people may be looking at the stock market and thinking, ‘What are we going to do with our money, anyway?’”

Daniel Geltrude of the Nutley-based accounting firm Geltrude & Co. LLC, said that, even for a family business that’s part of a supply chain that includes products from China or other places weighing coronavirus quarantines, concern is understandable — but no major decisions regarding a company’s future should be based on it.

“It’s fear that’s currently driving what’s happening in the market, because the numbers thus far are just not there for this to have the massive economic impact we’re seeing it expected to have,” he said. “This is largely emotion. … Do you ever really make good decisions when you’re emotional?”

In fact, Geltrude thinks there might be more good than bad in the current news cycle for local midsized businesses.

“Interest rates coming down means borrowing is getting cheaper,” he said. “That’s not great news for lenders, but it is good news for consumers. Businesses should be looking at their debt structure and potentially shopping it out to get better deals.”

A lot of how optimistic family businesses can remain depends on what news there is to come on the virus that could potentially be declared a pandemic.

And it’s health officials, not family business advisers, who will have more to say about that.

“For now, plan for the worst, hope for the best,” Sobel said. “That’s really the best you can do.”