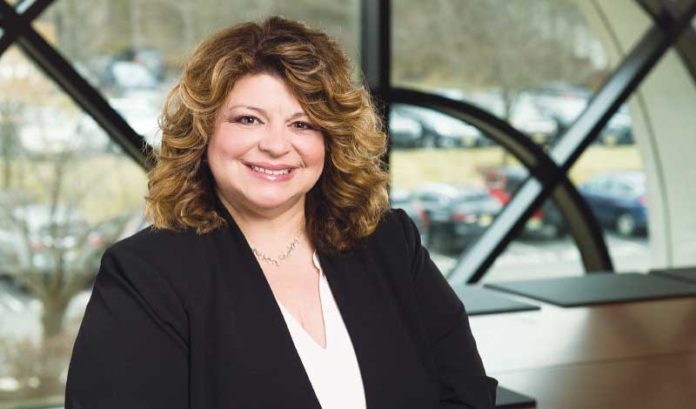 After more than two decades at the New Jersey Division of Alcoholic Beverage Control — a job she started right out of law school — Lisa Barata decided she wanted to try her hand at private practice.

“After 25 years, I felt it was time for me to have a change,” she said. “I’ve always prided myself when I was at the division as being a problem-solver and somebody who looked at issues that were presented to me and tried to figure out ways to make it work.

“So, after my career there, I decided it was time for me to explore and try some interesting and exciting things. And that led me here.”

“Here” is the West Orange firm of Chiesa Shahinian & Giantomasi, one of the fastest-growing firms in the state. It views issues involving liquor license law as a key to its highly regarded real estate practice, as well as economic development in the state.

It’s one of the main reasons why CSG pursued Barata. Here’s another: They had worked with Barata for many years and liked what they saw.

“One of the things that always made Lisa stand out was her ability to think out of the box and take a creative look at the century-old regulations and find a way to make what the developer wants to do work,” Frank Giantomasi said.

Barata recently sat with ROI-NJ to discuss joining the firm, her days at ABC — and how she sees liquor license issues impacting the business world.

ROI-NJ: Let’s start with your time at ABC, where you started as a law clerk and ended as a deputy attorney general. That’s quite a career. How did it go?

Lisa Barata: I started as a law clerk and I didn’t leave because I loved it there. I spent a lot of time in both legal bureaus of the division, which is counsel to the director’s office and the enforcement bureau. So, I handled legal matters for the director and I also prosecuted violations of Title 33, which is the statute which contains all of the alcoholic beverage laws.

ROI: Let’s talk about liquor licenses, which usually means talking about the lack thereof. How does that play out?

LB: There’s a population cap in the state of New Jersey, which restricts the number of liquor licenses by municipality based on its population. So, the bottom line is that, in each municipality, once it reaches its cap with regard to the number of people they have, there’s no ability to get any more liquor licenses. Some towns are over the cap because the licenses were grandfathered in when the population caps were enacted. But those towns are traditionally more urban. It’s the suburbs where you have a great need for liquor licenses. And Title 33 is complex and can be confusing for those who don’t have experience in navigating it. 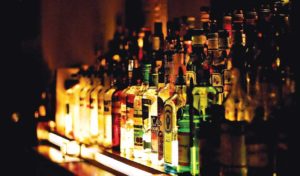 ROI: Not that people haven’t had time. Is it true that one of the biggest issues with the state’s liquor laws is that so many of them were created in a bygone era, right after Prohibition — and, therefore, they don’t necessarily relate to today’s world?

LB: Absolutely. So, you’re looking at modern-day world with internet and cell phones and an era of wanting everything quickly, and we have laws that were enacted in the wake of Prohibition. So, you have a little bit of a gap — or a lot of a gap — between what those statutes and regulations say and the practical realities of 2020. As a result, people are looking for work-arounds or things that make sense and can be done with the statutes and the regulations the way they are. The division does strive to update and amend and change regulations when they can, but we are still looking at a situation where you have laws that were enacted after Prohibition.

ROI: Give an example of how confusing the regulations — and the issuing bodies — can be?

LB: Retail licenses for your average package store or restaurant or bar are issued by the local issuing authority, which is the municipality. That information is shared with the Division of Alcoholic Beverage Control. The municipality and the division have concurrent jurisdiction to enforce the law. For example, if they’re selling to someone who’s underage or serving an intoxicated patron, they can jointly or independently both enforce the law and issue charges against those licensees.

In addition to the regulations that the division has promulgated and the statutes the Legislature has drafted, each municipality also can enact alcoholic beverage ordinances. So, some towns have restrictions on the distance between two premises. Some towns have ordinances that restrict a license to a certain location and say it can’t be transferred more than a certain number of feet from that original location. Some towns have slightly different hours of sale. So, you have really three layers of things that licensees need to consider: State laws, state regulations and then municipal ordinances.

ROI: OK, so how do you cut through all this? What are some of work-arounds?

LB: Hotels are an exception to that population cap. So, if you build a 100-room hotel, you generally can get a license — that’s one way that developers can work around the confines of the law. Then there’s a state concessionaire license that can be issued on government-owned land. The town could lease property to a developer and then the Division of ABC can issue them a license to sell alcohol on it. That’s the way they are doing it at American Dream. The property is leased to the operator of the bar or restaurant by the New Jersey Sports and Exposition Authority.

ROI: This is a bit confusing. So, tell me this: When you get calls from developers or small business owners regarding liquor licenses, what are they usually asking?

LB: They want to sell alcohol. They want a license. They have an idea; they have a plan and they want to figure out a way to make it work. They want to know if there any inactive licenses in the municipality. Really, they just want focused advice on where and how they can open a business.

ROI: How do you tackle that?

LB: Liquor licensing is very difficult in New Jersey. It’s very highly regulated and we need to come up with a good plan of what you want to do. We need to look first at what they want to do, what is their business plan, and then try to fit that into the confines of the statutes and regulations as they currently exist. If that doesn’t work, then we have to get creative and start looking to other ways to make it work.

Problem-solving is key. You have to look at where the client wants to be, what the laws currently say and where do you have to meet in the middle, so that they can do what they want to do. And, maybe, it’s not exactly what they want to do, but you get pretty darn close. And that requires a lot of communication and contact and analysis, not only internally here at CSG, but with the Division of ABC, which always has tried to work with licensees. The hard work is creatively solving problems under the confines of what we have now.

ROI: What we have now. That sounds like a transition to reform. And, for as long as there have been liquor license laws in the state, there have been calls for reform. Where does that stand now?

LB: There always is pending legislation that seeks to modify existing statutes. Right now, there is talk about some type of developer exception, where if a developer meets certain benchmarks with regard to the size of a project, they would be allowed to obtain another type of license. Changing the laws is not as simple as it sounds. This state is so diverse that it’s hard to cobble together a legislative fix. There are a lot of interests, including the people who spent $1 million on a license. How do you deal with the potential devaluation of a license?

ROI: With that in mind, I’m guessing there’s little chance we’ll start seeing alcohol sales at minimarts and every mom-and-pop restaurant in the state?

LB: Based on past history, I don’t believe New Jersey would allow that.

ROI: Last question: You are ABC czar for a day. Give us some things you would change to improve the rules and regulations around liquor laws?

LB: There’s not an easy fix. Alcohol is one of the most highly regulated industries in the country, not only the state, so there are no snap-your-finger answers that will make everything better. It’s a lot more complex than people realize. You have a three-tier system where you have manufacturers, wholesalers, retailers. The director of the ABC is charged with protecting those tiers. You also have to consider consumers.

You have licensees who spent $2 million for a license and to open up their dream business and it is difficult to basically say that that’s now worth nothing. There’s impact, and the director is supposed to protect and make sure the industry is functioning properly. It’s billions and billions of dollars. So, with all of those tiers, there’s not one answer. And I think the important thing to remember is, since there’s not one or two quick answers, you need people who creatively think and are able to look at what you have and work within the confines of where we are to problem solve and figure out an answer.