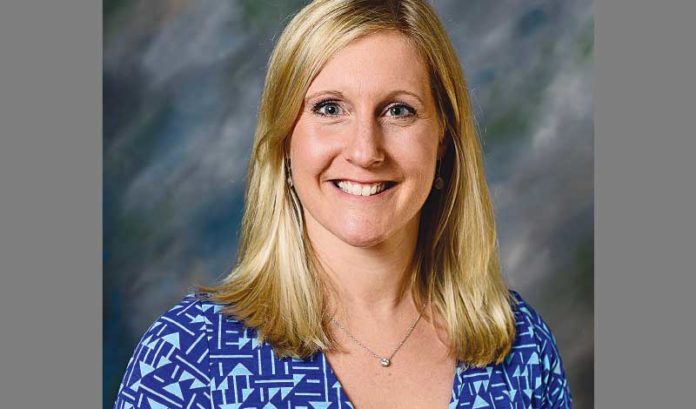 Accountants know when it’s time to suit up with the figurative bulletproof vest.

When the rhetoric of an election year quickly turns into the law of the land, they’re the ones that have to work out the fine details and tell clients what — if anything — those changes might mean for their finances, said Sarah Krom of SKC and Co., CPAs LLC.

And, at a time when there are potentially pocketbook-defining changes proposed by challengers for the White House, accountants may have an eventual role to play. That might not always sit well with clients, even if accountants don’t always (but sometimes do) endorse particular policies.

Krom, a managing partner at her Boonton Township-based accounting firm, says that just comes with the territory.

“There’s always politics behind what we do,” she said. “We’re really the ambassadors for whatever gets decided in politics.”

As far as how much accountants are willing to betray where they stand on the hot-button issues of the day … it depends who you ask. There’s no hard and fast rule.

Chris Whalen, CPA, doesn’t necessarily go out of his way to talk politics when people come to him for his Red Bank firm’s financial services. But in his office hangs a picture of President Donald Trump, Photoshopped to announce Whalen’s appointment to “Secretary of Accounting.”

So, you could say it comes up.

“I’ve had people ask about my leanings, and there are people who don’t want to deal with an accountant who might like Trump,” he said. “I think it’s pretty transparent I’m more libertarian in my thought. … It never caused too many problems. It’s not like dealing with family at Thanksgiving.”

While some might have concern that political tension with the impending election — with emotions running high as usual, akin to those turkey feasts — would create unnecessary conflict with potential clients, Whalen claims it just as often wins him favor.

He said that, in his experience, the business clients he works with are more conservative than not. So, them knowing he supports the Republican president, if anything, endears him to those clients more.

But, Whalen also admits to losing a few clients who were upset he wouldn’t denounce the president after his election.

Many accountants, like Whalen, talk politics through the usual course of building a relationship over the years with a client. But his opinion is that, when it comes to the profession’s work, ideology gets tossed out.

“One thing’s always true: No matter whether a client is a liberal, a conservative or somewhere in the center, it’s not going to matter much when they’re in my office,” he said. “People always want me to be rather conservative when it comes to their finances.”

Krom also said that she’s yet to find a client furious that they haven’t paid more money on taxes in a year.

She doesn’t prominently display any of her own affiliations, but she does think an accountant has a unique role as someone with a platform to encourage people to educate themselves about the inner workings of state and federal budgets and taxes — and to vote for what they believe in.

Ahead of this year’s presidential elections, she’s not stressing about learning every implication of every proposed policy for her accounting clients. Krom said it’s just too soon.

“And my personal opinion on that is that, even once the election is over, it’s still too soon,” she said. “Even if a candidate with a particular policy platform happens to get elected, that doesn’t necessarily tell us what will be executed when they get into office.”

The New Jersey Society of CPAs, which Krom was named president of last year, does take a proactive approach.

But Ralph Thomas, the organization’s executive director and CEO, said it’s difficult to be the early bird at all times.

“One of the troubles is sometimes sweeping changes on the federal level — such as the 2017 Tax Cuts and Jobs Act — come in at the 11th hour,” he said.

After just familiarizing themselves with the components of the country’s most significant tax code overhaul in more than 30 years, accountants have no guarantees they’ll be taking the same cues in the coming years.

“At the least, there’s a number of pieces of the tax overhaul that have to be revisited several years down the road because they weren’t permanent, and set to expire in 2022 or 2024,” he said. “If we had a change in the White House, those details could be modified or even thrown out.”

From what an accountant such as Krom is hearing, the prospect of that doesn’t seem to be striking accountants or their clients as particularly unsettling.

At this point, she added, the only certainty is that there’s going to be some uncertainty.

“It’s the same every time we go through the election cycle,” she said. “It’s a lot of unknowns.”

For Thomas, guidelines on inclusion by NJCPAs offers a starting point...

N.J. applies for additional unemployment aid, but officials warn it will...