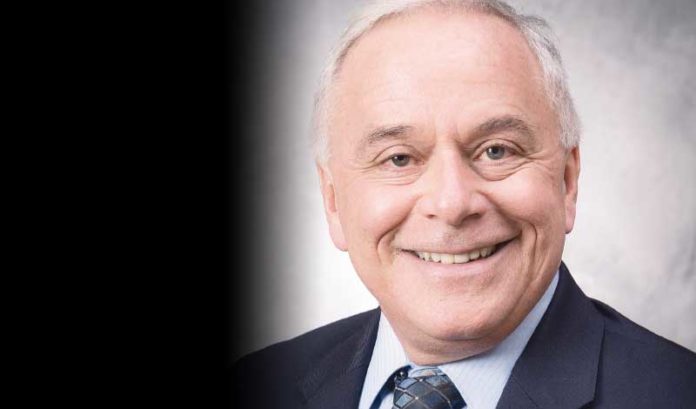 For Dan Ruotolo, it’s not hyperbole — or, for that matter, simply observing the golden rule.

He has brilliant minds, unlike those you might find anywhere else, working for his local digital accounting firm, DIGIT. That’s something he deeply believes.

His employees are almost all on the autism spectrum.

Ruotolo, founder of the NOW! Financial Network that DIGIT operates alongside a traditional accounting firm, Ruotolo, Spewak & Co., said these individuals have an unparalleled skill set for what’s needed in digital accounting.

Again, he’s not just being nice. Every day, he witnesses it firsthand. The intense focus, the attention to detail and the commitment — it’s all there, he said.

“They just have to be in an environment in which they don’t feel judged or bullied,” Ruotolo added. “They just want to contribute. And that’s the environment we create. That really seems to resonate, and many rise to the occasion.”

The work isn’t low-stakes, either. The nonprofits and businesses in Burlington, Camden and Gloucester counties that utilize DIGIT’s services are often making their first transition from paper-based bookkeeping to a digital, cloud-based system.

The company’s team of “certified digital accountants,” which plays on the title of CPA but requires only job training and not post-secondary education, uses technology such as QuickBooks to help manage an organization’s data.

The team members perform those services with the assistance of about 28 individuals on the autism spectrum. It’s through a separate nonprofit, Student Working Professionals, also founded by Ruotolo, that the young adults are offered the training opportunity.

The group brings in students from Y.A.L.E. School in Cherry Hill, a private special education institution — students such as Isaiah, who came to work at DIGIT in 2017. Ruotolo recalled how timid this now-permanent employee appeared to him at first.

“But, after about three months of being with us, his confidence level was up so much that he didn’t need a job coach at all,” he said. “And, when he graduated from Y.A.L.E., the head of the school said during their interview with him the parents cried the whole time, talking about how that work experience changed their life and his.”

Isaiah learned to become a QuickBooks virtuoso, and now helps teach other new trainees. All the students are able to work remotely, which Ruotolo said is especially crucial for an individual with autism who might be having an off day.

Over time, the local CPA has come to learn a great deal about autism spectrum disorder.

“However, if you would’ve asked me about this five years ago, I would’ve told you I had no experience with special needs education — that I knew nothing about it at all,” he said. “I’ve just always thought it’s important to treat everyone with respect and as a professional in a way that builds their confidence.”

Ruotolo feels he was the fortunate recipient of some life-altering mentoring when he was an intern at a small New Jersey accounting firms during his last two years of college.

“Someone treated me like a professional, instead of having me make copies or get coffee,” he said. “It gave me an understanding of what accountants do: Help people meet financial goals by using your brain. That turned me from being someone who was barely getting through school to finishing among the top in my class.”

In the same way, Ruotolo respects the intelligence of the students who come to work for him — extending a hand to individuals who otherwise, Ruotolo said, work in much lower-paid, lower-skilled positions than they’re capable of.

Out of it, he gets some of the most committed employees a business owner could ask for, he added. His firm’s low turnover would make most businesses in the accounting sector blush.

The socially conscious endeavor also earns a few fans … and a few customers.

“For them, working with a company that cares about helping others makes them feel good,” he said. “But, if we weren’t providing a high level of service, I don’t think they’d just come because we were doing social good. We have to provide good value first, and we do that.”

It wasn’t pure coincidence that DIGIT’s last major promotion was a woman.

Ruotolo, who was raised primarily by his two aunts and his mother, said a lifetime of knowing some strong women taught him a lot about their capabilities.

“But, when I started in a large CPA firm (several decades ago), there was no such thing as female partners,” he said. “And I’d have these great women role models in accounting when I was young, but then, all of a sudden, after a year or two I’d ask, ‘Where’s Jane?’ And was told she quit because she wanted to start a family.”

The flexible work arrangements that he sees a lot of accounting firms now moving toward has been one of his focuses for more than 20 years, which is part of why he’s surrounded by women at the top.

“If Melissa or someone else had to go see her son’s Valentine’s Day play or something last week, well, she can take those few hours off and later make up the hours,” he said. “From my standpoint, it helps us attract and retain some great employees, just by being sensitive to what others are going through.”