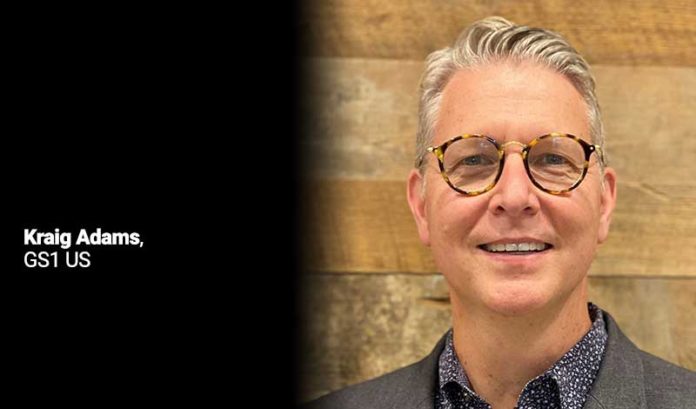 GS1 US has appointed Kraig Adams vice president, blockchain. In this newly created role, Adams will strengthen the organization’s strategic partnerships with leaders exploring distributed ledger technology, including blockchain, across multiple industries, including foodservice, retail grocery, apparel, general merchandise, health care and others. He and his team will focus on driving the use of GS1 standards for systems interoperability and improved data quality, which are two foundational aspects of a successful blockchain implementation.

Adams joins the GS1 US team one year after the launch of the GS1 US Blockchain Discussion Group, a cross-industry collaboration focused on identifying challenges with blockchain implementation and investigating opportunities to leverage GS1 Standards with blockchain.

“As a transformative technology that could potentially improve trading partner relationships and business processes, blockchain has become top-of-mind for GS1 US members,” said Siobhan O’Bara, senior vice president, community engagement, GS1 US. “After collaborating with Kraig for many years over the course of his tenure with Coca-Cola, we have confidence that he is the right leader to help industry understand the complexities of blockchain implementation and achieve alignment on GS1 Standards for improved interoperability.” 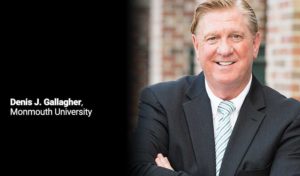 Gallagher, an entrepreneur with more than 40 years of experience in the passenger transportation industry, was founder, chairman and CEO of Student Transportation Inc., a leading school transportation company in North America. At STI, he directed the strategic operations of the NASDAQ- and Toronto Stock Exchange-listed company while leading and developing investor activities through capital raises and explosive growth.

“We are delighted to be honoring Denis Gallagher for this prestigious award,” said Donald Moliver, dean of the Monmouth University Leon Hess Business School. “He is a visionary leader who has moved the frontiers of his various business interests and created environments in which employees are valued assets and not costs to be minimized. We applaud his leadership.” 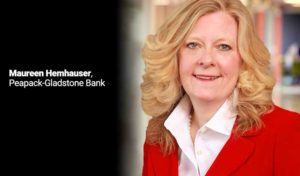 A financial services professional with 30 years of experience in the industry, Hemhauser was senior vice president, chief compliance officer at Peapack-Gladstone Bank since February 2015. Prior to joining Peapack-Gladstone Bank, she served as senior compliance manager at FIS Global for established and de novo financial institutions throughout New Jersey and New York.

Hemhauser holds a Bachelor of Science in accounting from Georgian Court University in Lakewood. 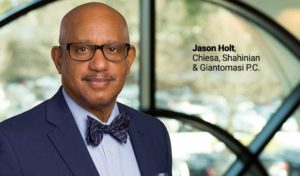 Chiesa Shahinian & Giantomasi P.C. is pleased to announce that Jason Holt, a seasoned attorney with more than two decades of experience in local government, municipal corporations, turnaround strategy, litigation and fiscal management, has joined the firm as a member in its Real Estate, Development & Land Use and Property Taxation & Valuation groups.

Holt was previously with Atlantic City’s Department of Administration, where he originally served as city solicitor, charged with overseeing the municipality’s legal affairs. In 2016, he was selected by the DCA as the city’s business administrator to assist in the implementation of the Municipal Stabilization & Recovery Act. In this capacity, he directed the city on its course toward revitalization through the negotiation of several hundred million dollars of tax appeals and the effective management of casino closures, fiscal volatility, major bankruptcy matters and an unprecedented drop in its tax base.

In addition, Holt previously served as corporation counsel to the city of East Orange, where he oversaw the broad spectrum of the city’s legal affairs — including the introduction of major redevelopment projects, litigation of high-profile lawsuits encompassing employment practices, challenges to municipal legislation, in rem foreclosures and bankruptcy matters. Notably, while serving East Orange, he played a pivotal role as adviser to the city’s police department and assisted in the enhancement of policing techniques, which reduced the city’s crime rate to state and national record-breaking levels at the time. 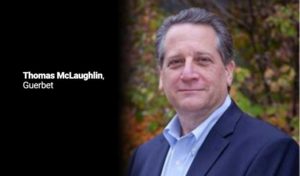 Guerbet, a global specialist in contrast agents and solutions for medical imaging, announced that Thomas McLaughlin has been appointed vice president, North America. In this role, McLaughlin will oversee and ensure the growth of Guerbet diagnostic and interventional solutions together with the digital and artificial intelligence portfolio.

“I’m thrilled to build on Guerbet’s successful growth in North America over the last several years to help us solidify leadership and trust with our radiology partners and the patients they treat,” stated McLaughlin.

McLaughlin takes on the vice president role after serving as Guerbet’s general manager of North American sales and service, where he led the company’s North American sales group to consecutive year-over-year growth. Prior to joining Guerbet, McLaughlin held various sales leadership and VP roles both inside and outside the industry, including roles at Nemoto International and E-Z-EM. 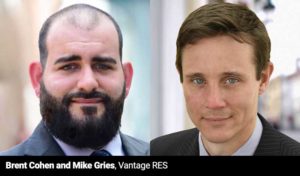 Cohen joins Vantage RES with over 15 years of experience in the manufacturing and development sectors, and five years of experience in the business brokerage market. Subsequently, Cohen is adept at establishing a strong customer base, including effective one-on-one interaction. In his dual role as sales associate and business broker, Cohen has the unique ability to work closely with clients to facilitate the business sale process from start to finish, while also integrating their real estate needs.

Gries is a versatile problem solver and negotiator. With 15 years of experience in the field of finance, he is adept at consistently meeting client needs, providing them with an in-depth understanding of all available options, and keeping them well informed throughout any transaction. As a managing partner in his previous firm, Gries possesses extraordinary leadership abilities, and a tenacious “team” mentality.

Commvault, a recognized global enterprise software leader in the management of data across cloud and on-premises environments, announced the strengthening of its global presence and expertise with the addition of two industry veterans to its executive leadership team.

Marco Fanizzi, former Dell Technologies vice president and general manager of enterprise sales, and Callum Eade, former vice president, Asia Pacific and Japan, for the Software Defined Data Center business at VMware, have joined Commvault as vice president of Europe, Middle East and Africa and vice president of APJ, respectively. Fanizzi has more than 30 years of experience in the enterprise data industry, covering multiple geographies and sectors. He will drive the company’s growth objectives across more than 70 markets in EMEA. Eade joins the company with extensive sales and business development experience and will be responsible for driving growth across Commvault’s diverse markets in APJ.

DMW&H, a full-service material handling solutions provider, announced the addition of Mark Breznak in the key position of chief operating officer and Francis Said in the position of vice president of integration and engineering. These two positions expand the company’s leadership team to keep pace with its accelerated growth.

“I am excited to have Mark join our executive team as COO,” Joe Colletti, CEO and president, said. “Mark has a proven track record of running companies, leading engineering teams, and improving processes to create solid infrastructures for long-term growth. He’s joining an already successful team at the perfect time to keep up with our company’s growth. … Francis’s extensive knowledge of the material handling industry matched with his expertise in leadership and software/controls integration will be key elements to DMW&H’s continued success.”

Halmo concentrates his practice on defending clients in a wide variety of general liability and insurance matters involving automobile, retail, and premises liability litigation. He has experience conducting depositions, hearings, arbitrations and mediations from inception through conclusion.

Modera Wealth Management LLC has announced that it recently added eight colleagues to its ownership group.

Goya CEO Unanue: Our company is not for sale

In Middlesex, some pivots will be permanent — and that’s a...