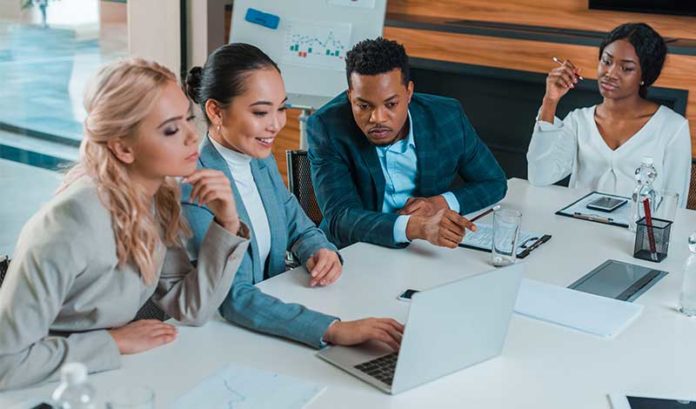 A class at the Y, a fun run, a challenging obstacle course race or a half-marathon. The crowd is the same no matter what the venue for my latest midlife crisis workout: More women than men, many of whom are older than I am — and almost all of whom are in better shape.

They are regular reminders of how women are tougher than men, stronger than men — and work harder than men. It’s time they got more opportunity in the work and political worlds to do so.

Consider this: Only two women made the Top 10. One, state Sen. Loretta Weinberg (D-Teaneck), for her stellar work fighting for what many men take for granted: basic respect in the workplace. We fully expect her working group will provide recommendations that will change the culture in Trenton — not to mention the course of some careers.

The other is first lady Tammy Murphy, who everyone agrees is as smart, sharp and savvy as anyone else on the list. Yet, she is someone who wouldn’t have gotten a chance to show her talents had it not been for the election of her husband.

The latest numbers from A Seat at the Table, a biennial report by the Executive Women in New Jersey, shows the number of women on corporate boards and in C-suite positions is still far below true representation — despite the fact that such representation continually proves to lead to higher profits.

What can be done? We can push for more spots. (Assemblywoman Nancy Pinkin, D-Edison, has a bill requiring public companies in the state to appoint women to their boards.) We can insist that women be at more meetings. And we can hold more conferences discussing the subject in more detail. But that’s only getting society so far.

We need to start honoring more women at the top of their game — giving them the exposure they need to get the promotions they deserve. And I promise ROI-NJ will create its first ROI Influencers Women in Business list later this year.

We need to encourage and support women as they climb the corporate ladder — even if that means they leave your company for a bigger and better opportunity. We certainly did that at ROI-NJ, when Anjalee Khemlani, the face of our franchise, got a great opportunity to work for a national outlet: Yahoo Finance.

We need everyone to push for greater opportunity and exposure. I asked a number of top female leaders for nominations for our Power List. All returned the names of more men than women.

Most of all, we need to tell the next generation that it’s OK to promote yourself. This is still an issue.

My college-age daughter is hesitant to mention on interviews that she has co-founded a company in college, started a nonprofit in high school and served as her high school president. She doesn’t want to brag, she says.

And, when I took out money for her college costs, the woman helping me at Fidelity casually mentioned she played softball in college at my alma mater. She didn’t mention that she was the state player of the year when she was in high school. (Here’s guessing a baseball player would have worked that in.)

I started my weekend warrior workout efforts when I had the revelation that I’m (a lot) closer to 50 than 40. Time is ticking. And I wanted to send a message to my three sons — give them a goal to work toward when they hit middle age.

My daughter? I don’t need to give her a goal. She, after all, is pushing me. She ran a half-marathon in high school. She just won’t tell you about it.

It’s time for men and women to start talking about what so many already know: Women are stronger than men.

Why your return-to-work plan will be your ultimate ‘benefits’ package to...