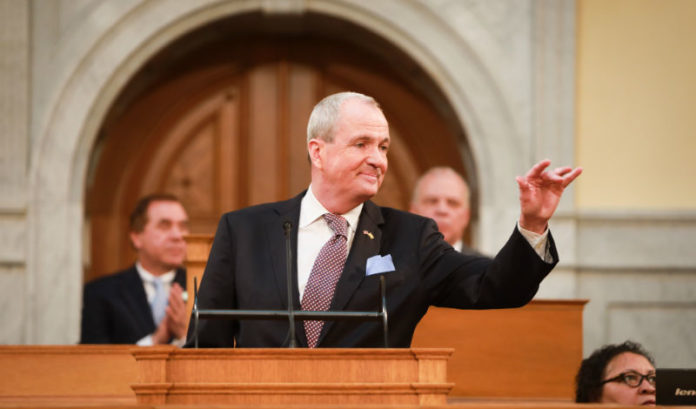 Gov. Phil Murphy declared a state of emergency and a public health emergency late Monday afternoon as part of New Jersey’s continuing efforts to contain the growing spread of COVID-19.

It is unclear what actions the governor will take under the public health emergency, but the order — read Executive Order No. 103 here — will give him more power.

In the past two days, during daily briefings on the spread of coronavirus in the state, state officials have mentioned possibilities that could come with a state of emergency, everything from limiting public gatherings and public transportation to making modifications of rules surrounding schools, elder care centers and the workplace.

“The State of New Jersey is committed to deploying every available resource, across all levels of government, to help respond to the spread of COVID-19 and keep our residents informed,” Murphy said in a release. “My administration will continue to work closely with our federal partners to ensure that local health agencies on the front lines of the state’s response are equipped with the resources needed to further prepare our health care system for a broader spread of COVID-19.”

Declaring a state of emergency also will make New Jersey eligible for more federal funding. New Jersey is the ninth state to do so; New York did so on Saturday.

State officials, as recently as Monday afternoon, indicated they did not feel the date had reached a point where such “modifications,” as they are called, were needed. That being said, the state did announce five more presumptive cases, bringing the total to 11. Officials noted that 24 people were under investigation and admitted more cases were coming.

“The fact that we are continuing to see additional cases is concerning, but it is not unexpected,” Health Commissioner Judith Persichilli said Monday afternoon. “It follows the trend that we are seeing around the rest of the country and the world. Based on these developments, we will be increasing our strengthening of our public health strategy to include not all of our containment steps but to look at mitigation intervention, which we began talking about (Sunday).”

The declaration tasks the state director of emergency management and superintendent of the New Jersey State Police, Col. Patrick J. Callahan, in conjunction with Persichilli, to oversee the implementation of the state emergency operations plan and generally direct the state’s emergency response.

Additionally, the declaration triggers other executive powers and safeguards, such as prohibiting excessive price increases pursuant to New Jersey’s consumer fraud act and the ability to waive certain procurement procedures to expedite the delivery of goods and services necessary for coronavirus preparedness and response efforts.

Murphy’s emergency declaration also empowers all state agencies, specifically the departments of banking and insurance, health, human services, and the civil service commission to take all appropriate steps to address the public health hazard of COVID-19.

Read more from ROI-NJ on COVID-19: