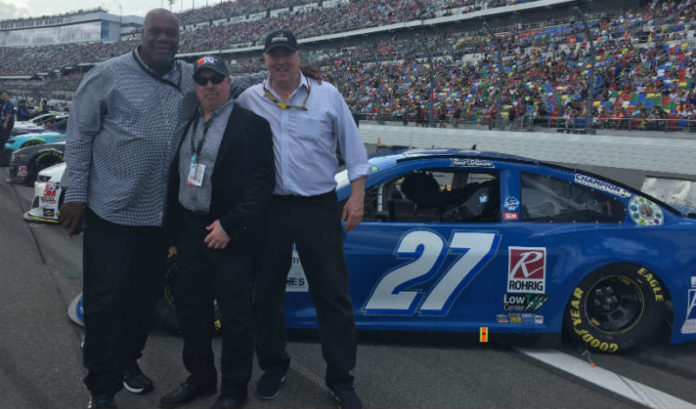 Rich Bodmer and Byron Hunt were like a lot of people in New Jersey last week — talking in their office about their inability to get antibacterial wipes they could use to better sanitize their workplace during the coronavirus outbreak.

Then, they had a lightbulb moment: Perhaps their own product, Brute Strength Wipes, a wipe they sell primarily to auto mechanics, would work.

“We were in the office and someone was talking about how they couldn’t get wipes or Purell (hand sanitizer) or any of that stuff,” Bodmer said. “So, I said, ‘What do we have in our stuff?’”

A quick call to the company that produces the solution confirmed that Brute Strength Wipes includes benzalkonium chloride, the active ingredient needed to fight off bacteria such as staph, MRSA, E. coli and salmonella.

“We realized we had something people needed,” Bodmer said.

Now comes the challenge: Selling and distributing the more than 33,000 cases of wipes they already have to the general public in this time of need.

Bodmer, Hunt and Joe Calenda, partners and co-owners of AMJ Enterprises in Cranford, began that process this week, selling 70-wipe cases on their website.

Bodmer said the group wants to be particular regarding who it sells to. The goal, he said, is to get the wipes to individual people.

“We started to talk to local organizations, church groups, American Legion, Elks Club, places like that,” Bodmer said. “We said, ‘If you guys help sell this, we’ll put some money back into those organizations.’

“We’re hoping it goes to individuals. I know there are so many people looking for this with this panic with the virus. I’d rather see individuals buy it, rather than corporations, which would sit on this stuff.”

Brute Strength Wipes is just one of the products. In fact, it’s a secondary offering, after the commercial blades the company sells for industrial use.

“The wipes are an add-on product for when you clean your hands at the end of the workday,” Hunt, the former Giants linebacker, said. “We’ve mainly been selling them to auto mechanics.

“We want to get into more retail outlets, and this may help us do that.”

Teligent CEO Grenfell-Gardner steps down, Sawyer to take over role