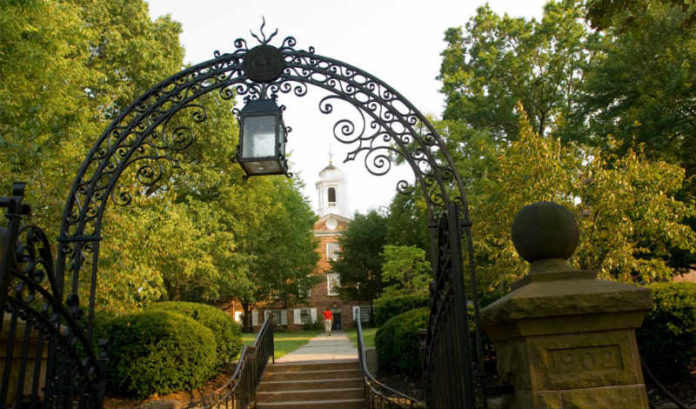 We’ll start by admitting: We don’t know the answer to whether the state should go on coronavirus lockdown. And, we think anyone who says they do probably is making an educated guess at best.

This much, however, is clear: The institutions of higher education in the state are showing what a greater statewide shutdown may look like.

On Tuesday, all three Rutgers University campuses announced all classes are canceled starting Thursday and through the end of spring break on March 22. Instruction for the two weeks starting on March 23 will be done remotely. All face-to-face instruction is suspended.

New Jersey Institute of Technology announced it will go ahead with exams this week, but the school will go to online learning when students return from spring break on March 23. NJIT further said it will encourage students to not return to campus following spring break — and it will ban all nonessential, non-NJIT people from campus.

There were similar announcements by TCNJ and Stockton, too.

Princeton University, meanwhile, began encouraging its students to not return from spring break earlier this week. Of course, this doesn’t include members of the women’s basketball team, which advanced to the NCAA Tournament as Ivy League regular season champions after this weekend’s postseason tournament was canceled due to health and safety concerns.

Trying to find an expert to weigh in on this subject is tough, but state Health Commissioner Judith Persichilli has offered her thoughts. Even if she hedged them a bit.

Persichilli said she is looking for signs of community spread — which she defines as “person-to-person transmission of the virus” without a known COVID-19 exposure.

Until then — and she’s seen no evidence to indicate such an event is coming — Persichilli said she will not be recommending a ban on public gatherings or other severe mitigations, such as requiring employees to work from home or banning the use of public transportation.

She’s not even calling for a ban on St. Patrick’s Day parades.

“We do not see, particularly in New Jersey right now, what we call community spread,” she said.

“When we start seeing community spread, there is no doubt that we will be exercising more vigilance in our recommendations for closures, travel, mass transit. But, in New Jersey, we’re not there yet.”

The schools are in a different place. School officials say they are just being precautionary and proactive.

Fostering a healthy community in New Jersey is core to the mission of our university. While at this time we are not aware of any confirmed cases of COVID-19 in our community, we have been closely tracking its spread across our region. We have an imperative to do what we can to slow the spread of this serious virus and protect those who are most vulnerable.”

It’s a great thought. And, while nothing is as important as public safety, these moves do come at a huge economic cost.

Companies that cater to college students or adult networking events are hurting. The same can be said for those based in transportation. United Airlines, the state’s sixth-largest employer, is taking a beating. As is everyone associated with the huge economic engine that is Newark Liberty International Airport.

There are a few other examples of precautionary actions:

Most companies and organizations are still waiting to see how this plays out.

What’s the best move? As we said at the top, we’re not sure.

We do know this: An infectious disease expert in Washington State, where the first known U.S. cases were identified, said the state may have far more than the 160 known cases. Closer to 1,000, he estimated.

That’s nothing compared to the estimate from Gov. Jay Inslee, one of the many Democratic candidates for president who never gained traction this summer. Inslee said the state may have as many as 64,000 cases by May.

And then there’s this: Italy just reported 168 deaths in 24 hours.

If any of these numbers are even close to being true, New Jersey is not doing enough.

Hype? Hysteria? Washington state officials don’t feel that way. Neither do officials in some areas of California, where they have banned large public gatherings, including sporting events.

The only thing we feel we can say for certain in New Jersey is this: More closings will be coming fast and furiously this week. Only time will tell if they were necessary.