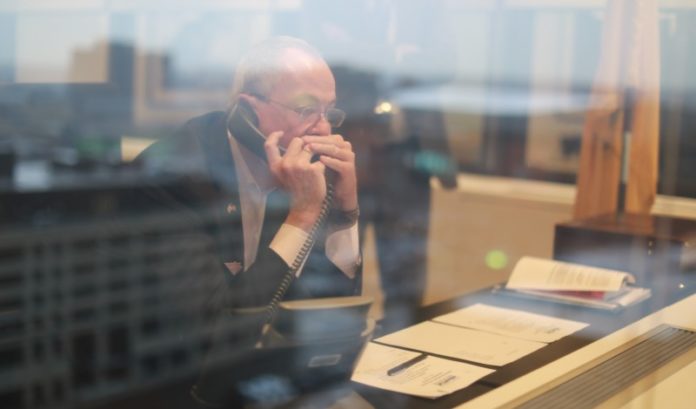 Gov. Phil Murphy did two quick interviews Wednesday afternoon — calling in to both News 12 and WCBS-AM 880 radio — to offer the latest information on the coronavirus.

On new cases: There are eight new presumptive cases in New Jersey. (No details on individual cases were released.) It is the largest single-day addition of cases since the first was reported March 4. It brings the state total to 23, which includes one fatality.

On overall state of concern/panic: “I think, as a general matter, folks have to take this seriously, but again — folks should not panic,” he said. “That has been our mantra from Day One: Be prepared, do the smart things, use common sense. If you don’t feel well, stay home. We’ll do everything we can to give you the information and protect you as best you can, particularly the most vulnerable populations.”

“The parties in tightly packed rooms, both before and after the parade, we would discourage without question,” he said. “Do we reserve the right if we see evidence that would suggest we would need to be more aggressive, reconsider those decisions and make more blanket assessments, the answer is, ‘Yes.’”

On school closings: Murphy said Rutgers University and other New Jersey colleges and universities are following a national trend to go to online learning. He said his administration is in contact with leaders and superintendents of K-12 systems, but did not indicate the state has any plans to offer a recommendation to them. For now, it remains under the discretion of individual districts and schools.

On screenings before going on cruise ships: “You have to wonder why anyone would go on a cruise right now,” he said. “The State Department has discouraged it. I think (that’s) the overwhelming advice, coming out of the federal government, and I would echo this myself.” Murphy’s personal advice for anyone consider a cruise, particularly the older and more vulnerable populations: “I would postpone that idea.”

On his personal health: “I’m feeling pretty darn good,” he said. “I went into surgery a week ago today. I got it early, thank God. I’m one of I think 53,000 people in the state this year who will hear those words: You have cancer.

“It’s a humbling experience. I’m not completely back on my feet, but I’ve been in the seat as governor since Saturday afternoon. I want to give a huge shout out to (Lt. Gov.) Sheila Oliver and the whole team, who have been brilliant.”