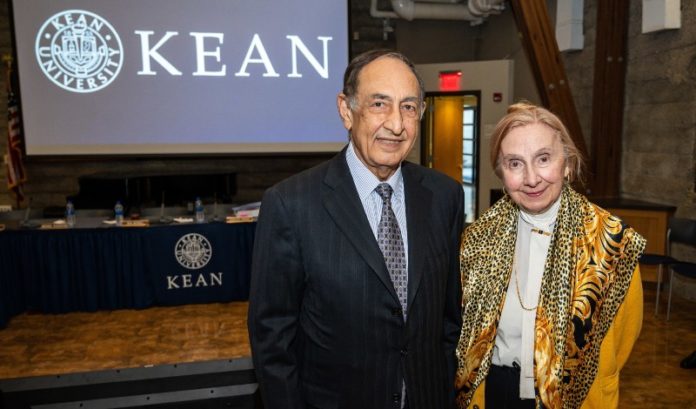 Kean University announced on Thursday it has received the largest gift ever recorded in its history from a retired professor.

Retired distinguished professor emerita Dorothy Grant Hennings, who taught at the school with her late husband for a combined 63 years, gave the gift to the Union-based university, it said.

The gift will fund a scholarship — named in honor of biology professor emeritus George Hennings — that will support students pursing degrees in science and science education as well as the Centennial Fund Opportunity Scholarship, which is open for high-achieving, low-income students from all majors.

“Dorothy and George Hennings had a passion for education and a commitment to excellence,” Kean President Dawood Farahi said. “We are profoundly grateful that they chose to dedicate their tremendous gifts, energies and talents to Kean and its students. This gift will be used to build on their already significant legacy, and all of us at Kean thank Dorothy for it.”

The Henningses met at Kean in 1965 and married three years later. At Kean, Dorothy Hennings taught in the department of instruction, curriculum and administration from 1965 until she retired in 2001. George Hennings taught in the department of biology until he retired in 1987. They also served as members of the Kean University Foundation board of directors.

“The love that the Hennings have shown for Kean University is evident in this generous donation,” William H. Miller, CEO of the Kean University Foundation, said. “Generations of students will benefit from their unwavering philanthropy.”

Perry honored by NJIT, where she will be chair emerita of...