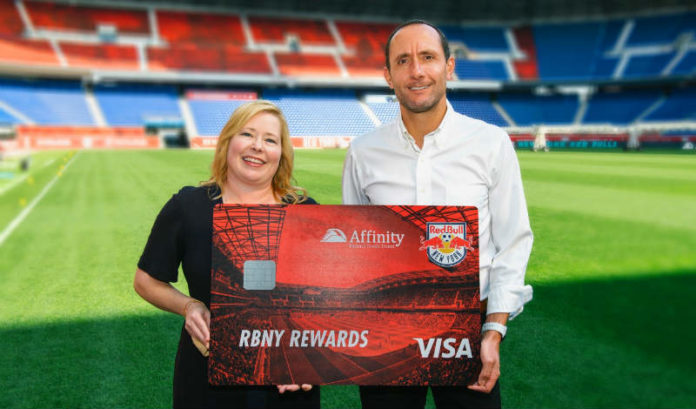 (Editor’s Note: After this story was posted Thursday, Major League Soccer suspended its season for 30 days due to the coronavirus outbreak.)

The New York Red Bulls have been a monolith in the American soccer scene and a massive beacon for soccer fans in the New York/New Jersey metro area for decades.

Making their home at Red Bull Arena in Harrison, they seek to partner with a wide variety of companies from the region to draw in fans from all over the tri-state.

And, despite the “New York” in their name, the club’s New Jersey partners make up some of their most essential and vital bases of support.

“We are able to have our (New Jersey) partners feel like the level of service that we give and the attention that we give makes sure that, not only are the original partnerships a success, but that we continue to evolve that relationship in a way where we are carefully in tune in terms of what their strategic priorities are,” Stetson said.

He went on to describe the four pillars of NYRB partnerships that he said New Jersey businesses have grown to admire about the organization: dedication to fan experience, community, development and culture.

That, according to Stetson, is a big contributor to both the success of the club and its partners.

Some partners from New Jersey that have been a big part of fan outreach for the Red Bulls have been Horizon Blue Cross Blue Shield of New Jersey, Hackensack University Medical Center, Provident Bank and Affinity Federal Credit Union.

These partners, according to Stetson, have contributed to those pillars in a variety of different ways. The partnership with HUMC, for example, led to an event that brought the Red Bulls to visit the Joseph M. Sanzari Children’s Hospital.

The partnership with Horizon added a food stand for fans in the stadium in Harrison.

More recently, the partnership with Affinity Credit Union led to the creation of an exclusive branded “RBNY Rewards” credit card that would offer exclusive perks to Red Bulls fans.

Jacqueline Kearns, chief brand officer of Affinity Credit Union, expressed what the Red Bulls sponsorship has meant to her, and her excitement about the new credit card.

“We’ve been a partner with the Red Bulls since 2013, and what we love so much about working with the club is that we have a shared belief system,” Kearns said. “What I love about them is that they are as equally hard-working on the field as they are in their community, and that’s the same thing that our belief system here at Affinity Federal Credit Union lends itself to.”

Kearns noted just how important it was to focus the new card around the fan base and giving the devoted fans of the Red Bulls something to be excited about to drive that “energy” many soccer fans have.

Makerhoods, live/work program in which entrepreneurs create community, is coming to...

She opened a store called Frutta Bowls. She franchised it. She...