Home Education Why going to teleteaching for K-12 students is much harder than most...
Facebook
Twitter
Linkedin 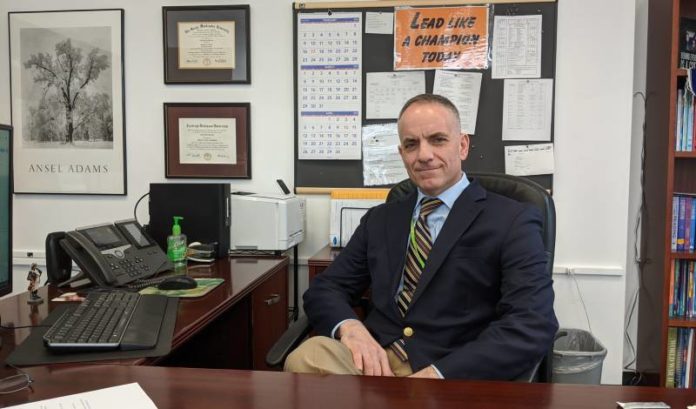 Scott Cascone is eager to do the right thing in this time of crisis. As the superintendent of schools for the West Orange Public Schools, he said his district is working hard to prepare for what appears to be the inevitable — teleteaching or virtual learning for its more than 6,700 students.

Doing so is not as easy as some would think.

Cascone shed a little light on the difficulties those in West Orange — and those in districts around the state — are facing. It’s not as simple as simply saying, “Let’s go to online learning” — as nearly all of the state’s colleges and universities have done this week.

So, if you’re wondering why your local school district hasn’t adopted such a plan just yet, Cascone can offer some insights.

Start with the fact that every student doesn’t have equal access to a computer and the internet. Yes, there are plenty for whom this isn’t a given.

Add to that the idea that each class’s core curriculum is different — English literature is far easier to teach virtually than a chemistry experiment or anything in a performance-based class.

Then, figure out how to handle all of the components that come from the huge number of special needs students, anyone receiving support or accommodations — everything from in-class aides providing academic support to physical therapy.

And, if you figure all that out for one grade level, realize there are 12 others, plus preschool programs, to figure out, and each is being taught to those at different development levels and, thus, with different needs.

Cascone, who assumed the superintendent role last summer, pauses after explaining all this. Then, he explains another issue: The ask of the district’s nearly 1,000 employees. Unlike other employees around the state who have begun working from home, the essence of education jobs changes dramatically — and does so with virtually no prep time.

“There are so many challenges on the curriculum and instruction side, but those issues pale in some ways to the challenges that present from just a personnel standpoint,” he said.

“We have staff members whose subjects translate relatively well, and whose grade levels translate relatively well. So, for the 11th-grade English teacher, it is absolutely, practically speaking, much more feasible that that teacher could be on there on a daily basis and conducting some sort of a blended instructional approach with his or her students. Whereas, other subject areas, more performance-based subject areas, obviously do not translate as well.

“So, if we have an instructional day when we’re not here, and it’s counting as a pay day, how do we ensure that all of our staff members are working and performing equitably, so that they’re all basically doing the same thing?”

“You also have all of our staff members who don’t deliver instruction even tangentially,” he said. “Our administrative assistants, our school nurses, our school counselors, our social workers — none of whom would be involved in direct instruction. We’ve been talking about how they would be theoretically reaching out to students.”

It’s issues such as these where Cascone wishes he were getting more guidance from the state. At the same time, it may explain why the state is holding off.

“The guidelines that have come from the state have been very general,” he said. “There’s been no specific criteria. Basically, the only thing we can really hang our hat on is that they’re applying the homeschooling requirements to what the expectation would be for your students and what they were getting at home.”

Homeschooling, however, implies that students are getting instruction from a teacher. That won’t necessarily be the case for older kids. And, for younger kids, even the ones who are getting daily interaction with their parents on homework — they are not necessarily going to be getting it during the school day, Cascone said.

“The further down you move in the grade bands, the more the more (challenging) this becomes,” he said. “There’s an understanding that parents tend to be somewhat hands-on with the homework process when kids are younger. But, certainly, if you have a working parent, the expectation can’t be that that parent is working with their child between the hours of 8 a.m. and 3 p.m.”

Cascone said the bookkeeping is an organizational challenge, too.

“With older grades, it’s a little bit easier, because there are analytics in Google Classroom where you can track when students are on and, certainly, you could track them when they submit assignments to you,” he said. “When it’s in that environment, it’s a lot easier to manage accountability.

“On the lower grades, where the students are not going to be operating daily on a Google Classroom and they’re not going to be submitting work on a daily basis, monitoring accountability and engagement and participation is virtually impossible.”

Cascone, however, said his district will take on the challenge.

“Step one this week was really to determine the basics of what the expectation would be of the staff,” he said. “We’ll establish either a Google site or a Google Classroom.

“Next week, we’re going to work through what exactly we’re populating on those sites. Contemporaneously, and really more on the administrative level in collaboration with the education association, we’re trying to (set guidelines) for teaching from home.”

It won’t be anything like the standard school day, Cascone said. It can’t be.

Cascone knows it won’t be perfect. But he knows the district has to find a way to get it done as effectively as possible. It’s too important to do anything else.

“We just need to try and move forward down the path the best we can,” he said.

Investing in skills is key to success for millions