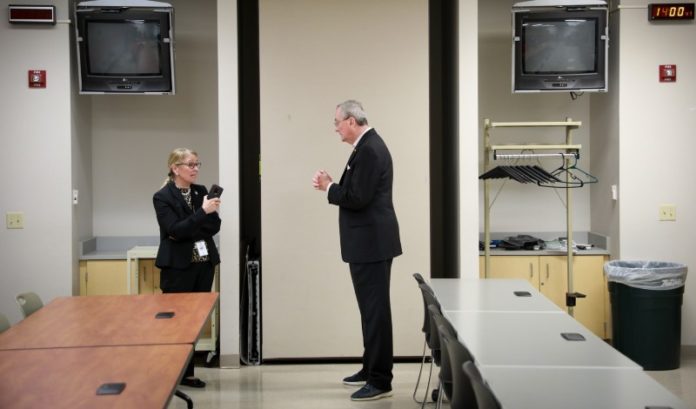 Gov. Phil Murphy said Friday the state is working around the clock to expand the access to testing for coronavirus.

Speaking at the state’s daily briefing, Murphy said it is at the top of his priority list. How he will achieve that goal isn’t clear. But Murphy said the state is looking at all avenues and opportunities.

“But, just rest assured that dramatically expanding testing access is high on our list of priorities. As we have more details on that front, I will get them to you the minute I know.”

Murphy would not put a timetable on the expansion, but said it would be sooner rather than later.

“I’m going to pick a day next week that’s arbitrary, so forgive me for that,” he said. “A week from today, I’m going to predict that the testing reality in this state is going be in a very meaningfully incrementally different place than it is today.”

Health Commissioner Judith Persichilli gave a reminder that a positive test does not change treatment.

“There is no specific vaccine at this point in time. All of the treatment is geared toward symptomatic relief.”

Christina Tan, the state’s epidemiologist, said more testing would help health care workers have a better understanding of the protections they need to take themselves when treating patients.

“There’s a psychological factor here that we can’t ignore,” he said. “We acknowledge the anxiety that folks have and a lot of that anxiety stems from unknown unknowns. And, I think like a lot of things in life, the more we know, the better prepared any of us would be to be able to deal with the reality in front of us.”

Cove in Jersey City aims to be N.J.’s next great life...