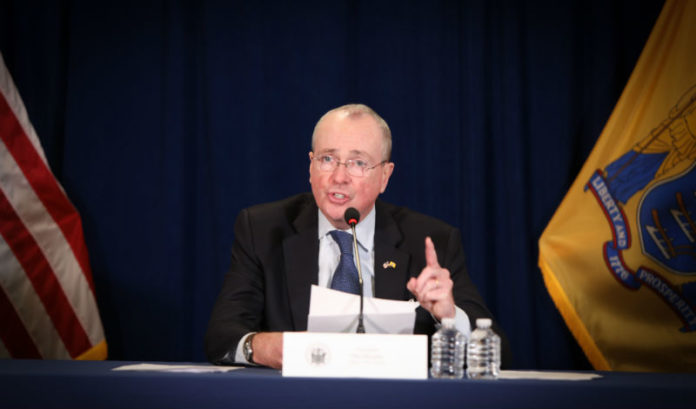 The drive-through coronavirus testing centers that Gov. Phil Murphy and health officials so desperately want are likely to be here by the end of the week.

And, now, the news is even better. The federal government is going to help run them and provide two things that are in desperately short supply: the personal protection equipment, or PPEs, and the testing kits that are needed to run them.

The state will get two centers from the Federal Emergency Management Agency — at Bergen Community College in Paramus and at the PNC Bank Arts Center in Holmdel.

All of this came about when the federal government asked FEMA to designate New Jersey as one of its 12 priority states. Doing so kicked this federal assistance in gear.

State Police Superintendent Col. Pat Callahan said Monday that he only began working with FEMA that morning, and said he couldn’t give a time when the facilities will open.

“The anticipation time of them being up and functional is still unknown that we’re working through, but very soon,” he said.

“I don’t know when it will be; I don’t want to marry myself to a date,” he said.

But Murphy promised they won’t be the only ones the state has.

“I’ll be surprised if we don’t have a day when we’re sitting here with you and we’ve got them in most, if not all, of the counties in the state,” he said.

Callahan said he expects things to move quickly, noting the existing relationships the state has with FEMA — the result of having had so many natural disasters in recent years.

He said FEMA will handle the logistics.

“From the tents to the PPE to the testing kits, all of that is coming from FEMA,” he said. “And those supplies at those points of distribution will be replenished weekly by FEMA.”

Callahan said the locations will allow for easy access. But he said he doesn’t expect to be overrun by citizens, due to regulations that will be put in place to prescreen testing.

“It’s not going to be like a fast-food situation,” he said. “There has to be those criteria in order to pull up and go through. So, if you’re imagining 1,000 cars in line, I don’t think that’s going to happen.”

“Traffic control is a big issue,” she said. “Making sure all of the individuals are appropriately screened, making sure that they have a primary care physician or an ordering system so the test results can get back to them and into our system if it’s positive. All of those situations have to be handled.”

Persichilli said FEMA’s help cannot be overemphasized. She said the state was working to open its own centers at the Bergen location when officials learned the federal government was going to step in.

“We were working with (Bergen) County Executive (Jim) Tedesco to bring that up as quickly as we can … and then we got a call that FEMA would come in and do it, so, of course, we said, ‘Fine,’” she said. “So, we’re working with FEMA, because they will bring in the PPE and the specimen collection kits.

“What’s important about that is we’re trying to preserve as much PPE that we can from our own stockpile, particularly from hospitals that need it.”

It’s unclear how many tests per day the centers will be able to handle, but it will certainly be higher than what the state is getting done now.

“These are high-frequency labs,” she said. “They can handle a lot of tests.”

Callahan said the state is moving quickly with FEMA.

No cause for alarm (yet), Murphy says, but rate of transmission...