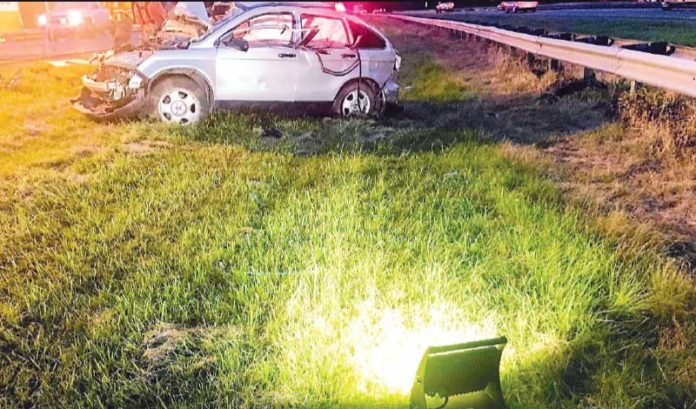 Because Mike Morris of Jersey City-based DuraBrite Lighting Solutions is responsible for the portable, but still high-powered lights that police use to illuminate evidence after nightfall.

After first starting his Jersey City-based company to offer energy-efficient LED fixtures bright enough to put sports arena spotlights to shame, Morris has since stolen a large share of business with police departments, the U.S. Air Force and even the local commercial fishing community.

What that takes is not only energy efficiency, but equipment that can be plunged into saltwater dump tanks, shaken violently on vibration tables and be subjected to chambers with temperatures under 70 to above 220 degrees Fahrenheit — and still burn bright.

“We really try to stress the electronics and weed out any failures before they go into a box,” Morris said. “You’re not going to find these products on the shelves of Home Depot, because we really seek out harsh environments and mission-critical uses.”

One of the uses of the company’s military-grade LED fixtures came about as a result of it being discovered by the Air Force at a regular “Shark Tank”-style pitch event the military branch holds.

Three separate times, the company applied for the event and was selected out of more than 100 applications to present its lighting solutions to a judging panel. Multiple contracts came out of that, including at bases in Florida and Germany.

Recently, Joint Base McGuire-Dix-Lakehurst contracted with the company to use its 20-pound portable light for nighttime ground maintenance and refueling.

Morris said his company’s lights are handheld, but can light up to two acres, whereas the alternatives offered by competitors can be up to 80 pounds and require two people to operate, as well as a trailing power generator. 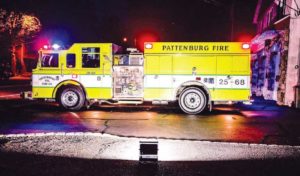 DuraBrite’s lighting products can also offload power to charge other small devices, Morris said. And it has Bluetooth connectivity and controls that are used by commercial fishermen to sense approaching vessels and lower the lights so as to not blind the other vessel.

As far as police applications go, the company has added functionality for SWAT teams that utilizes infrared lighting that lights up several acres — without anyone but those with night-vision goggles knowing. The lights also have what’s called a “dazzler” strobe.

“If you pulse light at certain speeds on and off, it can cause mass confusion,” Morris explained. “They’re using this on their boats to approach vessels that an active shooter might be on or they’re just uncomfortable with the situation. Active shooters can’t focus on targets with those lights.”

One might say the future is bright for this local company, which in mid-March plans to unveil a never-before-seen light it’s calling a “Nano.”

“They’re tiny; you can start with one and daisy-chain them together to have 50 inches of light on a boat or vehicle and then pop one out, put a battery on it and have a search and rescue light,” Morris said. “That sort of modular design is something we expect to be revolutionary.”

Mom-and-pop shop at the mall? How Garden State Plaza aims to...

Honeywell names chairman of Transportation Systems business ahead of spinoff