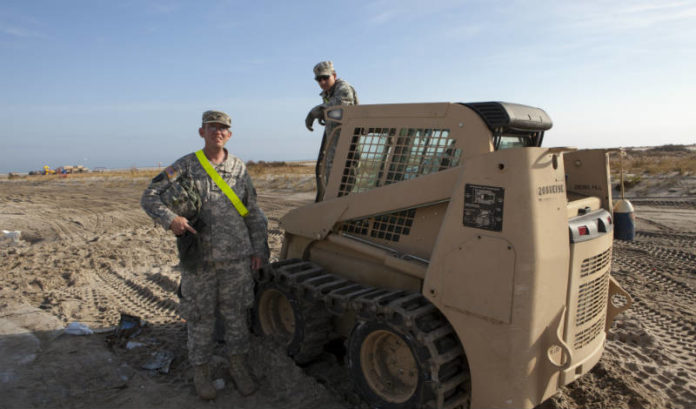 Gov. Phil Murphy said he has sent a letter to the White House to gain use of the U.S. Army Corps of Engineers to help the state construct temporary hospitals.

Murphy said he hopes it doesn’t come that, but said New Jersey has to prepare for the worst.

“This move would be prudent to expand capacity and alleviate the strain on our hospitals, and so we can both properly cope with this public health emergency and ensure the continuity of care for other emergencies,” he said.

Health Commissioner Judith Persichilli said the state already is taking steps to increase the capacity of the beds it has for patients. She said reopening closed hospitals — or wings of open hospitals that currently are not being used — are the top options.

“We have been working to expand hospital capacity,” she said. “The (Department of Health) is talking with several CEOs about the possibility of opening up eight currently closed acute care hospitals that have been closed over the past several years.

“Additionally, the department is working with hospitals that have wings closed to convert the total wing to negative pressure. At this point, there may be 185 additional rooms available if we do that.”

Persichilli said approximately 55% (or 140 patients) of the state’s currently confirmed 267 cases are in the hospital. She said the state currently has 700 negative pressure rooms.

Those numbers are on the increase due to increased testing — and increase in symptoms.

“I can tell you that many of the individuals that enter the hospitals with moderate symptoms, but enough to be in the hospital, when they do get admitted to critical care it appears that the disease is moving very quickly,” she said. “They can, within 24 hours, require a ventilator.”

This is the reason for more rooms.

Persichilli said the most important thing is for hospitals to have the medical gasses they need so patients can be appropriately and adequately taken care of. She thinks there are existing buildings that can handle that.

Murphy said reopening wings of hospitals and closed hospitals — or building new structures — is one of the many reasons he called up the New Jersey National Guard.

“Because the National Guard can play a multitude of roles, including engineering and helping us construct,” he said. “I think we’re probably first going to look at wings of hospitals that have been closed to reopen. And then full hospitals — we don’t have many of them, but we’ve got some of them that are closed and can be reopened. And maybe dormitory settings that can be converted to a quarantine setup.”

Murphy also said they are steps he hopes the state won’t take, buildings they won’t have to use.

“If we open wings or hospitals and we don’t need them, that will be the best mistake we ever made,” he said.

Head of one of N.J.’s largest health systems called for severe...