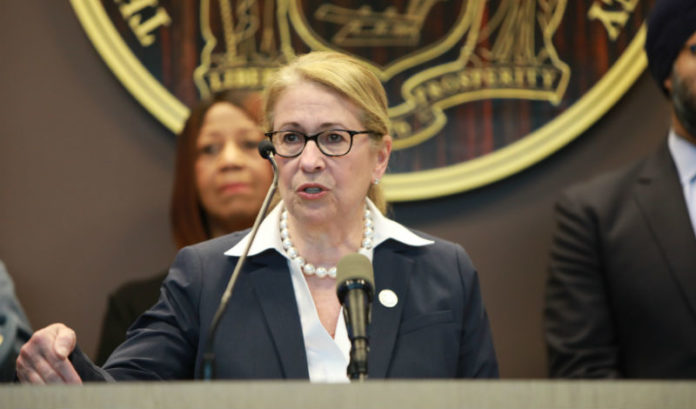 Despite this, Persichilli said the risk to contract COVID-19 still remains low if the proper precautions are taken.

“Over the past few days, New Jersey has seen a significant increase in the volume of cases, concentrated in the northeastern portion of the state,” she said. “Some of these cases have been directly linked to previously confirmed cases, and there are some that do not have any linkages. This is an indication that community transmission is occurring.”

Persichilli, speaking at the state’s daily briefing, said this is not a cause for panic.

“The risk of contracting COVID-19 in these areas is slightly higher than it is in areas of the state where case counts are still limited,” she said. “However, the risk overall still remains low when you follow social distancing, respiratory etiquette and hand hygiene.

“The potential public health posed by COVID-19 is high both globally in the United States and now in New Jersey. Individual risk is dependent on exposure. Under certain circumstances, as we begin to see increased community spread, certain people will have increased risk of infection. For example, people in communities where ongoing spread of the virus has been reported at elevated levels. Yet, the overall risk of exposure still remains relatively low.”

Gov. Phil Murphy said the increased totals are the result of a number of things — including the fact that far more tests are being conducted each day.

Murphy said he is not panicking, either, but he is adding more restrictions to encourage social distancing. On Tuesday, he ordered the closure — until further notice — of all indoor retail shopping malls, amusement parks and amusement centers throughout the state.

Murphy said he came to the conclusion overnight that this ban should have been included with Monday’s restrictions. He pointed out, however, that restaurants that are part of a mall are still allowed to remain open — but for takeout or delivery only.

Other items from the briefing included: