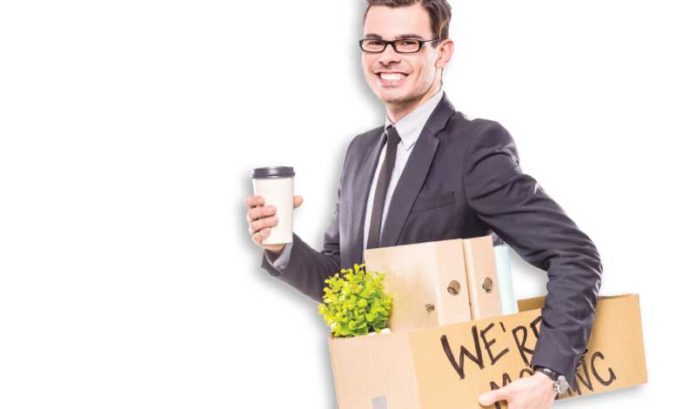 Real estate professional Clark Machemer has three children on the older side of Gen Z.

It’s selfish, he knows, but, like many, he’s asking: “What can we do to keep those kids here?”

Because, based on all the latest figures, it’s not looking like a likely prospect.

According to a late January report published by Rutgers University’s Center for Advanced Infrastructure and Transportation, New Jersey and the wider region has for the past few years fallen into an “absolute population decline,” characterized by an outflow of what should be the next generation of residents.

Machemer has seen some of that firsthand as senior managing director at Crow Holdings Industrial, overseeing the Dallas firm’s Northeast contingent. So, he worries about how long a state bleeding professionals in the millennial — and soon, if not already, Gen Z — demographic can continue to boast about its talent base.

“All the talented workforce — the scientists in the ‘medicine chest of the world’ — honestly, that talent seems to me to be aging,” he said. “And many of the younger ones are moving to new hubs like Boston, Raleigh (North Carolina), Nashville (Tennessee), Austin (Texas), Denver or somewhere in California. … So, I have to wonder, are we just resting on our laurels?”

Rutgers’ aforementioned report, entitled “‘Urbs,’ ‘burbs,’ and the immigration locomotive: an analysis of economic, demographic and market trends,” highlighted some of the trends at play in millennial outmigration.

The once-millennial-attracting features “found almost exclusively in post-2010 revitalized urban cores,” the report states, “have increasingly become standard interstate issue in many other places, proliferating perhaps as rapidly today as suburban strip shopping centers did in the postwar decades of the 20th century.”

Also cited in the report, the quality of public education joins other considerations for now-child-rearing millennials moving away from New Jersey’s urban zones — and, often, out of the state entirely.

As far as those other considerations go, cost of living in the region is the obvious one.

“Perhaps we could, say, give a tax credit for folks in that younger generation choosing to live in the state?” Machemer said. “Not to say it’s a golden handcuff, but it’s an acknowledgment that rent’s not cheap. And, sometimes, nothing means more than the pocketbook.”

As Rutgers’ own regionwide report alluded to, and as a report from New Jersey Policy Perspective more directly confronted, New Jersey’s dwindling millennial population is a phenomenon not unique when compared to other high-cost states.

But, local real estate experts believe the Garden State should outperform its peers, especially given that the state’s talent base is its calling card.

There are ideas both large, such as infrastructure endeavors to further ease commuter options, and small, such as awarding more liquor licenses to liven up local night life, that Machemer said the state ought to explore.

“I also think it’s incumbent upon the state to find communities that want to grow and support them,” he said. “And that also means embracing the positives of density and what it can bring. To me, it’s a good thing if you walk into a restaurant at night and it’s lively and full of people. People are social. They want to be part of larger communities.”

Mike McGuinness, CEO of the New Jersey chapter of NAIOP, the commercial real estate development association, said his organization has been busy exploring a pilot program through which municipalities would let properties be created as denser mixed-use development in exchange for adjacent train station upgrades.

Implementation of the plan would require New Jersey Transit partnering with those municipalities, and also possibly generating income from the municipality’s bolstered revenue from ratables. The end goal, McGuinness said, is to add more vibrant communities that particularly younger individuals enjoy living in.

“This transit-oriented development initiative is still in its early stages,” he said. “We’re hoping at some point later this year we can roll it out. … We’re looking at places around the country where they’re done such things.”

When it comes to the current movement of millennials and Gen Z individuals out of the state, McGuinness repeated what others have said: It’s a cost concern most of all.

To that end, Machemer thinks there are a few questions local leaders should always be asking when it comes to the state’s economics.

“What’s the impact on the younger generation this legislation is going have? And, is it going to encourage those individuals to put down roots to live and hopefully work here?” Machemer said. “Really, that should be at the forefront.”

Reach Mike McGuinness of the New Jersey Chapter of NAIOP at: mcguinness@naiopnj.org or 732-729-9900.