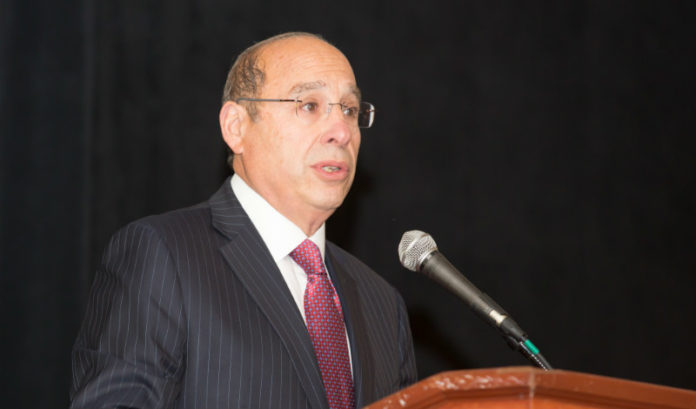 Gov. Phil Murphy announced more severe restrictions for social distancing Saturday afternoon, so, as of Saturday night, residents will no longer be able to gather socially and must work from home whenever possible, including the closure of non-essential retail businesses.

Some have been calling for this type of action for days.

Barry Ostrowsky, the CEO of RWJBarnabas Health — one of the state’s two huge hospital systems (Hackensack Meridian Health is the other) — told ROI-NJ last Wednesday that extreme measures were needed.

Let’s take a look back at his thoughts, which still hold true today. (Read the original story here.)

ROI-NJ: Why do you feel a shelter-in-place type regulation is needed?

Barry Ostrowsky: If we’re serious about flattening the curve, which is incredibly important, you’re not going to get there in any appreciable way without some kind of serious quarantine edict out of Washington. It’s just not going to happen.

ROI: The state has been taking steps toward this. Why should we rapidly adopt more severe measures, as opposed to adding them as the situation warrants?

BO: You should publish this: The public health approach of keeping people sheltered in place or quarantined is the most important thing, there’s no doubt about it. Otherwise, we’re just planning for this contagion in a pandemic way.

Why don’t we see if we can’t stop much of it or spread it out over the months? It will be a lot easier — and certainly a lot less expensive. This, to me, is the biggest issue.

ROI: While adding to restrictions, the state also is attempting to add more temporary health care facilities. Your thoughts on this?

BO: If you’re going to go build temporary hospitals, as opposed to trying to stop it before it gets to that point, then I’m afraid you’ll have your answer. But I think it can be controlled much better, for sure.

ROI: Severe restrictions could drop the economy into a severe recession. Is there a way to balance actions so this doesn’t happen?

BO: Clearly, everybody is evaluating the economic impact of the kinds of stringent steps that truly have to be taken, versus what no one is debating, which is the positive and favorable impact on controlling the virus if you do take restrictive steps.

So, I just picture in my mind folks in the White House and other places, sitting 6 feet apart on different sides of the room, debating this — and it’s always going to be, ‘What’s the public health impact and what’s the economic impact?’

It seems to me the economy’s basically dying anyway. I think it’s a pill that has to be swallowed.

ROI: RWJBarnabas Health has a sister hospital in China — as do all of the major systems in the state. How has that helped shape your moves?

BO: You know what happened when this thing broke out (in Wuhan)? The government locked down Beijing. They said, ‘You can’t leave your house.’ That’s 20 million people in Beijing. They had 400 cases. And they cleaned out five tertiary-level hospitals, each of which had 2,000 beds, by the way, to accommodate the cases that they felt they might have based on the contagion next door. It never materialized, which is great.

And so, it proves — at least to me, maybe not to others — that if you want to effectively stop this rush on the current health care system, there’s a way to do it.