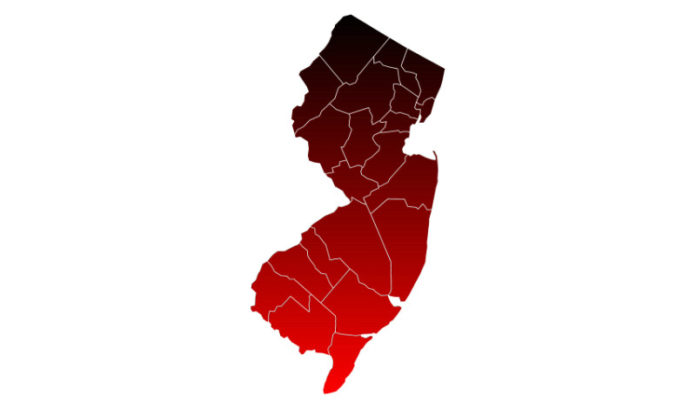 Gov. Phil Murphy announced Sunday that the state has 590 additional confirmed coronavirus cases, bringing the total to 1,914. There also were four more fatalities, bringing that total to 20.

The four fatalities were all seniors, two of whom had other conditions. The conditions of the other two were not known at the time of the briefing. Those who passed include: a male in his 90s (Bergen), a female in her 90s (Middlesex), a male in his 80s (Passaic) and a male in his 70s (Somerset).

Murphy, speaking at his daily briefing Sunday, said both case and fatality numbers are expected to rise dramatically — but they will go up both because the outbreak hasn’t been contained and because more testing is coming in.

“Some of this is community spread, without question, but the big up here is as a result of the testing,” he said.

That testing will increase dramatically this week.

A Federal Emergency Management Agency-sponsored site will open at the PNC Bank Arts Center in Holmdel at 8 a.m. Monday. To be tested, you must have two things: proof of residency and proof of symptoms.

Murphy pleaded for residents not to get in line Sunday night. Among other reasons, they would be violating his order to be off the roads.

The state still desperately needs the gear. Murphy said he was surprised the federal government has not invoked the Defense Production Act, which would encourage more manufacturing of PPEs to close what he calls a big supply and demand gap.

“I don’t have the same look that the director of FEMA or the president of the United States has, but I would have thought — given what we’re going through, and, based on my conversations with other governors, we’re not alone — that this would be an all-hands manufacturing,” he said. “Let’s get this stuff produced.”

Health Commissioner Judith Persichilli said the state has now created a centralized procurement site to inventory and distribute all PPEs. She also said the state has been finding additional PPEs in surgery and ambulatory centers that have slowed.

“There are some institutions who have some inventory that they may be able to share,” she said. “As elective surgeries are decreasing across the state, their supply is coming in. We have doctor’s offices calling us and saying they have a supply that they want to put into a centralized area.”

Murphy said his team had strong discussions about cell phone stores — and whether they are essential. After all, if yours breaks, you’re in a tough spot. For now, however, Murphy said they stay on the non-essential retail list.

“I’m going to say as we sit here in this moment in time, we are sticking with the parameters of the executive order from yesterday,” he said. “We know that’s a concern that has been raised, we’re thinking it through, but, unless folks hear otherwise, we’re staying with where we were.

Persichilli said the state is in need of more donations of blood, saying the need is becoming increasingly urgent. She also stressed it is safe to give blood.

“Coronavirus is a new virus, but there is no evidence the virus can be transmitted by donating blood,” she said.

“We absolute appreciate and understand that the rising number of cases, along with the curtailment of our daily activities and normal routine, is causing people to be anxious and concerned,” she said. “If you are concerned about your well-being or your mental health or the mental health of someone you love, the free mental health care hotline can help. It offers free telephone counseling, emotional support, information and assistance.”

Murphy on a shortage: “When the historians write the history books on this challenge and this war that we’re in, there’s going to have to be a chapter on toilet paper — I just don’t get that.”

Institute for Reproductive Medicine & Science welcomes board certified OB/GYN to...