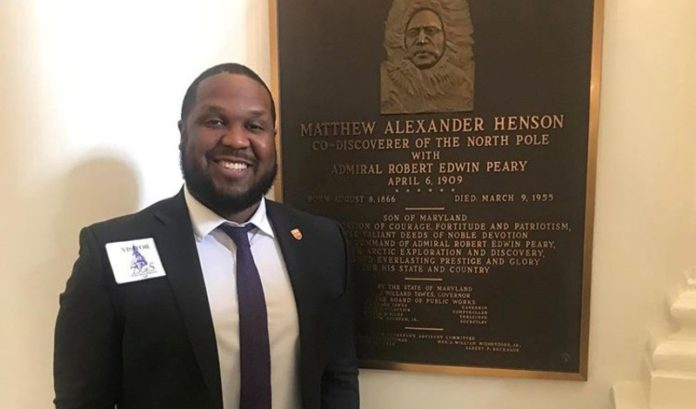 Ryan Jeter is amazed by the happenstance. “It’s the like the classroom coming to life,” he said.

Jeter, a master’s student at Rutgers University in public policy — and someone with interest and work experience in public health — has seen all of the classroom lectures on how government and business can impact the world play out in real time during the past month.

We thought it would be interesting to see how a student — someone that may be in the decision rooms during crisis situations in years to come — views the efforts of government and business leaders today. So, I called Jeter, someone I connected with after being a guest speaker in one of his classes, Public Policy Advocacy, taught by Bob Sommer.

“This has really opened my eyes to government relations,” he said. “I love policy, but I also love politics. Numbers drive policy. The need for stats is everywhere. But, with that, people often forget the faces that those numbers correlate to.”

The coronavirus crisis — which includes a daily announcement of how many more individuals have a case of COVID-19 — may be changing that, Jeter said.

That’s great, he said. After all, he’s always wanted to be a change agent.

After graduating from Howard University in 2010, he went to work with the Chicago Department of Health. Working with a grant from the Centers for Disease Control and Prevention, he spent three years working to reduce teen dating violence in urban communities. He then spent two years in Costa Rica in the Peace Corps before enrolling at Rutgers.

Jeter said he’s been impressed by the swift actions of Gov. Phil Murphy and big corporations.

“It’s been interesting to see that each government official has acted around the country at the local, state and federal levels,” he said. “A lot of the more rural states, where they were late to have cases, sat on it.

Jeter also saluted the actions of big corporations, such as grocery stores. Simple policies, such as opening stores early for seniors, can have a big impact. He said it certainly did with his grandmother, who lives in Florida.

But Jeter, 32, is far from a starry-eyed kid. He sees the missteps that have led to this situation. He sees how years of public health policy in urban communities have left many members of minority communities hurting more than others.

“We’re seeing now how black and brown people are more susceptible in some ways after years of not having equity in access to doctors and wellness,” he said. “We know that black men are more likely to get asthma. That’s something the numbers show, but it’s about more than numbers. You have to look deeper. And people have not always done that.”

It’s a people issue, not a numbers game, Jeter said.

And it shouldn’t take a global pandemic for leaders to understand the issues that exist in their own backyard, he said.

“We know that infant and maternal mortality rates are higher when it comes to women and children of color,” he said. “But that’s been the cases for dozens of years — and we’re just starting to see that now. But numbers don’t change that. It takes people bringing that issue to the forefront.”

In this case, Jeter credits first lady Tammy Murphy, who has made this one of her signature issues.

“Obviously, first lady Murphy is doing a great job with that, and I’m grateful for that,” he said. “(Issues like this) require people to bring that to the forefront, people to study that, people to say we need to do more about that rather than just looking at the data and saying, ‘Women across the board are OK.’

“No, someone needs to look inside the numbers, look at black women specifically.”

Jeter hopes he can be that person.

He will graduate from Rutgers this spring — he’s just not sure when and if there will be a ceremony. Then, he’s hoping to become a change agent. He’s hoping to show politicians and corporations that people are as important as number. His dream job, he said, is in government relations.

Jeter has spent his life preparing to be a leader for times like these.

Making sure all those around him understand people count as much as numbers.

Colleges rushing to close: Should others be following their lead?