Home Industry ‘I’m just as worried about the economy collapsing as I am of...
Facebook
Twitter
Linkedin 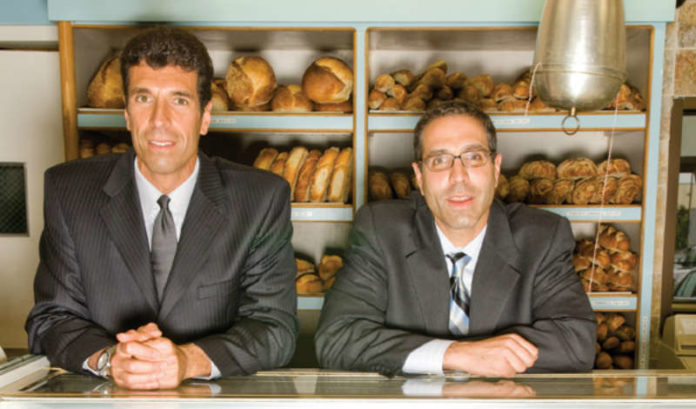 The plans, the solutions, the business models always come to Anthony Calandra at 2 a.m. And then again at 3, 4, 5 and 6. At daybreak — after another sleepless night — reality comes into focus.

There’s no easy way out of this. Not right now. Not with the economy ground to a halt.

Calandra, the second-generation co-owner of a family empire that started as a single bakery in Newark in 1962 and has grown to become the leading distributor of bread in the state — all while diversifying the company’s holdings into restaurants, hotels and apartments — knows his family’s business is like almost every other business in New Jersey.

“I’m just as worried about the economy collapsing as I am of this virus.”

Calandra did all he could to prepare for a moment like this.

He helped diversify the family’s holdings.

He embraced the family’s code of living beneath their means.

He made sure the company has money in reserve. And very little debt.

And, yet, it appears nothing short of massive federal intervention will solve this problem. And even that’s not a certainty.

Calandra rattles off a checklist of business slowdowns.

“The restaurants are closed except for one, just for takeout,” he says. “And that’s 10, 15 takeouts a day. I keep it open for the point of it; I can’t close them all.

“My hotels? One of them is closed for renovations, but the others are open, with like 10 rooms per night.

“And then the rents. Both residential and commercial. Who knows if people have money to pay? Right.

“Eighty percent of my income has been cut off.”

These are the days Calandra says he’s glad he learned to live modestly.

“We live below our means. We’re fortunate.”

He knows most of the approximately 850 people his family employs are not in the same situation.

This is the hardest part of his day.

He has given them what little masks or sanitizers he can find in storage. He has given them PTO days they have not accrued yet. He’s taking care of all the copays on the insurance. He says he’ll find a way to take care of the ones who have been with him the longest.

The work isn’t there. Not by a long shot.

“Take, for example, the maids,” he says. “If my hotels are at 4% occupancy, what are the maids going to do? If they’re supposed to be cleaning 150 rooms and I only have four rooms to clean, what am I supposed to do?”

His labor costs are beyond anything he’s ever seen.

“Usually, I try to shoot for about a 24% to 28% payroll in the hotels,” he explains. “So, for every dollar you make of room revenue, you spend 24 to 28 cents for payroll. My payroll percentage for my hotels was over 400% last week. And it wasn’t the worst week yet. So, it’s not even like I’m covering payroll. My weekly payroll is four times my sales — never mind the mortgage, never mind the real estate taxes, never mind this, never mind that.

Calandra says he’s spoken with more elected officials in New Jersey than he can count.

They all have the same answer: none.

When Calandra spoke with ROI-NJ on Wednesday, the leaders in Washington, D.C., were at the final stages of passing a multitrillion-dollar stimulus bill to help companies large and small. The impact of that is just as uncertain.

“I don’t know how they’re going to funnel the money to businesses,” he says. “They’re talking about maybe going through the insurance companies and letting them pay through the business interruption model. That probably sounds like the most logical way, but I don’t think that’s what is going to happen.

“I think the state of New Jersey is trying to pass something in the next few days to get the clause of a pandemic removed from an insurance claim, so a pandemic cannot be used to deny a claim. And then they’re going to backstop the insurance companies. I would think that should be done more on a national scale. Because how does the government know which businesses to send money to? How?

Until then, Calandra says he’s doing what he can do to make a few dollars.

“At my store, they’re not buying pastries, they’re buying bread, the basics,” he says. “My deli’s probably the only thing that’s doing a little better right now. Normally, I never stock fruit, but I took all the fruit and vegetables from the restaurants and now I’m selling them at my deli, just so I can be more convenient for my customers. The deli, which is the smallest part of my business, is the only one that’s probably up.”

Calandra says he’s doing what he can to help others, too.

“We’re feeding the emergency response teams in Newark,” he says. “We’re sending them sandwiches every day because they’re working around the clock. We’re trying to do our best to help the community.”

When the country does come through this, the economic recovery is going to be slow. And many of the sectors Calandra’s are in — restaurants, catering, big parties — will come back slowly.

Having great credit pays off at times like these. It enabled Calandra to take out a large advance from his commercial line of credit.

“I don’t need the money today, technically, but I took an advance to throw it into my money market account just in case,” he says.

He doesn’t really finish the sentence. All the just-in-case scenarios don’t add up.

“Can I hold out a year?” he asks, then answers. “I can hold out a few months.

“But even myself, as good a financial position as I’m in, what happens if this thing goes a year?”

He goes to bed thinking about it every night. It’s not a peaceful slumber.

“I’m exhausted today,” he says. “Last night, I woke up five times to dictate 22 emails. I get up, think of something, go right to emails, because I’m afraid that if I go back to sleep, I’m going to forget.

The search for a solution continues.