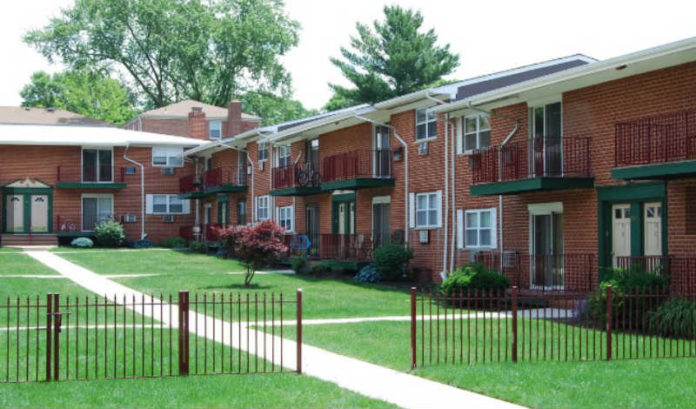 The idea sounds easy. And right. Put a moratorium on mortgages — both for individuals and companies — and then work with the national mortgage companies to make them whole. Gov. Phil Murphy suggested as much Thursday. And he said he’ll be surprised if something like this isn’t worked out soon.

Where it gets tricky is with renters.

Rents go to individual landlords, not national financial institutions. And much of the rent revenue goes to things other than the potential mortgage on the property. (More on that below.)

It’s why Murphy himself said he’s hopeful but “less definite” on a solution there.

Dave Brogan, the executive director at the New Jersey Apartment Association, think he has the answer.

Brogan said a program to address the issue already is in use. There’s no need to create a new one, he said. The existing one would just need to be expanded. And — this is the tricky part — funded.

“We need an emergency rental assistance program,” he told ROI-NJ. “That’s what I’m advocating for right now. Because, if we don’t get it, there’s going to be a domino effect on the whole multifamily ecosystem that people don’t truly understand.”

“The person, if they meet the income qualifications, gets approved, then the county organization reaches out to the landlord to confirm that the person has rent in arrears or rent that that is due. Once that happens, the landlord gets one check for everyone in their building that’s eligible, usually electronically.

“There are multiple people in every apartment community that are experiencing this right now under the regular assistance program, it just needs to be adjusted.”

Brogan said that would be best use of money that potentially is coming from the federal government.

“We would like to see the state utilize that existing infrastructure to provide assistance,” he said. “The only thing that would need to change is the income limitations in order to ensure that the average New Jerseyan — the people in workforce housing —get approved.

This type of program — rather than a blanket suspension of payment for all —works better, Brogan said.

It means people who need help get it. And people who don’t need it — and there are plenty who are still being paid — do not get assistance. And while there’s always a chance for fraud in any massive appropriations, it is cut down, since the check goes directly to the people who need it, the landlords.

Brogan said the average person doesn’t understand how the apartment complex revenue stream works at multifamily complexes — or how the industry directly supports 50,000 jobs in the state.

Especially since staffs and vendors are being worked like never before. More people at homes mean more calls for service. Starting with plumbing. People aren’t just flushing the toilets more often, they are flushing more things down them that cause clogs.

“Do you know how many more service calls our members are getting?” Brogan said.

Then there’s this: The staff needs to only handle more people during the day — it is people who may be feeling trapped and restricted.

“You’re talking about higher population densities than single-family homes,” Brogan said. “It’s communal living. So, social distancing is more difficult. We had to close all the community rooms and the areas where people congregate. That’s tough.”

It’s a tough situation all around. One that will play out over the next few weeks.

For starters, everyone involved needs to know about what type of assistance, if any, is coming from the state or federal government. Then there’s the traditional week or two-week grace period that follows rents that are due April 1.

“We’re wondering whether or not people are just going to be late, they’re not going to pay at all, or they’re going to pay a portion,” Brogan said. “Our members are trying to work with the residents as best they can. But, at the end of the day, it’s the rent revenue that helps sustain those properties. So, we’re really nervous about it.”

Brogan tries to remain upbeat. He said most of his members have longstanding relationships with their renters — and are looking to work with them. That’s a good start.

“This idea that there’s this adversarial relationship out there is an easy thing to say, but it’s really not true,” he said. “People who have been in this business for decades have longstanding relationships with their tenants. So, they’re going to try to work with them as best as they can.”

For now, it’s wait and see. But the rent comes due eventually.

NJHA: The rise and fall of New Jersey’s COVID-19 hospitalizations