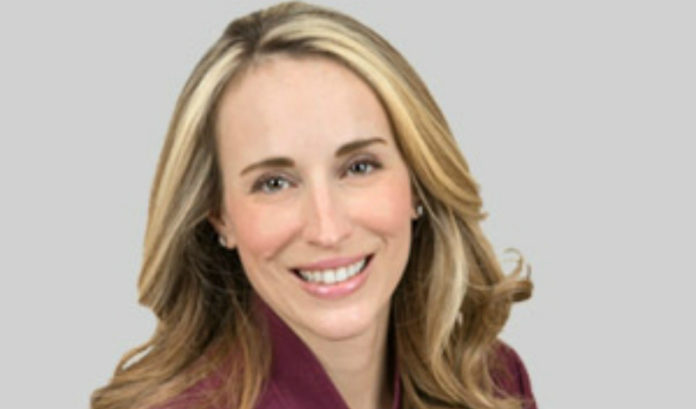 We had heard all the theories and seen the click-bait headlines about how divorce rates in New Jersey would skyrocket once unhappy couples were forced to spend serious amounts of time together during the work-from-home, stay-at-home orders during the coronavirus crisis.

So, we went to an expert to find out if they were true.

Her phone has been getting plenty of action — but not necessarily because of the reasons theorized. Yes, there were some inquires, but Fava points out one problem with that premise.

“If you’re in your house with your spouse and you want to call your divorce attorney, it’s really difficult to do that with privacy,” she said.

There were two other main reasons for calls. The first: People in the middle of a divorce (secret’s out) had a little more time to devote to their situation and were reaching out to see if they could get better representation.

Then there were the surprise calls: Former clients who had completed their divorce, winning their freedom among other things, reaching out for a familiar voice. Some were stuck living alone and were struggling with the fact their support group suddenly wasn’t as close.

We talked with Fava about all this and more — including practicing law without physically being in court or at consultations. The conversation was edited for content and clarity.

ROI-NJ: Has your phone been ringing off the hook with people pushed to the brink because they are spending so much time with someone they realize they no longer want to spend any time with?

Sandra Fava: I had three consults last week, but I don’t know that it was because of the virus. I think it’s too early to make that connection. But I think we will get there, for sure. If you’ve already had a rocky relationship and you were questioning whether or not you were in it for the long haul, all of the issues will be highlighted.

ROI: When do you think actual cases will pick up?

SF: We’re usually busy in the fall, when kids are back to school or going away for the first time. The house clears out and, all of a sudden, people have time to start making some decisions. I think we’ll see that type of situation when this ends. And I would predict that we’re going to be busier than we would on a normal year.

ROI: Let’s talk about the calls you are getting now. Give us those details?

SF: I’m getting a lot of calls from people who are unhappy with their current representation. When people are divorcing, they often go through the motions. They have a job. They have kids. This is mentally and emotionally tasking, so they just do what they need to do.

Now, everybody’s got a bit of a break and they’re stepping back and saying, ‘Is this really working for me?’ And they have time to go online and how others approach things. I have had a lot more calls in the last two weeks, specifically.

And I’ve had a lot more calls where I am playing therapist. Getting divorced is hard. It can be lonely. You have to find a support system. And, for a lot of people, this is taking away from their support system. And, if they are older — and the kids are somewhere else — it can be incredibly lonely.

This was not something that I had initially thought of. And then, last week, I started getting a lot of these phone calls. They’re really feeling alone and like they’re going to be alone forever. And it’s really taking a toll on people.

ROI: You talk about phone calls. And I know you are doing video chats, too. And this isn’t just with clients, it’s with judges, too. Talk about doing business in a new tele-law way, so to speak?

SF: We did a call last week with a judge in Morris County about doing Zoom appearances. We’re told that this was the way motions were going to be dealt with and how conferences that would otherwise be in person would be held. They’re able to use the CourtSmart system, which is the audio system in the courtrooms that records everything that’s happening.

ROI: Do you think this will be difficult?

SF: Actually, no. Not for family law. We already were doing a lot of this because of the shortage of judges. In some counties, people — regardless of COVID-19 — were able to get divorced without actually appearing in the courthouse. You just have to do a certification to show you understand what you’re executing. So, it’s been around.

I think the family dockets have been most affected by the judicial shortfall. Essex County is really suffering because of the lack of judicial resources. There are only three or four judges who are really doing the divorce dockets and it’s the busiest county in the state.

ROI: That sounds like a tough situation. Here’s another one: I imagine if this happened while you were in the middle of a divorce, it has been especially difficult. Is that true?

SF: It’s certainly not easy, but I think the people who were at the finish line can still get over this threshold. It’s a little slower, but as I said, we fortunately already had set up a provision where you could do this without appearing together anyway.

The people who are really going to have a hard time are those people who are in the middle of a trial or a mediation or a binding arbitration. How are you going to admit evidence on a Zoom call? And that’s if you can get the evidence. Some people can’t get access to their offices. We’re a big firm, so we can handle doing more things electronically. It will be harder for the small practitioners.

ROI: Is there anything else that needs to be addressed?

SF: Yes, one really important thing. People who are in abusive relationships are really at higher risk right now. If you’re trapped in with the spouse, you need to take advantage of the resources, like the domestic violence hotline. And local police departments are now handling temporary restraining orders. And they’re doing it around the clock, whereas the protocol used to be, if you had an issue, you had to go to your local courthouse during the day. Now, it’s just call the police. People need to know that they don’t have to be trapped or unsafe because of this virus.

(If you need help, please call the National Domestic Violence Hotline at 800-799-7233. If you’re unable to speak safely, you can log onto www.thehotline.org or text LOVEIS to 22522.)