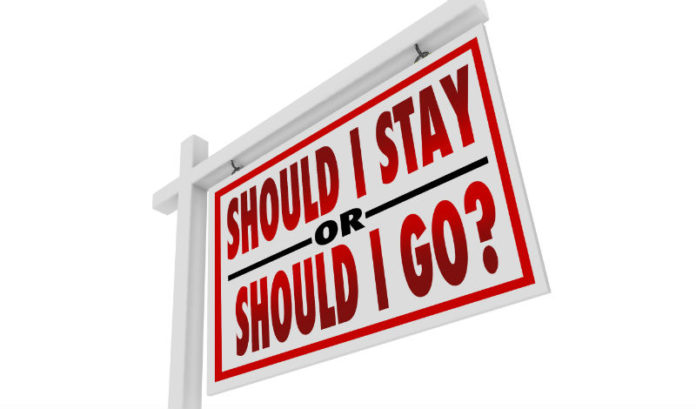 Some examples are obvious. There have been multiple weddings in Lakewood, which appears to be the epicenter of knuckleheaded behavior — and then this: a party Friday night in Ewing Township that had 47 people (including a DJ) in a 550-square-foot apartment.

It was all Gov. Phil Murphy could take.

“Here’s an example of what not to do — and we are not going to be shy about naming and shaming those who just can’t get this message into their heads,” he said during his Saturday coronavirus briefing. “The organizer was charged, as they should have been and deserved to be. This is not a game.”

But, as we began another week of the COVID-19 crisis — which week this is depends on when you truly started take it seriously — we have to ask: Are we, the state’s approximately 9 million residents, taking this seriously enough?

That answer may still be “No.”

Don’t take my word for it. Listen to Antonio Tomarchio, the founder and CEO of Cuebiq, the company that has been releasing data showing the movement patterns of populations around the country.

The company tracks movement to help advertisers see what forms of advertising produce more foot traffic to their stores. Those same movements can help predict how coronavirus will spread. He’s making it free to any official who wants it during the COVID-19 crisis.

“You can analyze not only how people are moving but how it is evolving, which is the most critical thing,” he said. “You can see if the recommendation to stay at home are having effect. You can see where people are abiding and where the population is not yet changing their habits.”

The dashboard is updated daily and gives a comparison to how traffic was the week before. Mobility has lessened a great deal in the counties of Somerset (down 68.2%) Morris (67.9%), Bergen (66%) and Monmouth (61.2%), but those are the only counties down more than 60%, which pales in comparison to New York City (down 94.9%).

The New Jersey rates go lower the father south you go. Atlantic, Cape May, Cumberland, Salem and Gloucester counties have dropped by less than 40%. Cumberland, in fact, is down just 17%.

“You can even almost predict that’s the next area that will be hit, if people are not changing their habits,” Tomarchio said.

A native of Italy — he moved to the U.S. in 2013 — Tomarchio said he’s worried about comparisons to the way his native land did not take COVID-19 seriously enough. That’s why he’s making his dashboard — which can go down to neighborhoods — free to any public official who wants to use it.

If you don’t believe the numbers, believe your eyes.

A trip around ROI-NJ’s offices in Cedar Knolls on Friday found multiple office parks filled with a double-digit number of cars. Are there really that many essential businesses that require work from an office?

We’re guessing most offices are like ours: Roughly 90-95% of employees are home, but a few at the top still come in to make sure what absolutely must be done gets done.

And have we really limited businesses being open to the “essential” ones?

Bike repair shops? Please. There are few, if any, communities in this state where bikes are the main form of transportation. This is an exception that doesn’t make sense. Not when we are (correctly) limiting the number of people at funerals. And compare this decision to countries in the Far East — where bikes are often, by far, the primary source of transportation. Do you recall any bike repair shops in Wuhan, China, being open?

Allowing people to exercise is important. But we’re not doing enough. I see it in my own neighborhood of Morris Plains (where the grapevine says we have one case but it’s likely many more). And there’s no reason to believe that more cases will change behavior.

The Twitter account of Hobokengirl.com showed pictures of a park that was flooded with people. This, in one of the most densely population municipalities in the country — one where the hospitals already are overwhelmed.

As the weather gets warmer — and our appetite for distancing lessens — there figures to only be more of this.

Such gatherings go against the methods that have worked in China and South Korea. They instituted the type of total lockdown RWJBarnabas Health CEO Barry Ostrowsky called for when he suggested a shelter-in-place edict.

“If we’re serious about flattening the curve, which is incredibly important, you’re not going to get there in any appreciable way without some kind of serious quarantine edict out of Washington,” he said. “It’s just not going to happen.

“You should publish this: The public health approach of keeping people sheltered in place or quarantined is the most important thing, there’s no doubt about it. Otherwise, we’re just planning for this contagion in a pandemic way.”

Ostrowsky said those words March 18, right before the state announced we had 427 known cases. They are proving prophetic. We now have well over 10,000 cases. And, there’s no reason not to believe that, by April 18, we will have over 100,000 cases. New York, after all, is more than halfway to that total.

Murphy was ahead of the curve on social distancing. And he said Saturday he’s always willing to implement more when asked about a federal quarantine for the tri-state area.

Saturday night, the CDC put in a voluntary travel restriction for the tri-state area, asking residents to limit domestic travel for two weeks.

“Do we consider regularly taking additional steps?” Murphy asked Saturday afternoon and then answered. “You bet. Either prompted by the president or on our own.”

That time is now. It’s time to shelter in place. For at least two weeks. It’s time for no one but health care workers, first responders and the absolutely most essential personnel to be allowed out.

We need to do this before we are forced to — as has been the case throughout Italy. Before we become the next New York City.

The system is going to break down not because there is not enough testing or even because there are not enough masks or ventilators. The social distancing we still allow is helping to create a crisis situation where we soon will not have enough people to care for those afflicted.

There is an untold number of health care professionals who have contracted COVID-19, and at least 700 members of law enforcement, according to State Police Superintendent Col. Pat Callahan.

Murphy has set a great example for information and transparency by having a daily briefing. He did not have one Sunday — for the first time since the crisis began. When they resume Monday, here’s hoping they occur without any media in the room. (Even as media member, I recognize that questions certainly can be asked digitally.)

Shutting down the briefing would be another chance to set the example that we all — with very few exceptions — need to be home. After all, that’s the only known way to slow COVID-19 down. It’s time to take that step. It’s time to shelter in place.

Marketing in the time of coronavirus: Consultant explains how businesses are...