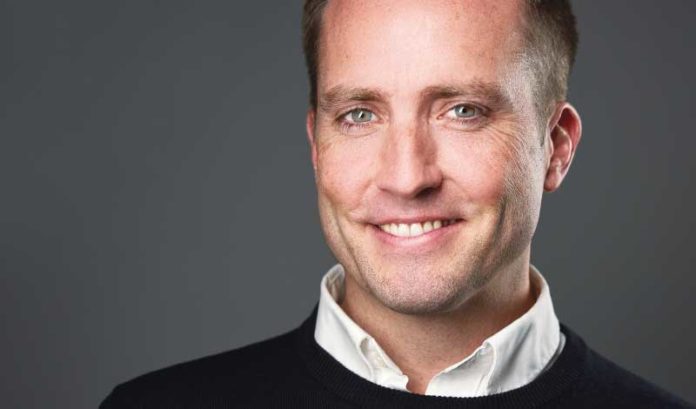 In real estate, nothing happens overnight. Case in point: Rome wasn’t built in a day.

Hence the industry being one of the slower adopters of the same disruptive technology that’s virtually ancient now to other sectors. But there’s a new generation of entrepreneurs showing up in the sector who are ready to knock down the traditional way of outfitting buildings and selling them.

The barbarians are at the gate. And they’re from New Jersey.

Ed Carey, founder and CEO of Audience Town, tells it like it is: Sure, highly capitalized digital platforms such as Zillow have been moving things in a more web-focused direction in real estate sales for years. But the same Big Data-driven approach that has already been deployed for other industries hasn’t yet made itself at home in real estate.

He’s expecting the Garden State is the place from which that will start to change.

“Right here in Newark, we think we’re building what’s going to be the next generation of how real estate advertising is done,” he said. “It’s an exciting time.”

Carey, who sees the Brick City as a desirable alternative today for tech startups to Manhattan or other well-known entrepreneurial environments, launched his own startup in 2018 to be part of what he believes is an overdue transformation of the real estate sector.

Among other things, his company uses machine learning algorithms that take in reams of data to predict when someone might be moving early in their real estate search — scoring them as likely to move within a three-, six-, or 12-month timeframe. That’s based on certain milestones in that web-surfing consumer’s life that signal they might embark on a homebuying journey: when they’ve had a baby, starting a new job or have reached retirement. 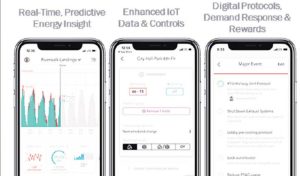 “With platforms such as Facebook or Zillow, consumers have moved their search almost entirely online,” Carey said. “So, we’re developing ways for real estate marketers to actually understand more about the intent of consumers ahead of time … at the beginning, not the end, of a search.”

About a year into business — and with a recent infusion of cash from early-stage venture capital fund MathCapital — the startup’s predictive tools are being developed for use by residential and commercial real estate companies and other marketers. The real estate advertising category tops $30 billion, according to Carey, but the sector has been largely overlooked by tech startups.

There are a few reasons why a tech-centric approach to the sector makes sense right now, with perhaps the most important being that population trends are changing who is on the hunt for homes. Millennials overall remain the largest generation of buyers, according to the National Association of Realtors. But Gen Z shoppers are also increasingly stepping up to purchase starter homes.

As those younger generations search for places to live, and as they transact with industry players, the real estate sector is playing catch-up in the competition for these digital natives’ attention, Carey said.

“Whether it’s your phone, your computer, your television — most people, especially young people, have at least five devices connected to web and we’re all spending about 11 hours every day consuming content from those devices,” he said. “So, the big challenge is, how do real estate marketers find people across those multiple devices and all those hours of content?”

There are New Jersey startups not only paying attention to the data that’s coming from how people use devices to search for homes, but also the data coming out of the increasingly cutting-edge devices equipped in their homes.

Jeff Hendler is CEO of another of the property-focused tech firms that are starting to be referred to by the portmanteaus that follow every disruptive tech category — in this case, it’s “proptech.”

Following the trend of using data from the real estate sector to do something new, Hendler’s Livingston-based Logical Buildings helps real estate firms monitor real-time information about energy use, water use and other readings from meters in a building. It integrates all the data from “smart” devices in a building, such as internet-enabled thermostats in an office or an apartment complex.

And the good thing is — buildings are smarter than ever.

Hendler said the previous hurdle to bringing together all the “living, breathing” elements of a building, including the lighting or climate — into one mobile experience was that buildings weren’t always outfitted with the level of connectivity required.

“But not only is Wi-Fi becoming more ubiquitous, the costs are going down for buildings to have more access points,” he said. “And, with 5G, that’s only going to accelerate adoption.”

Even if the talk of smart analytics and machine learning makes your head spin, there’s a clear takeaway. …

Logical Buildings, a recent recipient of the high honors in the tech world with an award from the Consumer Electronics Show in Las Vegas, is getting rave revenues from property owners in the state looking to appeal to the tech-friendly younger generation of renters, Hendler said.

“We’re getting a lot of interest from building owners who want to provide these smart apartment features to our millennials and Gen Z renters coming in Jersey City, Hoboken and throughout the state,” he said. “They’re expecting these devices. They want a seamless digital experience.”

In the digital era, data is always at the center of a business. … But that data isn’t always centered where the business is.

Centers tasked with safely storing all that data floating between businesses, institutions and consumers — stocked with chillers that can keep large electronics cool, backup power supplies and high-end physical and cybersecurity — are far from a real estate niche in the Garden State.

As Sean Brady, managing director at Cushman & Wakefield, pointed out: seven out of the Top 10 banks in New York City have data centers in New Jersey. There are more than 80 data centers total throughout the state.

The Garden State was just a decade ago the entire country’s leader in the data center real estate market, and hosted the world’s largest modular data center in Edison.

“But, when Hurricane Sandy hit, that changed the marketplace dramatically,” Brady said. “And you’ve had new markets develop, such as in Northern Virginia, where the cost of electricity is also anywhere between 30% to 100% cheaper each year.”

But the state is poised to take a strong position in the market again, as many enterprise businesses express interest in moving into local colocation data facilities, Brady said. Those centers bring together the data of many businesses into one large, often industrial building.

Looking on the far-off horizon, Brady said the trend to watch — after more businesses follow the trend of migrating data out of offices and into more secure colocation bases — is whether 5G internet and the cloud eventually eat into the demand for these centers.