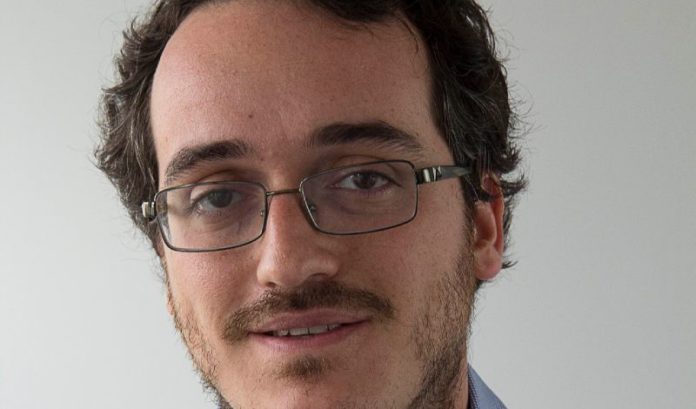 The number of confirmed COVID-19 cases in South Jersey is growing quickly this week. Some saw it as an inevitable outcome. Antonio Tomarchio saw it as the logical progression of the data his company has been collecting.

Tomarchio is the founder and CEO of Cuebiq. He has made a career out of taking mobile marketing to the next level. If you want to know if your ad campaign is really helping your retail location, he can tell you by tracking the movements of your customers down to the nearest block.

But Tomarchio is about more than marketing and making money. He believes in D4G (“Data for Good”) as much as 5G. He feels his technology can help in times of crisis, so he’s offering his services to help in the fight against COVID-19. As a native of Italy, he knows firsthand of the ravages of the outbreak. And he wants to help.

That’s why Tomarchio is making his mobile technology platform free and available to any elected official or health official who wants it. He feels his Mobility Index, or MBI, can help show where people are taking stay-at-home edicts seriously — and where officials may need to spend more time educating those who are not.

“You can analyze not only how people are moving, but how it is evolving, which is the most critical thing,” he said. “You can see if the recommendations to stay at home are having effect. You can see where people are abiding and where the population is not yet changing their habits.”

The dashboard is updated daily and gives a comparison to how traffic was the week before. Last week, he explained to ROI-NJ how the northern counties are far being far less mobile than those in the south. He even issued a warning that appears to be coming true.

“You can even almost predict that’s the next area that will be hit, if people are not changing their habits,” Tomarchio said March 29.

His data allowed him to see this happen throughout the month.

“We saw this in California,” he said. “The Bay Area reacted right away, while you could see, in Southern California and Los Angeles, people were still moving at significantly higher rates. And we saw it in Florida, during spring break. Unfortunately, that led to an increase of cases, days into the crisis.”

Tomarchio said his dashboard can trace movement to ZIP codes, census tracts — even down to neighborhood blocks. This can help in multiple ways during the crisis, he said. The biggest? Overlaying mobility data in an area on top of other key data, such as hospital beds.

“The overlay of our mobility index with social indexes can be helpful for policymakers or anyone who is trying to reach vulnerable categories of the population,” he said. “For instance, overlaying this index with hospital bed availability could further provide insights on the potential risk of a certain county.

“If a county has a low hospital bed availability and the mobility index is still high or it doesn’t decrease as it should, this could be a recipe for disaster.”

Tomarchio said his data backs up what many already suspect: Those in underserved communities have much higher risks for contracting COVID-19 right now.

“One thing that we’re seeing is that, if you overlay this data with the data from public census data around the level of income, it seems there is an unfortunate correlation between the lower-income neighborhoods and slower decreasing MBI,” he said. “The reason is probably because people from these neighborhoods are unable to work from home. They do jobs that required them to keep them moving.”

Tomarchio, who came to the U.S. in 2013, fears the U.S. is following the same path taken in Italy. He wants to do whatever he can to help. He is based in New York City, and said he has not been contacted by anyone in New Jersey. But he welcomes a call.

His company’s desire to do good predates this crisis.

Cuebiq’s Data for Good program allows education institutions and others, such as the Federal Emergency Management Agency, to utilize the data to better understand things such as evacuation patterns during national disasters — such as the recent wildfires in California — so they can better plan. And, more so, they can adjust their plans during a crisis, sending personnel where they are most needed.

The company started a foundation to do this work in the fall of 2016, just months after the company launched. A full-time employee is devoted just to this mission, Tomarchio said.

“We’ve been providing our data, free of charge, to nonprofits and educational institutions for a broad range of reasons, including income inequality,” Tomarchio said. “It helps give them a better understanding issues of mobility at scale and how it impacts the overall human condition.”

In times like these, Tomarchio knows officials need all the help — and all the data — they can get. He awaits their call.