Home Finance About your business interruption insurance: Why it likely does not include pandemics...
Facebook
Twitter
Linkedin 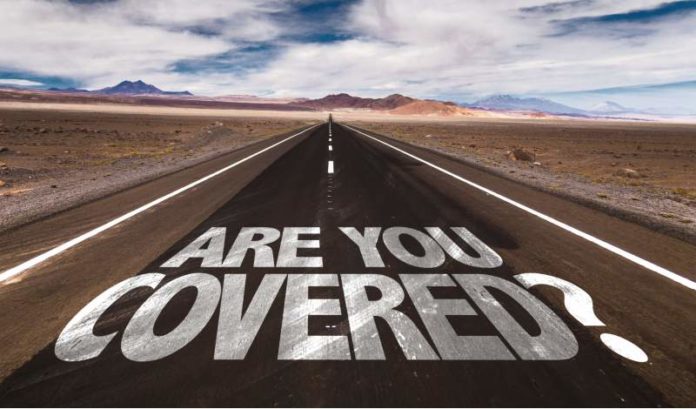 For local businesses fighting for their financial well-being, the bad news just keeps getting worse.

It turns out that having a serious chemical spill, an aircraft crashing into the property or even another Superstorm Sandy may have been preferred as the cause of halting their daily operations compared with COVID-19’s silent and invisible threat.

Business interruption insurance claims are triggered as a result of insurance-covered physical damage occurrences, and COVID-19 does not fall into that category, according to Harvey Topitz, founder and principal, Rivers Insurance Group.

It’s an opinion that he says will be backed up in any court proceeding. At least right now.

“There was no physical damage,” Topitz said.

A second situation that would have enabled such a claim to be paid is reason of civil authority. And, yes, Gov. Phil Murphy did shut down most businesses indefinitely in an attempt to limit the spread of the devastating pandemic. But that, too, was not declared as a result of a physical damage event, so it, too, does not apply. (Superstorm Sandy did cause serious physical damage, but then-Gov. Chris Christie did not shut down the state.)

Adding to business owners’ grief is that a bill, which was under consideration in the New Jersey Legislature only a few weeks ago, would have potentially amended these insurance policies retroactively, adding viruses and bacteria as “covered perils” that would have been reasons for claims. Those claims would have been covered retroactive to March 9, before the COVID-19 calamity was in full force.

“This (bill) got tremendous pushback from the insurance companies, as you could imagine,” Topitz said.  “They argued, ‘The government can’t change a contract, and who would pay out these enormous claims?’”

The bill did not pass, and is dead in New Jersey, but other states (California, Ohio, New York and Illinois) have discussed similar bills.

“It’s hard to say if these bills were done with the intention of passing or just so they could show their constituents that they cared about them,” Topitz said.

The history of business interruption insurance language shows how reactive and protective insurance companies have been for their well-being. The insurance industry nationwide is regulated by the individual states and all endorsements must be approved by the state insurance commissioner. For example, immediately following the SARS virus scare in 2003, policies began to include viruses and bacteria among exempt perils that would be applied to coverage.

Insurance Services Office, or ISO, based in Jersey City, is a leading source for insurance risk information and policy forms. Coincidentally, in February, ISO had been working on supplements to policies that would allow business owners to claim coverage due to quarantine or other closures, said Jay Feinman, distinguished professor at Rutgers Law School in Camden.

“But, I’m not aware of anyone buying those supplements, and certainly not in time to cover the COVID-19 event,” Feinman said.

Feinman said that hurting business operators can hope for two ideas that might enter the discussion: Relief programs similar to the September 11th Victim Compensation Fund or the Terrorism Risk Insurance Act, where the government steps in as an effort to make whole the business community.

Topitz recommends that business owners should still start to build their case and compile expenses and evidence of loss, in the slim chance that a law is passed and paid in part by a government subsidy to the insurance carriers.

Topitz, ever the optimist, had a word of caution for business owners.

“(Don’t) get your hopes up too much, but stranger things have happened,” he said.