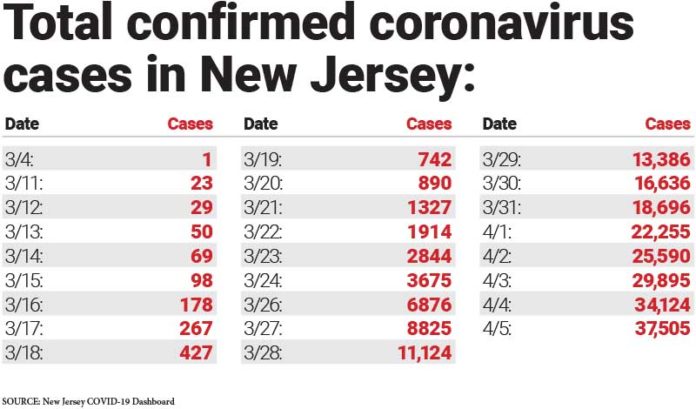 Gov. Phil Murphy announced Sunday morning that the state is in line to receive 500 additional ventilators from the federal government.

Murphy, in a tweet sent out just before 11 a.m., said the announcement came after multiple conversations with the White House.

After multiple conversations with the @WhiteHouse, we’ve secured an additional 500 ventilators.

Ventilators are our #1 need right now. I won’t stop fighting to get us the equipment we need to save every life we can.

It is unclear where the ventilators are coming from or when they will arrive in the state. The shipment is the third large shipment of ventilators the state has received in the past seven days.

Last Monday, the state got a shipment of 300 ventilators. On Tuesday night, it was given 350 more.

Counting Sunday’s shipment, the state now has received 1,350 of its original ask of 2,500. Murphy pledged to keep asking for more.

“Ventilators are our No. 1 need right now,” he tweeted. “I won’t stop fighting to get us the equipment we need to save every life we can.”

Murphy also announced Sunday that the state has 3,482 new confirmed COVID-19 cases, bringing its total to 37,505.

In addition, Murphy reported there are 71 new fatalities, increasing the state total to 917.