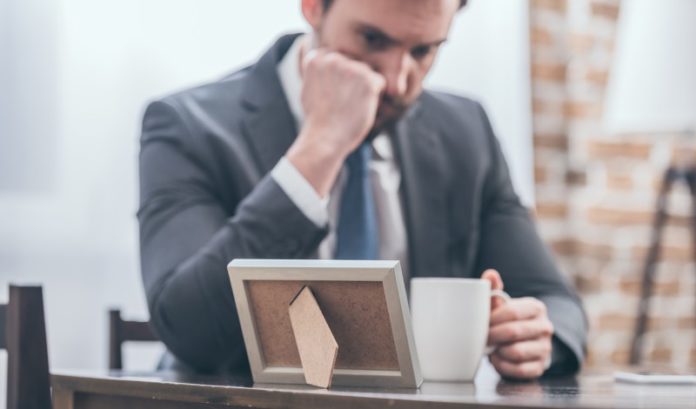 Olga Medina owns and operates Simply You Hair Studio & Spa in Fair Lawn. Last Friday, she went into her shop for a few hours. Not to work. She has obeyed Gov. Phil Murphy’s order that all personal care businesses are closed indefinitely. Just to be there.

Murphy’s mandatory close order came March 19. Two weeks and a day later, Medina said she needed to go back for the comfort her business provides.

“It felt good just to be back in the salon, it really did,” she said.

Dr. Frank Ghinassi wasn’t surprised to hear the story. Ghinassi, the CEO of Rutgers University Behavioral Health Care, and a senior vice president for RWJBarnabas Health, said everyone is going to find out just how connected they are to their workplaces. Even in this era of work-life balance.

Ghinassi said he wouldn’t be surprised if there is a surge of these feelings this week — the third week of Murphy’s nearly mandatory work-from-home edict.

“I think it’s probably that two-week window that’s going to be the big change for people,” he said.

Ghinassi admits there’s no scientific evidence to back up his premise. Just anecdotal.

“What I’m drawing on here is what’s sort of routine human experience,” he said. “And, for most people, a week or two on vacation can often take them out of their typical social circle. That’s pretty much in people’s normal repertoire.

“But, I think, once you get past two weeks, a lot of folks don’t have much experience with being isolated beyond that. So, I think there’s something about two weeks that makes it a little different.”

“It’s an interesting difference, isn’t it? You go to Italy and you say, ‘What are you?’ And they’ll often say, ‘I’m a Tuscana’ or ‘I’m Calabrese.’ You say that here, and they’ll tell you they’re a baker, a banker or a candlestick maker.”

This connection to the workplace has been part of American culture since its earliest days.

“We are a nation of rugged individuals,” Ghinassi said. “It goes way back to our frontier pioneer roots. We were here to kind of pull ourselves up from our bootstraps. And what that meant was a long day of honest hard work. And a lot of people, whether it’s a pizza shop owner, a beautician or a neurosurgeon, this is how I think a lot of Americans describe who they are and what they are.

“This has disrupted that.”

Ghinassi said the stay-at-home rules will make some realize a simple truth: We spend (a lot) more time with the people we work with than the people we live with. The average commuter, he said, may only spend 3-4 hours a day with their family. And that’s not always quality time, considering how often we are pulled away by homework, nighttime events and, yes, even work.

“The truth of the matter is, in a given 168-hour week, you spend the most time with your schoolmates or your workmates, and that has now been turned on its head over the last month,” he said.

There is some good news. Ghinassi said Americans are not just rugged workers, but people who are able to adjust. He points, again, to the vacation scenario. Even in those short periods, we adjust our daily schedules, he said.

Not everyone will be able to do this easily, however.

Ghinassi said he worries about two classes of people. Those already predisposed to be alone — the elderly, for example — and those predisposed to other psychological issues.

“Those are the folks that we’re really very worried about,” he said. “And, for those folks who’ve ever touched our system, for example, we’re aggressively reaching out now to them to do home contacts on a daily basis.”

Ghinassi said others can do those, too. In fact, he said checking up on people in these groups could be a win-win in these tough times.

“One of the best ways to help yourself feel better during a very tumultuous time like this, is altruism,” he said. “If you can find a way to make a difference in somebody’s life, even a small thing like reaching out to somebody who’s homebound, that act of altruism, it pays back in triplets.”

Of course, for some workers — and owner/operators such as Medina — the best way to feel better is to get a reminder of what life was like before COVID-19.

She’s doing her best to keep working, putting together hair-color kits and dropping them off at customers — and doing so without having the normal social conversations that are such a big part of the culture of her industry.

“We’re going to get through this,” she said. “Right now, all we can do is stay positive. I tell my coworkers and my clients, ‘We can’t control what happened, we can only control our emotions.’”

Those emotions, Ghinassi warned, are rightfully getting worn. The need to try to find comfort in familiar things — even ways that connect you to your work life — is normal.

“I think, if people are feeling out of sorts and want to validate that and also normalize it, I think they have good reason,” he said.