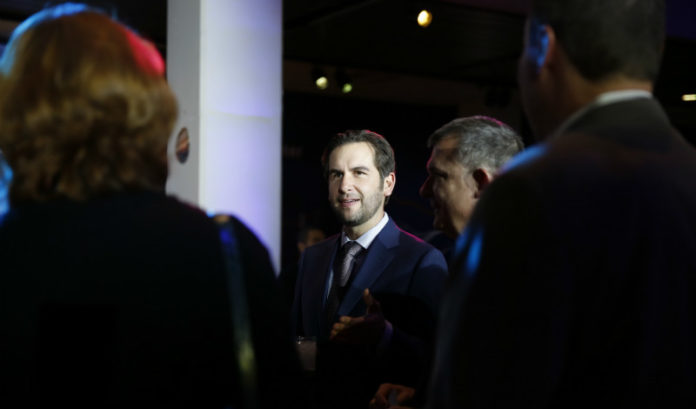 Jersey City is like every other municipality in the state: Its revenues are down. And its expenses — especially due to actions caused by the COVID-19 outbreak — are way up.

Mayor Steve Fulop said he feels the city has a shortfall of $70 million because of the two factors. On Monday, he took what he feels are proactive measures, announcing a buyout plan for longtime city employees.

Fulop said the decision — one of a number of cost-cutting measures the city is undertaking — was an inevitable result of the situation. Jersey City has more COVID-19 cases than any other municipality in the state.

“I think that every municipality is going to have to do it, and the more proactive and early you start having that conversation, the better off you’re going to be,” he said.

“We won’t know until we start looking at tax collections around May 1 and payroll collections of that tax … what our numbers really look like,” he said. “But we know that we were losing several million dollars a week.”

Fulop hopes the voluntary staff reductions will help the city close the $70 million gap without resorting to the next logical step: layoffs.

Fulop spent a few minutes speaking with ROI-NJ on Monday morning. Here is a look at the conversation, edited slightly for clarity.

ROI-NJ: Talk about getting to this point?

Steve Fulop: We tried to be clear with our residents and our workforce. We said: ‘This is where we are. These are the ways to solve it.’ Layoffs are one of those options. Hopefully, we don’t get to there. And we’re going to take steps moving in that direction with the hope that we solve it before we get there.

We’re obviously thinking about what’s happening today with the virus, but I think it’s also a responsibility to be thinking about, how do you deal with it tomorrow, and in a month, and three months, when people aren’t thinking about being inside as much — they just realize that our ability to provide the same services has been decimated because our budget’s been decimated.

ROI: More than 400 workers (who make a combined $22.7 million) are eligible for the voluntary buyout. Is there a dollar amount you are looking to achieve?

SF: I’m trying to chip away at that $70 million number, and we’re going to do it in a lot of different ways. We obviously stopped hiring. We had some new programs that we were putting into place and we’re going to hold off on those. We had some pay raises and compensation restructuring that we were working on — we’re holding off on all that stuff.

ROI: If you don’t reach the number, do you have any options other than layoffs?

SF: We’re going to have to find a way to close that gap, because I don’t think shifting it to taxpayers or homeowners or renters is a realistic outcome, either. So, we’re in a tough spot, to say the least.

That’s why we’re looking to cut the workforce voluntarily. That’s the first step. The next step is going to be furloughs and layoffs, if it comes to that.

ROI: You have been aggressive in your actions throughout this crisis, saying you would rather overshoot than have to come back at the same issue a second time. Is it fair to say that’s what you are doing here?

SF: That $70 million number is probably realistic. We know that were already hemorrhaging money — and we know we’re spending a lot more money because some of the union contracts require double time or time and a half in a state of emergency. We are hemorrhaging money. We have to do this.

ROI: Whenever any financial situation comes up in the state, someone always points to tax breaks wealthy corporations received. Jersey City has a lot of such companies — though, it must be noted, most of those deals were done with the state. Is there a way to get more money from the big corporations that are now in Jersey City?

SF: Municipalities in New Jersey really have only one source of revenues for the most part — it’s property taxes. So, we don’t have the ability to ask the corporate community for more money. We don’t have the ability to put something on income taxes. It’s property taxes. That’s it. We’re a one-trick pony, so to speak, when it comes to revenue. And that’s every municipality in New Jersey.

We don’t have a lot of flexibility on that, and those decisions are going to come from Trenton. And what we’ve learned is that, if we just rely on Trenton and sit on our hands, nothing good is going to come from that. So, we’re trying to be proactive and think about how we’re going to solve this problem six months down the road.

SF: Every municipality in New Jersey is going to go through this process. They should start the conversation early with their workforce because that’s the best way to solve it. But it’s going to be a tough year. No question about it.