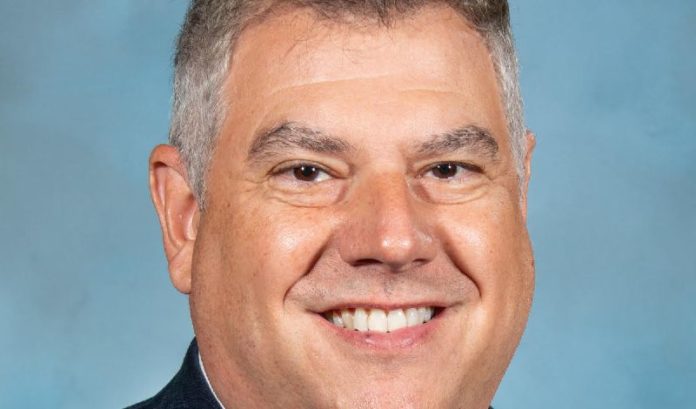 Stephen Scheinthal remembers how pervasive the paranoia about the AIDS epidemic was when he was studying medicine in the ’80s … and how an infectious disease doctor dispelled that for him and other medical students by explaining the chronic condition’s limited transmissibility and hugging AIDS patients.

That’s an experience that today’s medical students, who are watching life change as they know it during the novel coronavirus pandemic, won’t have.

So it’s no wonder that — as Scheinthal, professor and chair of the Rowan University School of Osteopathic Medicine‘s Department of Psychiatry, pointed out — the medical students who are now considering early graduation opportunities to join overloaded hospital workforces are contributing heavily to an uptick in the use of mental health hotline services.

The stress of the still-evolving situation is sparing no one.

“Overall, the role for psychiatry has never been greater in recent memory,” he said. “The ability to listen and bring balance to a situation when we’re with a patient is more critically important now than ever.”

Scheinthal’s own overloaded schedule of psychiatric patients is a testament to the across-the-board mental health impact of the spreading COVID-19. And he’s a specialist in geriatric psychiatry, where the anxiety levels line up closely with the rising infection rate. His patients are worried for their lives.

“The repetitive nature of the 24-hour news cycle is especially problematic in geriatric psychiatry,” he said. “I think of 9/11, and how news stations had footage looping all day long. For a geriatric patient with cognitive impairment, that was really disturbing. Those towers really were falling not once, but all day long for them.”

Between appointments with people one might expect to be particularly anxious, given the reported risks for older individuals afflicted with the respiratory disease, Scheinthal is having encounters with physicians who he once considered unflappable.

And they look as shaken as anyone else, he said.

Frank Ghinassi, CEO and president of Rutgers University Behavioral Health Care, confirmed what Scheinthal alluded to — that it’s just as often individuals familiar with the harsh realities of illness that have felt distressed.

A new weight has befallen current health care workers, or those about to enter the field, as they watch colleagues sickened by COVID-19.

“So, they’re worried about the safety of colleagues; they’re also worried about their own families and themselves,” said Ghinassi, who is also senior vice president of Behavioral Health and Addictions Service Line at RWJBarnabas Health. “It’s an unprecedented level of stress they’re under.”

Psychiatrists new to their field are being shaped by the situation as well —in a different way.

“This generation of psychiatrists — due to this experience —has had a great introduction to how critical their role is,”Ghinassi said.

Psychiatric professionals say those with anxiety or depression are affected maybe more than most by the massive disruption to everyday life during the shelter-in-place orders enacted to slow the spread of the virus. Introverts, widowed elderly individuals and others might regularly experience isolation that’s thwarted only through work or other social activities.

So those providing psychiatric services have good reason to stay actively involved in the care of those patients. For now, that often means connecting for therapeutic sessions virtually. The use of “telehealth” services in psychiatry has been employed in select cases for over a decade. But, in the past three weeks, it’s become the dominant mode of patient-psychiatrist communication.

As far as what general advice psychiatrists are giving their stressed-out patients, Ghinassi refers to it as “everything your grandmother taught you.”

“Get better sleep at night,” Ghinassi advised. “Also, monitor your use of alcohol or caffeine, because now’s not the time to load up on those. It’s probably a good time to look at the way you’re eating, even if I know diet might be the last things on peoples’ minds with the thousand other things they’re thinking about.”

“Because, as I’m sure we’ve all heard by now, this won’t be a sprint, but a marathon,” he said. “We’re going to be dealing with this for many months.”

Scheinthal added that some portion of people might require pharmacological intervention for the anxiety or depression they’re suffering. But a larger majority are experiencing an expected range of emotions in a difficult time, he said.

Another important note: Just about everyone’s feeling the same way.

“That might not always be apparent in the midst of social distancing,” Scheinthal said. “But the silver lining of experiencing this in 2020 is, we can still stay socially connected despite being distanced, via the magic of technology, whatever your platform of choice is.”