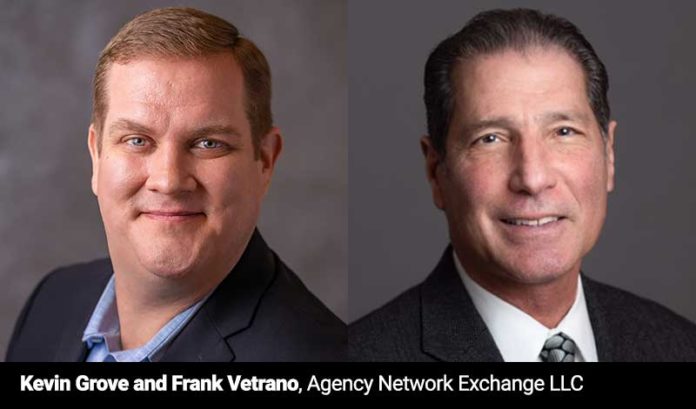 “The quality of ANE is reflective of the caliber of talent we attract,” said Elizabeth Schenk, ANE’s CEO. “Both Kevin and Frank bring a wealth of knowledge and a stellar reputation to our growing staff. They will be instrumental in achieving our aggressive growth plans with our member agencies and carriers, as well as expanding our footprint.”

Vetrano brings 43 years of industry experience, previously with the Hanover Group as regional vice president for New Jersey and downstate New York. Grove spent the last 16 years with Travelers as an account executive and most recently, regional director in Pennsylvania. 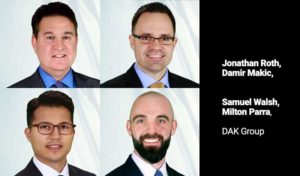 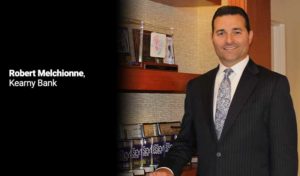 “Robert joins us with a wealth of experience in the commercial lending sector, along with additional expertise in multiple other aspects of our industry,” says Patrick M. Joyce, Kearny Bank executive vice president/chief lending officer. “These are precisely the qualifications necessary for the individual who leads our lending team.” 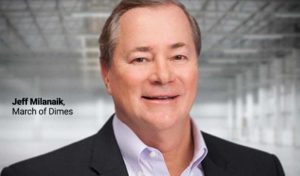 The reception, now planned for September, brings together over 250 professionals from New Jersey’s real estate industry. The evening includes a cocktail reception, networking, a silent auction and short program in addition to watching the annual Pynes Putting Challenge Championship Round.

“For over 20 years, the Real Estate Awards Reception has provided a forum for March of Dimes to raise awareness about its work while honoring an outstanding real estate industry leader,” said Michael Klein, managing director at JLL Capital Markets. “Jeff Milanaik is well-respected within both the real estate industry and his community. We are thrilled to acknowledge his efforts as our 2020 honoree.” 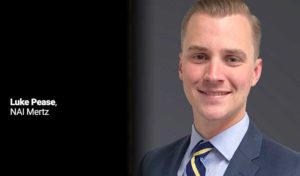 “Luke is a valued new member of our team as we continue to grow our sales force throughout New Jersey,” stated Bobbi Jean Formosa, executive vice president and managing director.

Previously, Pease was employed with Bank of America. He was a member of the Penn State Asset Management Group, and is a licensed real estate agent in Pennsylvania and New Jersey. 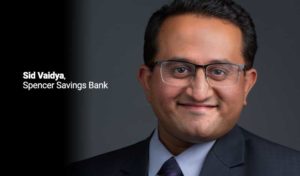 Spencer Savings Bank, a leading New Jersey-based community bank, recently announced the expansion of its Commercial and Industrial Lending team with the addition of a new lending expert. The bank recently hired Vice President Sid Vaidya as C&I relationship manager, to meet the growing demands of the division.

With over a decade of strong experience working in the commercial lending industry, Vaidya is focused on relationship management with a background in credit analysis. He has worked with middle-market clients, in a variety of industries and professions, throughout the state. He will be based in Union County and will be growing his relationships there — providing commercial lending solutions to both small and midsized companies, which are often overlooked by the larger financial institutions.

“We are excited to welcome Sid to the Spencer team. He has strong business development skills and extensive industry knowledge,” says Juan Oelofse, senior vice president and director of commercial and industrial lending. “Spencer’s success has always been rooted in the ability to build strong, long-lasting relationships with our clients and Sid’s passion for the client is a perfect match with our company philosophy. He understands the winning formula that has made Spencer great — complete client focus and care while simultaneously providing expertly tailored solutions, fair pricing, expedited turnarounds and local decision making — and is excited to join this winning team.”

“We are excited to have Daisy on our team. She will be leading the marketing and communications charge at a critical time for SB One Bank as we continue to build our brand and strength in the metropolitan market,” said Vito Giannola, senior executive vice president & chief banking officer, SB One Bank.

The law firm of Bressler, Amery & Ross announced that capital markets and regulatory attorney Mark Knoll has been named managing principal of its New York office.

Knoll succeeds Andy Sidman, who has managed the office since 2007. The firm also announced that Knoll and Sidman will co-chair its Financial Institutions Regulatory Defense Practice. Sidman will remain a member of Bressler’s Executive Committee.

Prager Metis CPAs, a leading accounting and advisory firm with offices in North America, Europe and Asia, welcomes Edward P. Rigby as its newest partner. Rigby joins Prager Metis as a partner in the Tax Services Department and will be based out of Prager Metis’ Cranbury office.

“Ed has earned an impressive reputation among his colleagues and clients for being a highly successful negotiator and strategist, and his addition to our team will help us strengthen our reputation as the ‘go-to’ expert for tax-related work,” said Michael Aroyo, managing partner of the Cranbury office. “His experience in providing tax advice relating to mergers and acquisitions, international tax structuring and tax benefits relating to business investments will not only enhance the services we provide to our clients, but will also be a strong internal asset with relation to the firm’s future growth.”

Trophy Park, the planned world-class, multipurpose indoor and outdoor athletic complex in Jackson, which plans to open in 2021, will now have two experienced executives heading its day-to-day operations.

Mick Smoothey, the former founder and CEO of U.K. Elite Soccer and CEO of Global Team Events, based in Cedar Knolls, has joined Trophy Park as president of sports operations, and Bill Muirhead, former CEO of Star Parks and longtime executive with Six Flags, has been named president of operations and chief operating officer. The announcements were made by Alan Nau, CEO of Trophy Park.

Amazon set to open delivery station in Lodi in first half...