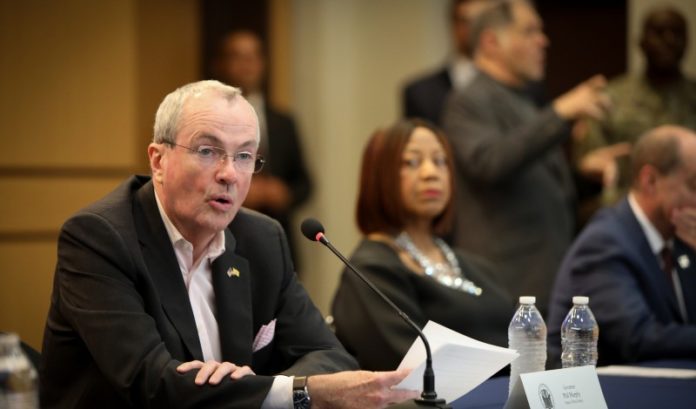 Health Commissioner Judith Persichilli read off statistics regarding the number of fatalities in the state during Tuesday’s daily COVID-19 briefing:

This means fatalities in the African American community are nearly double the percentage of that community’s overall population in the state (13%).

There appear to be multiple reasons for the numbers.

For starters, many African Americans are predisposed to having high blood pressure, diabetes and heart disease at an earlier age, making them more vulnerable to the coronavirus.

Then there’s the issue of access to health care and health care disparity in underserved communities.

Dr. Anthony Fauci, who has been the director of the National Institute of Allergy and Infectious Diseases since 1984 but finds himself in the spotlight during the COVID-19 outbreak, said that is a major contributing factor.

Fauci, during the White House press briefing Tuesday, said the COVID-19 outbreak is shining a light on this issue.

“It’s not that (African Americans) are getting infected more often, it’s that, when they do get infected, their underlying medical conditions — the diabetes, hypertension, the obesity, the asthma — those are the kind of things that wind them up in the ICU and ultimately give them a higher death rate,” he said.

Gov. Phil Murphy addressed the issue during his own daily coronavirus briefing.

“The number that jumps out is the African American number as it relates to the overall population,” he said. “That is a meaningfully higher percentage of that cohort than it is in the state of New Jersey.”

Murphy has discussed the situation in underserved communities throughout the crisis — repeatedly noting steps that are being taken because of the issue. The governor has made this a key priority, but acknowledged the history he is up against.

“It is overwhelmingly the case that, even in peace times, never mind in times of war — such as the one we’re in now — that communities that are usually left behind are further left behind,” he said Tuesday.

New Jersey is not alone in the issue. Cities across the county are showing that the U.S.’ poorer communities are being hit by COVID-19 harder.

Again, the numbers tell a story:

Government officials don’t have any answers.

Fauci, in fact, said the issue will outlast the virus.

“When all this is over and, as we said, it will end, we will get over coronavirus, but there will still be health disparities which we really do need to address in the African American community.”