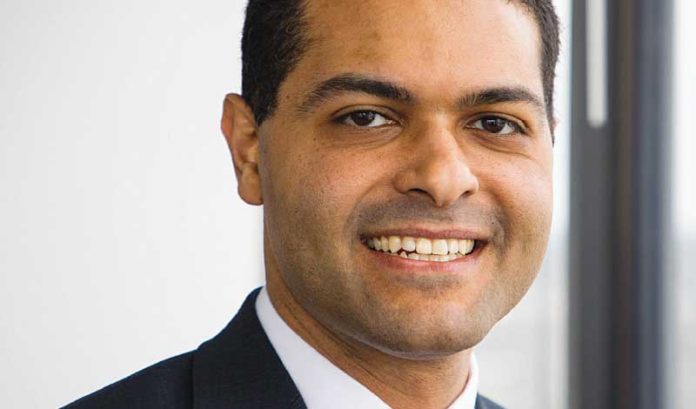 Surgical divisions, treatment areas for uncomplicated medical issues, a dental school … University Hospital is preparing any space that it can for the flood of patients stricken with the respiratory illness COVID-19.

The hospital in Newark, an urban core in the middle of the North Jersey rampage of the novel coronavirus, was treating more than 150 confirmed positive cases of COVID-19, with many more suspected, as of Monday night. It’s now almost entirely dedicated to treating these patients.

And the worst is still to come, according to Shereef Elnahal, the hospital’s CEO and president.

“We’re clearly at the beginning of a surge in our city,” he said, adding that, according to the hospital’s internal modeling, it would have to prepare for up to 100 hospital admissions per day at the peak — likely less than 10 days from now.

One of New Jersey’s trio of Level I trauma centers, University Hospital’s experience hasn’t diverged drastically from what other medical centers outfitted to treat critically ill patients are experiencing in the region. Like others, Elnahal said, the hospital is seeing large numbers of patients, overwhelmingly older, seriously ill from COVID-19.

Because hospitals in the region are so focused on caring for these patients, they’re relying in part on temporary “field hospitals,” planned by New Jersey and Army officials, to assist in caring for patients that aren’t infected with the virus. University Hospital is involved in helping set up one such facility at the Meadowlands Exposition Center and will be transferring patients free of COVID-19 symptoms there.

Unfortunately, also like similar institutions, the hospital is currently strained on available medical staff — and becoming more strained as those employees get sick themselves.

“When you have a pandemic, both the high load of patients and the fact that staff are getting sick … create a difficult equation to solve,” Elnahal said. “So, we’re doing what we can to protect folks and we hope we don’t lose too much of our workforce to illness.”

Those measures have been similar to what other hospitals have done: universal masking, temperature checks and having employees stay home if they’re displaying symptoms. The hospital is also trying to have employees as protected as supplies allow by promoting responsible use of PPE.

Elnahal said it’s believed that a majority of the employees have picked up infections from the community. The latest figures from New Jersey officials show that there’s more than 41,000 confirmed cases of COVID-19 in the state.

Whatever the reason may be, Elnahal said it’s leading to a need for more staff at his Newark medical center ahead of the coming influx of patients. He’s hopeful that aid will arrive from state’s work on building a volunteer core of nurses, physicians and other medical professionals — after Gov. Phil Murphy called late last month for qualified volunteers to help in the state’s fight with COVID-19.

“I’m hearing that they’re sourcing from all over the country, which is tremendous,” Elnahal, who was Murphy’s health commissioner before joining University Hospital, said. “We’ve also had some really helpful shipments of ventilators from the state; this is a reflection of the governor’s commitment to getting us what we need. And we need all the help we can get.”

In the past week, the hospital received about 15 ventilators, which are used for treating critically ill patients with COVID-19. The organization had about 60 before the crisis.

The hospital also has the antimalarial drug hydroxychloroquine, which has been posited as a potential treatment for these patients.

“We are using (it) for patients that our infectious disease team think it might work on,” Elnahal said. “But it’s important to realize that there is no high-quality evidence of the drug’s effectiveness. In fact, it has been tested as an antiviral for decades and it never really bore fruit in clinical trials that were randomized. So, to assume this is a panacea would be wishful thinking at best.”

Until more is known about the best way to treat the illness, medical teams are flying blind in some regards.

But one thing a medical center such as University Hospital can count on is knowing exactly what a hospital setting looks like during a state’s assumed peak number of infections.

“There’s a lot of anxiety as people look at stories coming out of New York and say, ‘This is where we’ll be in any number of days,’” he said. “That’s the difficult thing. One positive piece is that our ability to observe where we can be in the future is that we can plan for it. … We’re also learning from New York’s experience. That’s one benefit they didn’t have.”

A surge of cases might be closing in on his hospital, but Elnahal, wanting to end on a positive note, added that he’s been impressed by the care his employees have shown the community in these trying times.

“The selfless acts I’ve seen here by our employees have really made me very emotional and so thankful for our employees,” he said.

Princeton company hopes for a day when its ricin vaccine can...