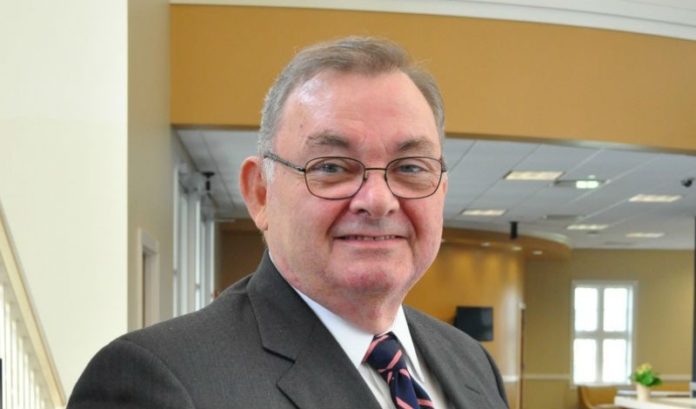 Centenary University didn’t start a medical laboratory science program last fall with the thought of a pandemic in mind. But, as the COVID-19 crisis gripped New Jersey and the world, President Bruce Murphy was obviously thrilled to know his school was preparing students for what now figures to be a sought-after profession.

Murphy’s greater hope is that the program showed something else: That private, independent universities such as Centenary can still play an important role in the higher education landscape in the state.

“People turn to universities to provide thought leadership during crises, and that’s happening in New Jersey right now,” he said. “But our universities have a larger role — to anticipate future need so our nation can better respond to crises such as COVID-19. At Centenary, over the past couple of years, we have been tracking a disturbing trend — our region, and our nation, have a shortage of trained laboratory professionals, as well as a lack of programs to educate them. We’re seeing the implications of that right now, in slower test results.

“While we certainly couldn’t have predicted this pandemic, last fall we introduced a new medical laboratory science program to start addressing this shortage. It’s an example of how this university identified a critical need and is working right now to solve that problem for the future.”

Murphy said the program could be a big part of Centenary’s future.

“We’ve also been laying the groundwork to expand into other areas of the health sciences, because there’s such a great need nationally for trained professionals,” he said. “So, even as we’re dealing with the current crisis, universities like Centenary are moving ahead with academic programs that are vital to mitigating the effects of future pandemics.”

The COVID-19 outbreak will impact most sectors of the economy in devastating ways. Its impact on higher ed — a sector that was facing challenges before the impact — won’t be known fully for years.

ROI-NJ, in its continuing coverage of the impact of the COVID-19 crisis on business in New Jersey, gave extra attention to higher education this week.

(See our stories on its impact at Rowan University, New Jersey Institute of Technology, County College of Morris and Monmouth University.)

Murphy said the outbreak may make some students and parents take a second look at schools such as Centenary, a small liberal arts school with a main campus in Hackettstown and a satellite school in Parsippany. Its enrollment, approximately 1,500, makes it the same size as some of New Jersey’s larger high schools.

Centenary is perhaps best known for its equine studies program and equestrian center — and its alumni include an eclectic range of notable figures, including a former Miss America, the first wife of former presidential candidate John McCain and the rock band Blondie’s lead singer, Debbie Harry.

Murphy said he hopes the crisis will bring more attention to schools such as Centenary — specifically, the financial situations they face.

“There’s no doubt that everyone is hurting financially now — students, families, small businesses and, yes, universities,” he said. “I believe this crisis should be a wake-up call to our state and national officials about the need to support smaller, independent institutions. Collectively, we’re certainly more at-risk than larger universities, both public and private, because we’re largely tuition-driven. We don’t receive a lot of state and federal support, and most of us don’t have big endowments.

“For a long time now, smaller independent institutions have been left out of the conversation about adequately funding higher education in this country. Yet, we provide an irreplaceable service.”

Murphy is not as certain about the school’s enrollment this fall. Like all universities, the uncertainty of the situation — will schools be allowed to have students on campus? — has made planning difficult.

“We’re not approaching next year’s enrollment with the mindset that we need to decrease numbers,” he said. “In fact, we’d love to see enrollment increase. It’s much too early to make a prediction, but this situation could cause a shift in thinking among some students and their parents to take a closer look at their local, in-state colleges instead of studying far from home.”

“I think the smaller independent colleges need to be very aggressive about recruiting and retention,” he said. “That’s nothing new, since we’re all tuition-driven institutions. But I also believe that this crisis sheds some light on the things that smaller colleges do best, and that’s providing individualized attention to the needs of every student.

“Right now, we’re working directly with students to ensure that every single student has the support they need to complete this semester, and that our seniors graduate on time. There are lots of unique situations here at Centenary — student teachers in our education program, therapeutic riding certifications in our equine studies department, students holding a major virtual symposium as part of their sports management minor. In each case, our faculty are working directly with students to provide some pretty unique solutions. You can’t put a price on that individual attention, and you certainly don’t find it at large institutions.”

The funding question persists. And Murphy feels it will be an issue for schools small and large.

“All colleges and universities across the country are facing budgetary concerns as a result of the COVID-19 crisis,” he said. “Some of those issues include things that have an immediate impact on our students, such as how to address room and board. Other issues that may not be so obvious are how the U.S. Department of Education will handle federal funding and how insurance companies will handle claims from colleges and universities.

“At some point, there will most likely also be discussions about financial relief from the public sector, but it’s much too early to try to predict that.”