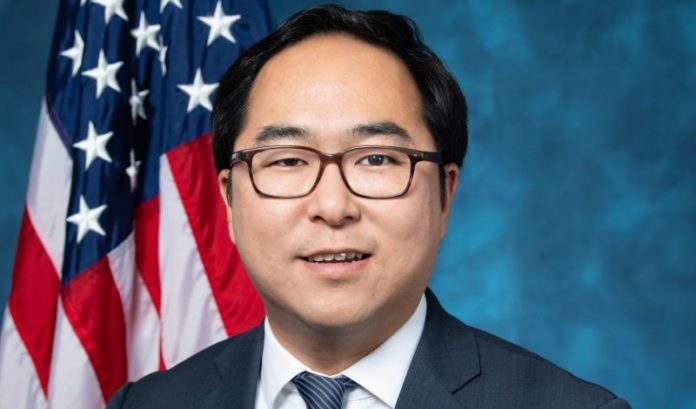 When U.S. Rep. Andy Kim sent a note to FEMA requesting a testing site for South Jersey on March 27, the state’s seven most southern counties had a total of 737 COVID-19 cases.

Two weeks later, South Jersey has more cases than that in Burlington County alone (803) — and four times that amount in Ocean County (3,093).

It’s why Kim (D-3rd Dist.), appearing at Gov. Phil Murphy’s daily briefing Thursday, again appealed to the Federal Emergency Management Agency to act on the request, which has been backed with bipartisan support in the area.

“We need a federal-backed site in South Jersey, and we need it right now,” he said. “Especially at a time when we see the numbers continue to climb exponentially.”

Kim said the concern comes not only from the rise in numbers, but a fear at what those numbers are not showing, due to a lack of testing.

“Due to limits of testing capabilities, we’re left to wonder if this is just the tip of the iceberg or something more that we should expect — and what will the next 14 days bring?” he said.

Kim, fearing Philadelphia is becoming a hot spot, said the region needs to get ahead of the issue now. He said doing so will pay off when it comes time to reopen the economy.

“Testing isn’t just important for us to understand the spread of the virus and concerns on the public health front, but it’s critically important to understand how we’re going to be able to move forward and get our economy up and running responsibly,” he said. “This is how we are able to keep watch. If we don’t have a coordinated and sustained testing regimen, we’re not going to be able to keep watch on the virus as we start to restart our economy.”

Kim said he also wants to test for antibodies, which some feel show who has immunity to COVID-19.

The timing of the request may not be good.

Some reports say FEMA is looking to end testing in certain area.

Murphy said the state has been promised that the FEMA sites in Bergen County and Monmouth County would remain open until the end of May.

Yu to step down as president of LianBio