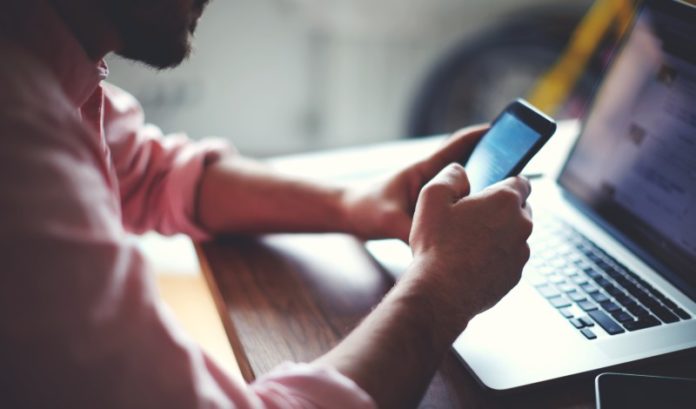 By now, most people have seen the stat. The number of daily cell phone calls is now approximately twice the number associated with what is traditionally the busiest day of calling in the year: Mother’s Day.

At Verizon, that means more than 800 million calls a day.

Tami Erwin, an executive vice president and group CEO of Verizon’s business line who is based in Basking Ridge, said that number only begins to tell the story.

Erwin said she can trace the success of social distancing measures through those calls by tracking how many cell sites customers are interacting with.

It’s not the only number that’s telling.

Verizon is now processing, on average, 9 billion texts a day. And those cell phone calls, Erwin said, are, on average, 33% percent longer than on the average day.

Erwin, who spoke at length with ROI-NJ about how Verizon is helping its business customers in New Jersey and around the world quickly adjust to work-from-home scenarios, said she has seen all the numbers that show how quickly that transition has been implemented. And what it means.

“I think it speaks to the need that we all have to feel some degree of connectivity with the world around us,” she said.

Erwin said connectivity use for VPN usage is up more than 50%, another data point that illustrates the workplace transition.

“We’re really seeing how traffic is shifted from cities out to where people are working,” she said.

Erwin said Verizon’s consistent push to increase the connectivity and capacity of its network is paying off during the COVID-19 crisis.

“We have always talked about the fact that we are a network provider first and foremost, and that our expectation is reliable network performance,” she said. “Think about that kind of volume and how our network has continued to perform very well. I’m proud of that. When it really matters, we’re seeing the network perform really well.”

Erwin said Verizon has made adjustments to billing — and plans — to ensure all businesses can stay open during this turmoil. Especially small businesses, she said.

“We’re waiving late fees, we’re not terminating any of their business,” she said.

Verizon also has told customers that it is making all plans unlimited minutes for both voice and data — and has increased the ability to share Wi-Fi service when making their phones a hot spot.

Meet 1st two N.J. patients who recovered from COVID-19 thanks to...