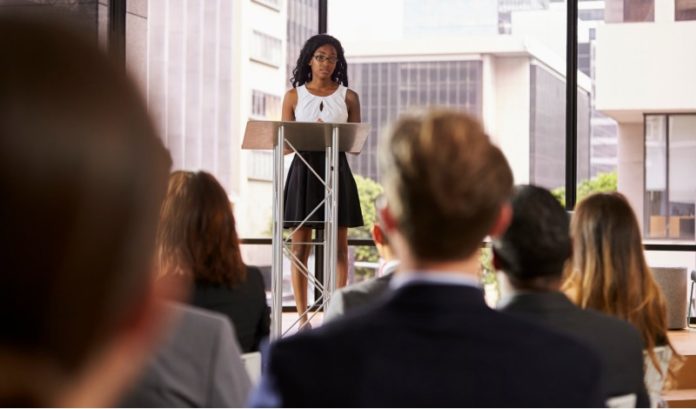 With a four-decade career that includes time as a front-line nurse, hospital executive and hospital CEO, Judith Persichilli was uniquely qualified to be the state’s commissioner of health when she started in the job last summer.

Now that the COVID-19 pandemic has made its way into New Jersey, some feel Persichilli has another quality that may make her an ideal leader in this time of crisis: She is a woman.

At a time when women are still fighting to get equal pay and equal recognition in the everyday workplace, some women said they feel some common gender stereotypes — such as women having more empathy and better communication skills — help position women to be better crisis managers.

Lisa Kaplowitz, the director of the Center for Women in Business at Rutgers University and a professor of finance and economics, feels that way.

“Those skills are needed in a time of crisis,” she said. “One of the biggest things that any leader needs to do right now is be transparent and be empathetic to their team members, because anxiety and uncertainty are heightened during a time of crisis. The more that you can alleviate those concerns, the more you’re going to be able to then get people to perform.”

As the global CEO of Verizon’s business line, Tami Erwin is one of the top female leaders in the state, overseeing more than 30,000 employees globally.

Erwin has long pushed for more women in leadership positions, and agrees crisis management is an area where females shine.

“I have a belief that women are terrific at what they do, but particularly in crisis because, A) they are great at multitasking, and B) they’ve got a lot of compassion and kindness — so, they’re thinking about the whole situation,” she said. “It’s not that men don’t, but I think those are some of the feminist leadership characteristics that we have.”

Erwin said the emotional connection between a supervisor and their employee has never been more important.

“I think one of the things we don’t talk enough about in this crisis is the anxiety and the loneliness and the fear that people are experiencing,” she said. “I think that women tend to recognize the need to really care for employees in a way that recognizes their performance, but also recognizes the emotional component of how they may be feeling and really making sure that we provide them with the tools and capabilities that are important.”

Persichilli has been given rave reviews for her leadership in this time of crisis.

Gov. Phil Murphy — who insisted on diversity in his leadership team and was the first governor to appoint more women than men to top positions — praises her daily. As he does with Lt. Gov. Sheila Oliver and others.

State Police Superintendent Col. Pat Callahan did so Saturday, without prompting, after rattling off his usual updates.

“I just want to assure — not only the 9 million residents in the state of New Jersey — but every patient under any type of care, that there is no greater advocate for you than Commissioner Persichilli,” he said. “Her passion and compassion is second to none.”

Persichilli also is a rare female leader during this COVID-19 crisis, both in New Jersey and around the country.

At the federal level, Dr. Deborah Birx is the coordinator of the White House coronavirus task force. And, while she receives equal standing with Dr. Anthony Fauci, the director of the National Institute of Allergy and Infectious Diseases, they both are overshadowed by President Donald Trump.

Of the states hardest hit by the pandemic — New Jersey, New York, Washington, California and Michigan — only Michigan is led by a female governor, Gretchen Whitmer. She gained national attention earlier for her willingness to battle Trump, when he dismissively called her, “the woman in Michigan.”

It’s not just surprising that more women have not assumed leadership roles during this crisis. It also may be a statistical anomaly. Women tend to be elevated to leadership roles in crisis so often, there’s actually a term for it: the Glass Cliff.

The term was created in 2004 by British professors at the University of Exeter in the United Kingdom.

But it’s not necessarily a good thing: Whether it’s being selected to lead a company in turmoil, being assigned as lead attorney in a difficult case or being selected to run in a difficult political race, researchers have found women are not just selected for their leadership skills — but for their willingness to take any opportunity to prove themselves. Even ones where the potential failure rate is much higher.

At least, that’s the feeling of Kristina Durante, a research professor at the Rutgers Business School who has done studies on gender differences.

“Women have some personality qualities that help in times of crisis,” she said. “They’re more empathetic and they have higher levels of nurturance. That’s just the gender difference that exists, and it has existed across thousands of years of human history.

“That’s where a lot of the gender differences come from. They emerged because men and women need to specialize in different things.”

Durante said women have been hardwired to be more selfless. And while that’s an admirable — and desired — trait to have in a crisis, Durante said it’s not one that is usually required or desired in the business world. Selflessness can be a bad trait in normal times, she said.

“We teach women to use boundaries and to say, ‘No,’” she said. “We have to train women to think that way because, while this helped a lot during human evolutionary history, it doesn’t help as much outside of a crisis when you’re trying to forge ahead (in the business world).”

Erwin said she sees this issue when trying to push more women into leadership roles — especially in the tech sector.

Then there’s this: Women in business often have been told to avoid taking on the “unpaid labor” positions in the office. Women often are the ones in a company who make sure birthdays and special occasions are recognized and events that are aimed at building camaraderie and culture are coordinated.

In times of crisis, that skillset often moves to the top of needed traits, some women said.

“It’s a really interesting question: When do these qualities that we have to basically train women out of actually come in handy?” Durante said. “It’s times like these.”

Amy Mansue is one of the most admired and respected female executives in the state. She currently serves as the chief experience officer at RWJBarnabas Health, but has been a top leader in health care, insurance and government. She is perhaps best known for her time as CEO of Children’s Specialized Hospital in Mountainside, a position she held for more than 12 years.

Mansue had nothing but raves for Persichilli during this crisis.

“I’ve said this a hundred times in the last week: No other person could be in the commissioner of health role and have the same respect and gravitas that Commissioner Persichilli has,” she said. “She’s been there, she’s run hospitals, she was a line nurse.”

Mansue said it’s that experience — more than Persichilli’s gender — that is key. But she also said her experience as being someone who has connected to her colleagues is more important than ever.

“I think taking the time to explain the reasons why companies have to make these decisions and implement these actions gets buy-in and understanding a lot more quickly.”

Michellene Davis,  an executive vice and chief corporate affairs officer at RWJBarnabas Health, is a past president of Executive Women of New Jersey.  She feels the obstacles women face in their everyday life make them an ideal leader in a crisis.

“The majority of women in business have had to balance multiple roles, fires and biases merely to show up on a daily basis,” she said. “Traditional caregiving roles, being ‘firsts’ to break through barriers and often being the only woman in the room prepares executive women as leaders to be both ‘up against the clock’ and to ‘walk through the fire’ simultaneously.

“In times of crisis, would you prefer a leader who had never been questioned, challenged and tested or one whose career had been honed by her ability to overcome these challenges?”

In the end, Mansue said leadership is what matters most.

“You’ve got to create structure,” she said. “You have to create boundaries. You have to clearly show people where they’re going. And you have to provide hope. I think that that is critically important.

“So, do women have more compassion to understand this than men? I don’t think so. This is about being human. But there is something unique about having the ability to make sure all of those skills are at the table at the same time in order to address the multiple needs.”