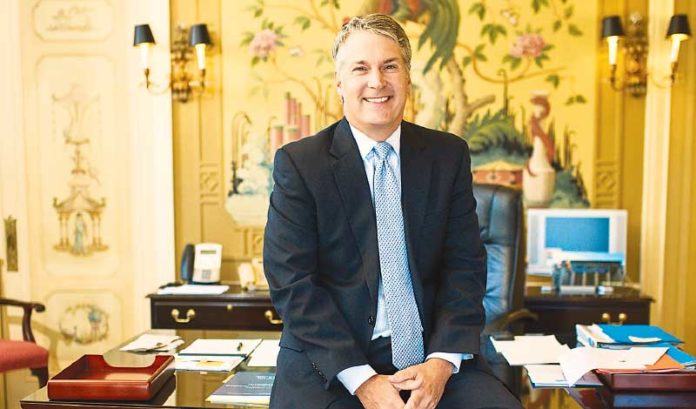 Salary cutbacks, hiring freezes and the stoppage of construction projects will dot the landscape of higher education in New Jersey as it adjusts to the new economic normal caused by the COVID-19 pandemic.

Monmouth University President Patrick Leahy was the latest to address the issue, when he told members of the school community that he will be taking a 25% pay cut while other top administration officials will get a 10% cut, according to an email that went out Tuesday.

Leahy said the school is freezing all academic and non-academic hiring through the end of the fiscal year while developing a furlough program. He said the school also must “aggressively” manage operating expenses — with a goal of saving $4 million.

A copy of the email was sent to ROI-NJ. Its contents were first reported by NJ Advance Media.

Such cuts are almost certainly coming at institutions throughout the state.

In interviews with ROI-NJ last week, Rowan University President Ali Houshmand and New Jersey Institute of Technology President Joel Bloom both said economic actions of some sort would need to be taken to confront the fiscal reality.

Houshmand said the school already has halted $200 million worth of capital projects and was considering salary adjustments.

Bloom said the disruption has made the school rethink all of its plans, based on a projection of up to a $15 million deficit that appeared almost overnight.

“I can just go down the list and tell you what the plans were and how in three weeks they’ve all evaporated,” he said. “In three weeks, we went from a balanced 2020 budget, maybe even finishing with a couple extra dollars in the till, to where we are.”

The good news for schools? There will be money for them in the federal CARES act.

But, as Leahy wrote his community, what that assistance will be — and when it’s coming — is not certain.

“The details on that funding, including when it will arrive and how it may be spent, remain unclear,” he wrote. “We cannot count on these funds to be flexible enough to help balance our current budget, so we must take matters into our own hands.”

Leahy told his community the cuts this week cannot be avoided.

“We have no choice but to create room in our operating budget this year both to cover lost revenue and to fund the unforeseen expenses associated with the rapid transition to remote instruction and learning,” he said. “Doing all of this will give us a fighting chance to break even in the midst of this crisis.”