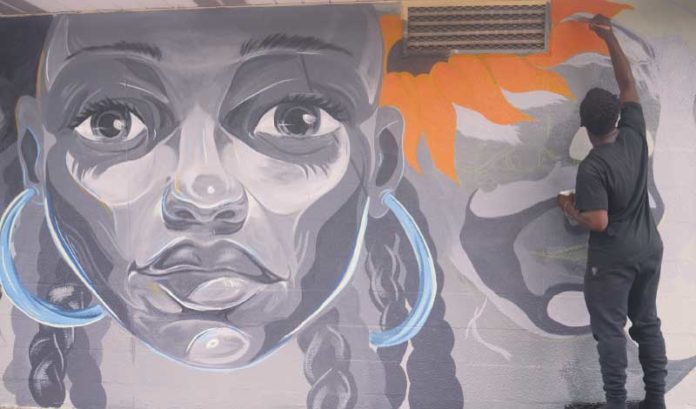 Airaj Hasan checks his cell phone once more. The real estate developer is awaiting the arrival of the representative from Wachovia, who he’s hoping to talk into a construction loan that could revive the abandoned East Orange property he stands outside.

The year is 2007; it’s a time when, although Hasan would never know it, financial institutions are more lenient with lending than they’ll be for another decade.

Finally, the loan officer he’s waiting for pulls his vehicle onto South Harrison Street from the Garden State Parkway.

He stops. And then he drives away.

“He had called us on his cell phone without even getting out of the car, and said, ‘I’m not comfortable leaving my car in this area, much less lending you however many millions of dollars you need for this project,’” Hasan’s son, Ibrahim Hasan, said.

Regardless of how free-flowing money for real estate projects might have been prior to the recession, the Hasans found securing market-rate financing in East Orange, a city once beleaguered by high crime rates, a near impossibility.

Ibrahim Hasan, director of finance and operations at Blackstone 360 LLC, was working to carry out the vision of his father, Airaj Hasan, founder and CEO of Newark-based Blackstone. That dream was of being the first to take on Class A real estate projects in a market that was underserved — but primed for redevelopment.

The East Orange he envisioned is the one people are now living in.

The firm, which just completed construction on its fifth major development project in the city, has already built or has currently under construction more than 800 apartment units. Overall, the city has several thousand residential units approved to move forward within the next few years.

“We had this thesis about the potential for Class A multifamily residential development working in this market,” Hasan said. “And it’s paying off.”

The first local property of Blackstone 360 — the one that proved to be more of a pit stop for loan officers than somewhere they honestly considered investing in — was a dilapidated 10-story building at 141 S. Harrison St. that the builders purchased at an auction for about $1.5 million.

Today, it’s Indigo 141, which was the city’s first new multifamily Class A rental property in several decades when it opened in 2009. The building’s 105 high-end apartment units were fully leased within just three months. It was a major transformation in a city that was itself transforming.

“When we first went to go see the building prior to it being auctioned, the building was full of squatters and drug dealers,” Hasan said. “We needed a police escort just to get inside, because it was that dangerous. … Now, I live in East Orange and have absolutely no qualms about my wife walking to and from the train station after dark. The safety concerns just don’t exist anymore.”

East Orange Mayor Ted Green said the city was stigmatized for many years as being an unsafe area, but he cited figures from the city’s Department of Public Safety that point to an around 80% drop in crime over the past 15 years.

Green added that, in the past year, crime has reached its lowest point since 1964.

At the same time, the mayor touts efforts such as improvements to the city’s plan for street sweeping services as further incentives for the around $1.3 billion in real estate projects under construction and in the development pipeline in East Orange.

Often, he said he finds himself in awe of the new residents pouring out of the city’s commuter rails during evening hours.

The big push now is to take the city’s influx of renters and convince them to be local homeowners.

“Because we want our millennials to not only become part of our community, but we want them to invest in it,” Green said.

Daniel Jennings, director of the city’s Policy, Planning and Development Department, said East Orange has an advantage over markets that young professionals are being priced out of.

“The value proposition here can’t be beat when you look at surrounding towns,” he said. “You take a two-bedroom unit and you look at the rent here, it’s just so much of a better value.”

Developers such as Hasan believe so, too.

These developers are touting some still-overlooked benefits of East Orange, such as access to highways, two major hospitals as well as Seton Hall Law School and other strong institutions that maintain high levels of employment nearby.

“Just about everyone is saying good things about East Orange,” Green said. “They see that the future is really bright.”