Home Finance Murphy on potential $9B bond sales: ‘We are going to have some...
Facebook
Twitter
Linkedin 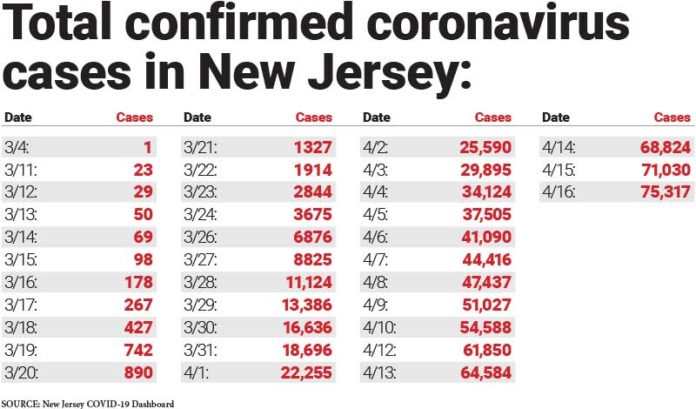 Gov. Phil Murphy said he would welcome the opportunity to have the federal government buy municipal bonds from the state — a proposal that could help the state get $9 billion in funding, but possibly crash its credit rating at the same time.

Murphy, at his daily COVID-19 briefing, said the state has to consider all options at this time.

“This is something I feel personally pretty strongly that we need to have as a tool in our tool kit, particularly with uncertainly at the national level,” he said. “I don’t see any other way around it.”

Murphy said he hopes the federal government would provide the much-needed money he has asked for since the beginning of the crisis, but said he knows that may not be a financial or political reality. Not having a different funding source would be a huge mistake.

“We are going to have serious cash flow challenges,” he said.

Without a backup plan, Murphy said he would be leaving the state in peril.

“If we don’t have that as an option and we don’t get the federal money, folks should assume we’re going to have to gut programs, and that will effect everybody in this entire state — there’s just no other way around it,” he said.

“I hope the federal government comes through. I hope we have a recovery that looks like a V and we’re back on our feet, sooner rather than later. I’m hoping for the best, but I’ve got to prepare for the worst, that’s my job.”

Here are other notes from the briefing:

Murphy said he wished the state had more money for the Economic Development Authority small business grant program that was tremendously oversubscribed.

“If we had more money, we’d be putting it into the programs, trust me,” he said. “The bank is running dry.”

Murphy said New Jersey is like other states short on cash. He said he had a call with U.S. Senate Minority Leader Chuck Schumer (D-N.Y.) talking about federal aid — and monies particularly for small businesses.

“You’ve seen the debate going on,” he said. “It’s partisan at the moment; I hope we can break through that.”

Here are the hospital numbers from the 24-hour period ending 10 p.m. Wednesday:

Murphy on why there is movement on raising New Jersey Turnpike fares during a time of crisis:

“I feel strongly that transportation-related money needs to be the direct source wherever possible for transportation projects. We’re going to wake up from this at some point — please, God, sooner than later. And we have a state that we’re going to need to make sure is standing and is there for us in a year for us in a year, three years, five years, 10 or 20 years. And that’s a reality.”